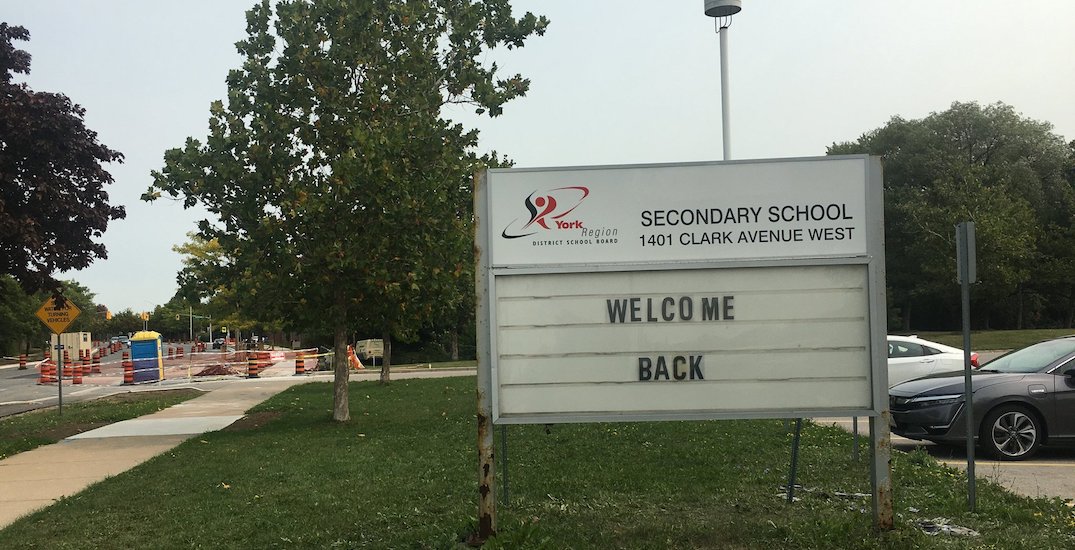 The York Region District School Board trustees have voted unanimously to rename Vaughan Secondary School amid awareness of the name’s racist past.

In a statement released by the YRDSB on Wednesday, at its September 15 board meeting, the trustees passed the vote on changing the name of the high school, located at 1401 Clark Avenue West in Thornhill.

“It is important that our education system is responsive to the lived experiences of all of our community members, including students and families of our Black community,” said Juanita Nathan, Board Chair.

“Students, staff members and families can continue to feel proud of being a part of this school and a school community that centres equity and inclusivity and shows a commitment to anti-Black racism.”

According to the statement, the decision is in line with Policy #445, School Names policy and procedures, which requires school names “to be based on principles of equity and considers the culture, history and accomplishments of the school(s) affected.”

Vaughan Secondary School is named after Benjamin Vaughan, a historical figure who is linked to slavery and anti-Black racism, something of which community members have expressed their feelings against.

“Addressing anti-Black racism is a priority for York Region District School Board,” said Director of Education Louise Sirisko.
“The name of a school should be supported by the local community and provide opportunities for students, parents and community members to be inspired to learn.”
Other cities making changes include Toronto, where city officials are planning to remove the Dundas Street name and all other civic properties that bear the same name due to also being linked to a racist past.

Although there are more details about the renaming process to be discussed for YRDSB, the Board has already removed the name “Vaughan” from the front sign of the school.