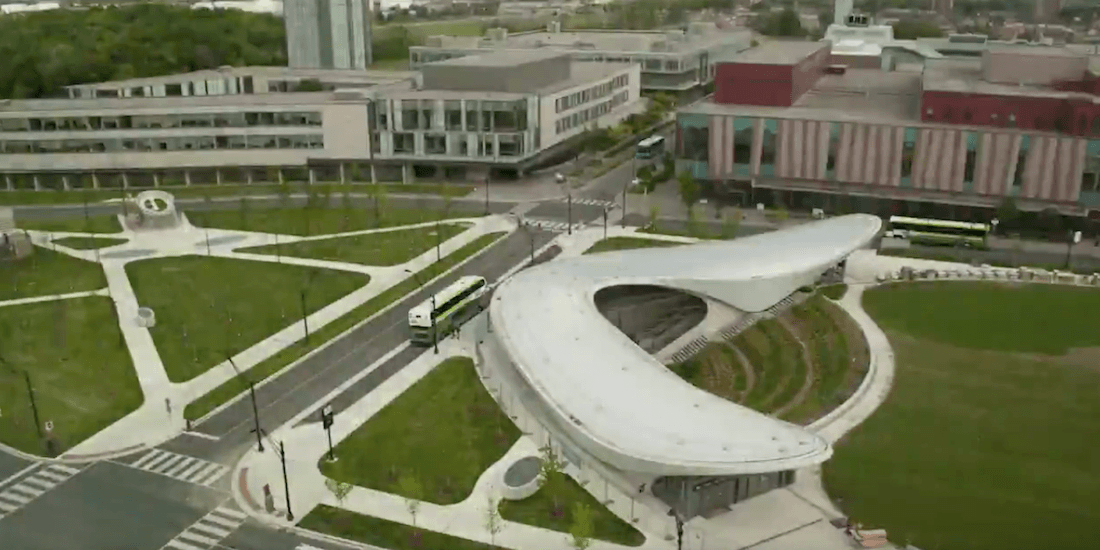 Over the weekend, York University finally got a subway station.

The new six-station, 8.6-km TTC extension of Line 1 runs from Sheppard West Station through York University and into York Region, ending at the Vaughan Metropolitan Centre at Hwy. 7 and Jane Street.

According to the TTC, York University Station is located at 120 Ian Macdonald Blvd. with two entrances to the north and south side of the Harry W. Arthurs Common. Most of the existing TTC bus service through the Common will be relocated to bus terminals at Finch West and Pioneer Village stations. The campus will also be served by the 106 Sentinel route and Wheel-Trans. GO Transit, YRT, Viva and Brampton Zum services continue as usual.

And as the week began, York University shared an epic time-lapse that shows the major construction project in under 30 seconds.

Check out York’s video below!

TIME-LAPSE! Now that the @ttnotices #YorkUSubway station is open, take a look back at the mega-build that took place to make it all happen! | #Line1ext #YorkU pic.twitter.com/RW6T3O0SCE