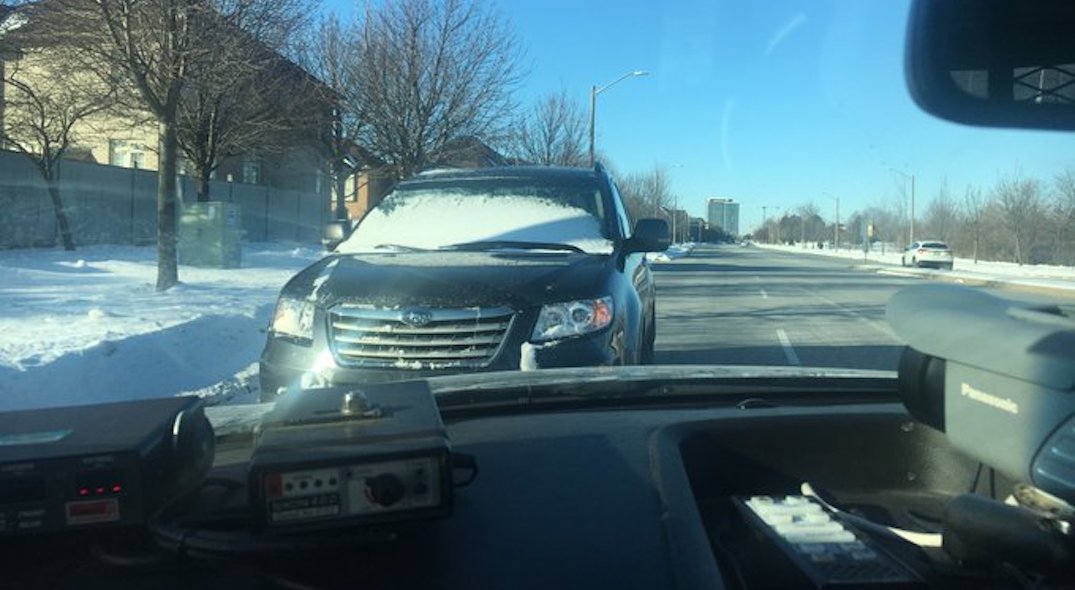 A driver in Richmond Hill has been charged after law enforcement says they were spotted with a windshield covered in snow.

According to York Regional Police, an officer saw the vehicle at 9:30 am on Friday, near Bantry Avenue and Bayview Avenue.

“This vehicle was actually spotted driving down the road like this,” they wrote while sharing an image of the snow-covered windshield.

Police say the driver was charged for No Clear View, which carries a fine of $110.

Shocking, but true, this vehicle was actually spotted driving down the road like this. An officer stopped the vehicle at 9:30 a.m., at Bantry Ave & Bayview Ave in Richmond Hill. The driver was charged for No Clear View. pic.twitter.com/lWNuTvndGR