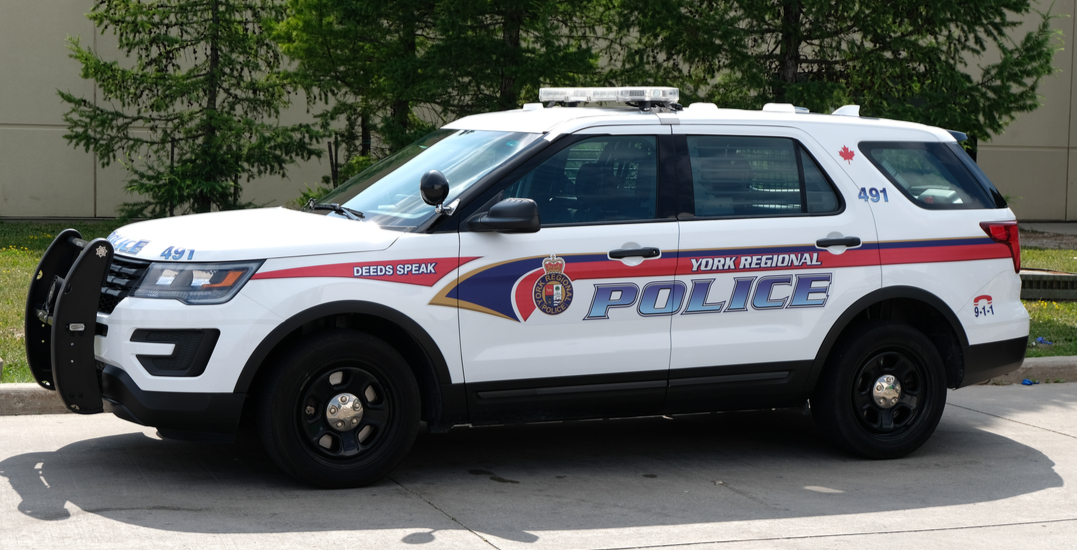 A 44-year-old man has been charged by York Police in connection with an alleged hate crime after damaging a rainbow crosswalk in Aurora, Ontario.

According to the York Regional Police Hate Crime Unit, on August 21, officers received a report of a suspected hate crime incident after the unveiling of a new rainbow crosswalk at Yonge Street and Wellington Road.

It is reported that a pick-up truck allegedly drove over the crosswalk and left black tire marks on the rainbow, before returning a short time afterward to leave more marks.

On September 23, 22-year-old Phillip Simmons of Newmarket was arrested and charged with two counts of Mischief.

York Regional Police have recently charged an 18-year-old man in connection with another hate-motivated crime that occurred at a Markham High school back in April.

On April 15, officers received a report from a high school staff member in regards to hate-motivated comments that were allegedly made during a Grade 12 online class.

“York Regional Police does not tolerate hate crime in any form. Those who victimize individuals based on race, national or ethnic origin, language, colour, religion, age, gender, sexual orientation, gender identity or mental or physical disability will be prosecuted to the fullest extent of the law,” said police.