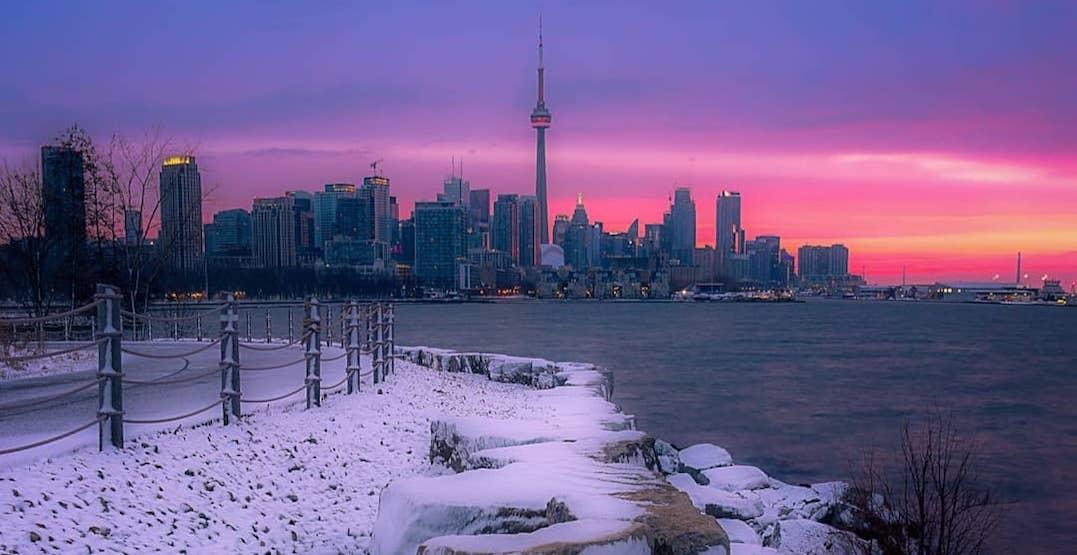 Enjoy today’s low-key weather while it lasts, Toronto, because Wednesday marks the beginning of some dramatic shifts… including the year’s coldest temperatures to date.

Following Tuesday’s 3°C temperatures, Wednesday night will see a large system bring snow into southwestern Ontario, which should be landing in the GTA by Thursday morning, according to The Weather Network.

Ensure you plan ahead for that day. Morning commutes are expected to be impacted as the bulk of expected snow will fall in the early day, but lingering flurries could also have a role to play in end-of-day travel.

Through Thursday evening, 5 to 10 cm of snow is expected across southern Ontario, with closer to 10 cm being called for from the Niagara region along the northern shores of Lake Erie.

And after the snow, reportedly, comes the cold. To kick off the Family Day long weekend, temperatures are expected to drop as much as 10°C on Friday and Saturday, with windchills leaving folks feeling like they’re in -20°C to -30°C weather.

Saturday morning looks like it’ll be bringing about some of the coldest temperatures of the year so far, The Weather Network says.

The afternoon is showing a temperature of -3°C while feeling like -9°C, but those overnight temperatures of -17°C will likely impact the day’s early hours.

“While it’s nothing exceptional for this time of year, it will be a shock to the system in a winter that has had minimal arctic air,” says Weather Network meteorologist Dr. Doug Gillham. 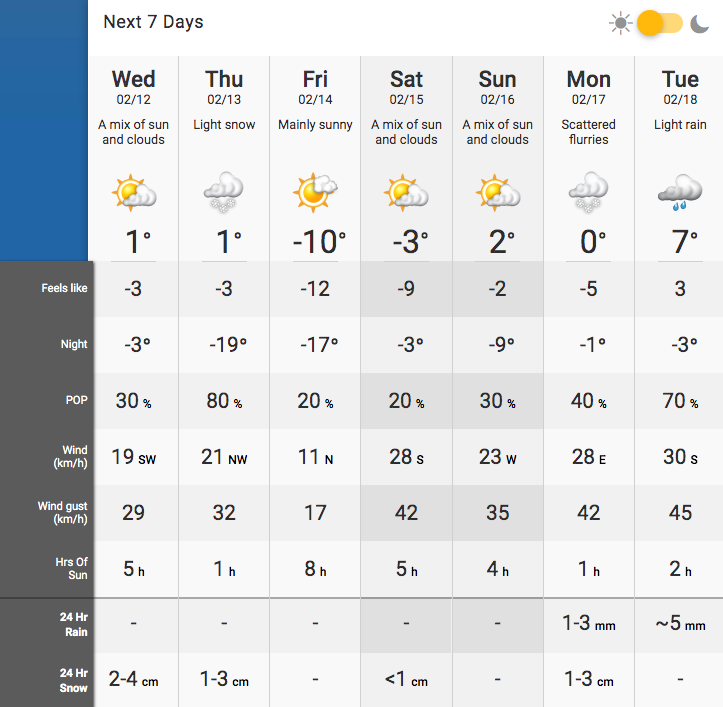 But don’t despair too much — the bitter cold isn’t expected to last long, with more mild temperatures expected to return throughout the weekend and into next week.

Through to the end of February, as of now, there are no signs of consistent frigid cold.