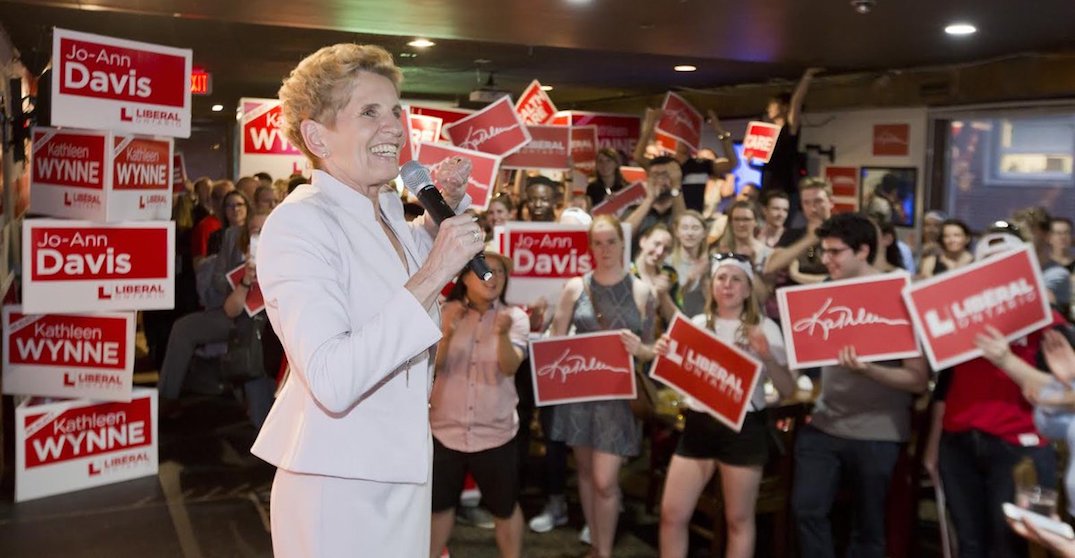 The former Premier has decided to step down.

The Liberal leader knew this was her fate, and admitted defeat just days before the general election.

“On June 7th voters will elect a new government. I don’t know who voters will choose but I am pretty sure that it won’t be me,” said Wynne in a statement over the weekend.

And while Wynne encouraged voters to elect Liberal candidates to prevent the NDP or PCs from securing a majority, it wasn’t necessarily the case at the polls.

During the 2018 general election, Wynne and the Liberals only secured seven seats.

At the Liberal campaign headquarters, Wynne said it’s been a “difficult night’’ for her Liberals.

Among Wynne’s accomplishments were balancing the provincial budget for the first time in a decade, making record-breaking infrastructure investments in Ontario’s roads, schools, hospitals and transit systems, and securing a historic national deal to improve retirement security by enhancing the Canada Pension Plan.

Her government worked on making tuition free for hundreds of thousands of students and raised the minimum wage for workers.

Wynne also introduced OHIP+ which provides free prescription medication for young people in the province, from birth until they turn 25.

A Richmond Hill native, Wynne was first elected as an MP for Don Valley West in 2003 and has served as Minister for five departments and been re-elected three times.