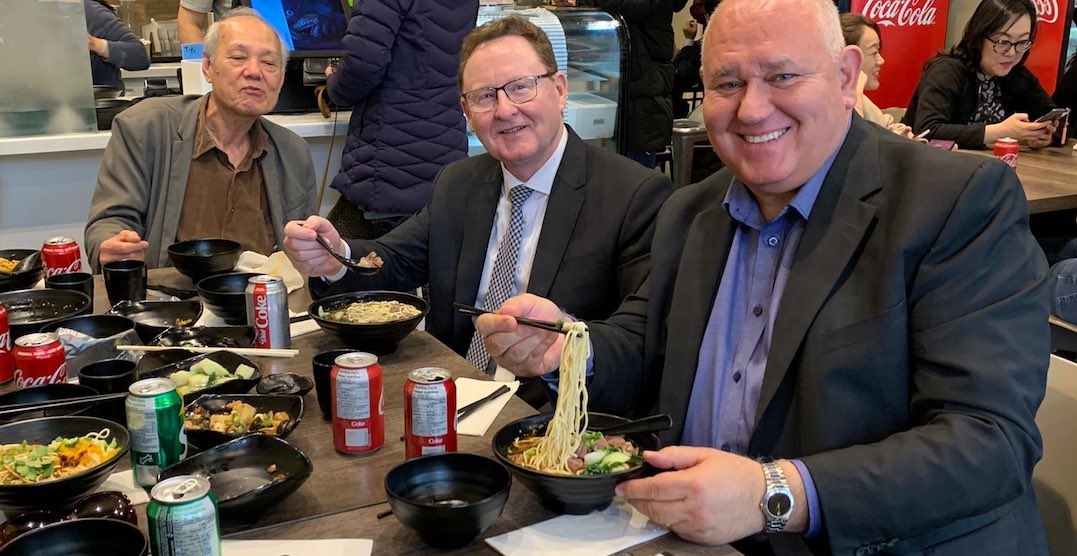 The Markham community has shown an outpouring of support for local business Wuhan Noodle 1950 in the last couple of days, after the restaurant reportedly faced discrimination related to the novel coronavirus that originated in Wuhan, China.

Notable faces from the city including politicians, educators, and restaurant CEOs have shared images of the packed eatery on social media, and commented on the “delicious” food.

Markham Mayor Frank Scarpitti said that it was heartwarming to see the community support the establishment, while sharing a photo of his noodle bowl. He described the spot as “busy and bustling.”

It is heartwarming to see the community supporting Wuhan Noodle 1950 in Markham, after reports the restaurant was getting prank calls and was the subject of discrimination on social media. I had a delicious lunch and it was busy and bustling. This is Markham! #WeAreMarkham pic.twitter.com/PGYJJXeV9a

President and CEO of Centennial College, Dr. Craig Stephenson recently dropped in as well, as did the Minister of Small Business, Export Promotion, and International Trade, Mary Ng.

Stephenson said the food was “super,” and Ng called Wuhan Noodle one of her favourite restaurants.

Wuhan Noodle 1950 restaurant was subject to misinformation & racist attacks via Instagram. Heartening to see people showing support when I ate there. Served by a #CentennialGrad – super food, highly recommended! pic.twitter.com/HDK5hqnQWK

Mohamad Fakih, the CEO of Paramount Foods – who has a track-record for doing good by small, local businesses — also stopped by.

The restaurant took to its Instagram account — which shows its first image posted only six days ago — to thank guests for coming to support them.

Thank you for coming and supportting us! Hope everyone enjoying our noodles! Thanks again!