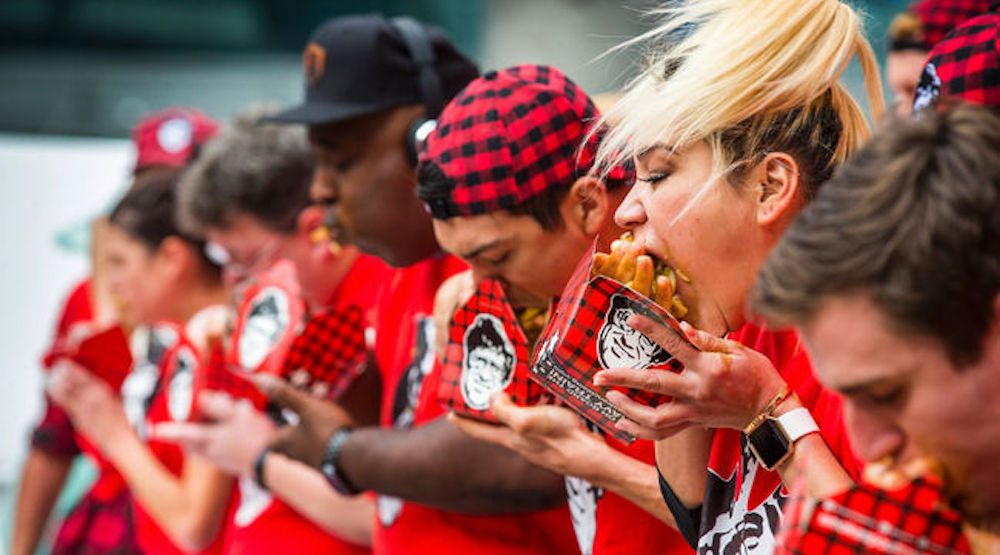 The second-largest eating competition in the world is coming to Toronto.

Sanctioned by Major League Eating (MLE), the World Poutine Eating Competition (WPEC) will celebrate its 10th anniversary this year. That means the city’s seen a decade of gravy-fuelled, fierce competition… and this year’s event might just take the cake.

Hot dog eating champion Joey Chestnut will be there, as will many of the fastest eaters in the world.

Major League Eaters from all over the world will take part in the Professional Eat-Off, while industry CEOs will devour endless boxes of fries, curds and gravy in the CEO Charity Eat-Off.

“When we launched this puppy back in 2009, it was all about the eating, and entertaining our fans in a totally unexpected way!” says Ryan Smolkin, CEO (Chief Entertainment Officer) of Smoke’s Poutinerie, in a release.

“Now, even though we bring our own brand of entertainment to our Fans, it’s truly all about the kids – about contributing over $250,000 so far to charity, that’s why we throw this ROCK N’ ROLL Stage Show!”

And, as always, fans will get the chance to indulge in free poutine, exciting sponsored activations, selfie spots, prizing, and more! 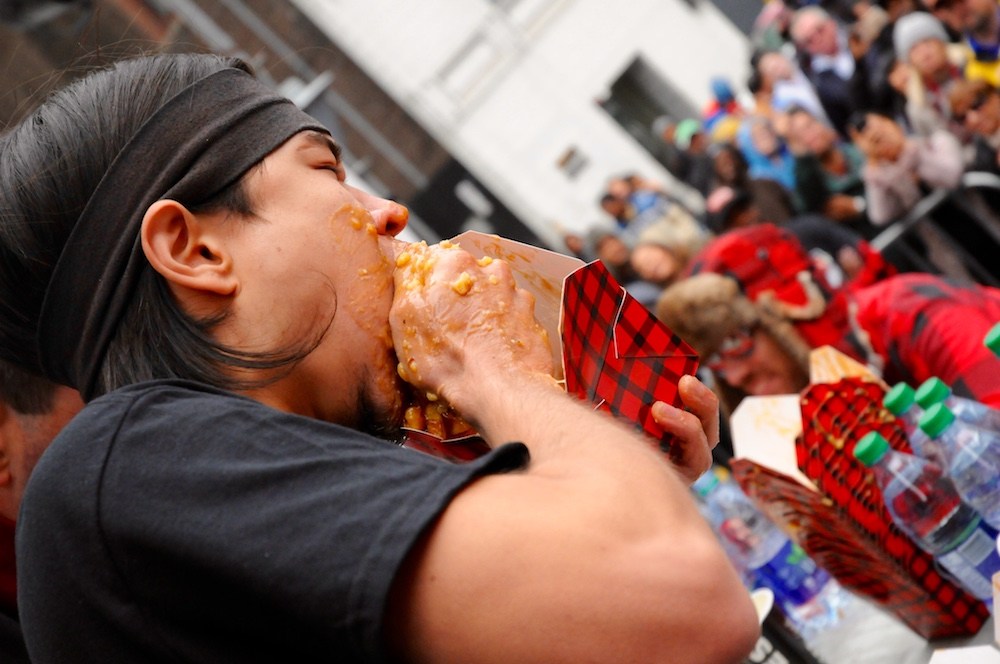