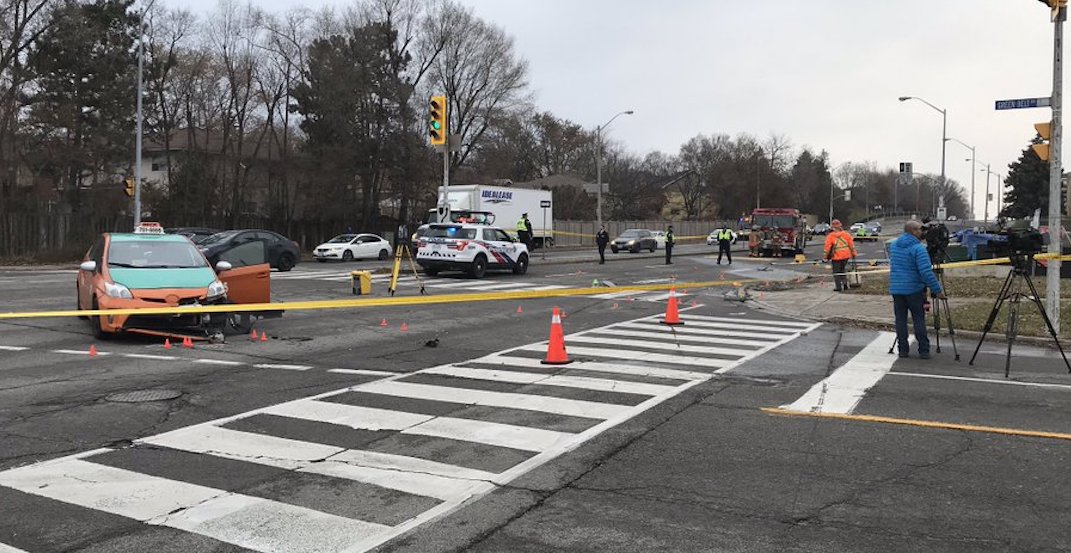 A woman is dead after two vehicles reportedly collided and knocked over a pole in North York on Monday afternoon.

Emergency crews say they were called to the area of Don Mills Road and Green Belt Drive, just south of The Donway, in the afternoon for a two-vehicle collision.

Police said one of the vehicles struck a pole, which is now on the ground.

When officers arrived at the scene, they reported one person was trapped inside one of the vehicles.

Police said a female was found with life-threatening injuries, however, she succumbed to her wounds shortly after arriving to hospital.

A traffic reconstruction team is on the scene to determine how the crash occurred.

All northbound lanes of Don Mills Road were closed to allow for cleanup and an investigation.

Transit was also detouring as a result of the collision.

Update:
– The female who was deemed to be in life threatening condition, has succumbed to her injuries and has been pronounced deceased in hospital
– we are in the process of notifying next of kin and will not be providing any further details on the victim at this time.^adc