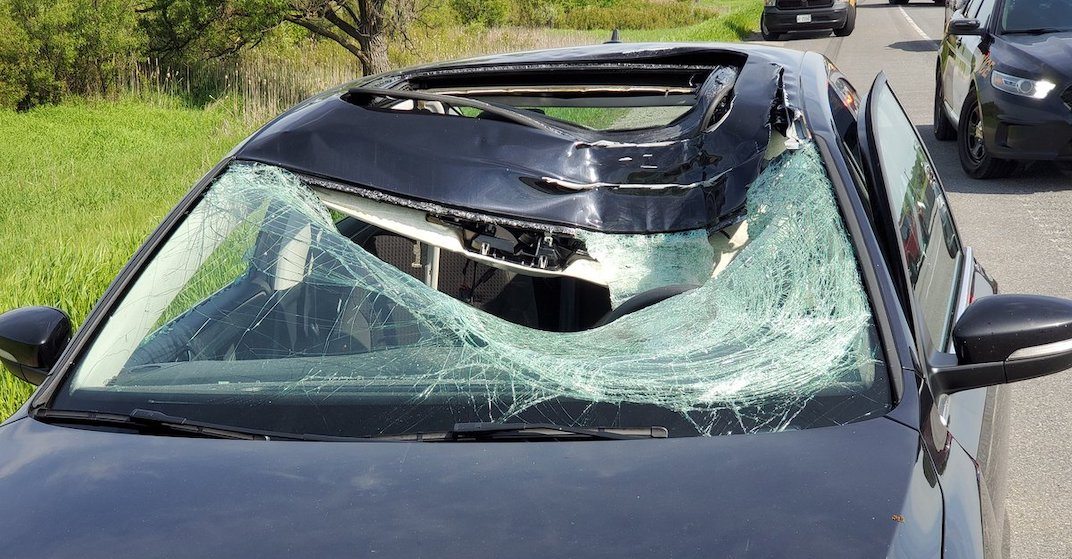 A 29-year-old woman from Barrie has reportedly been airlifted to a Toronto hospital with serious injuries after a tire smashed through her vehicle’s windshield on Highway 400 Wednesday morning.

Ontario Provincial Police say a passenger vehicle was driving northbound on Highway 400 near Highway 89 when it lost a tire that bounced into the southbound lanes of the highway before colliding with an oncoming vehicle’s windshield.

OPP Sgt. Kerry Schmidt said the vehicle was significantly damaged and the driver’s injuries are serious.

Serious injuries to 29 year old female from Barrie after a vehicle on #Hwy400 NB at Hwy89 lost a wheel and bouced into the SB lanes colliding with a SB vehicle pic.twitter.com/82yVZnjRhx

Earlier, Schmidt said drivers on Highway 400 can expect massive delays in all directions, but all lanes have since reopened.

Update: All lanes have reopened in both directions on #Hwy400 between #Hwy89 and IBR after early morning wheel separation that caused serious injuries to a 29 year old woman from Barrie pic.twitter.com/VsaJHovkV9