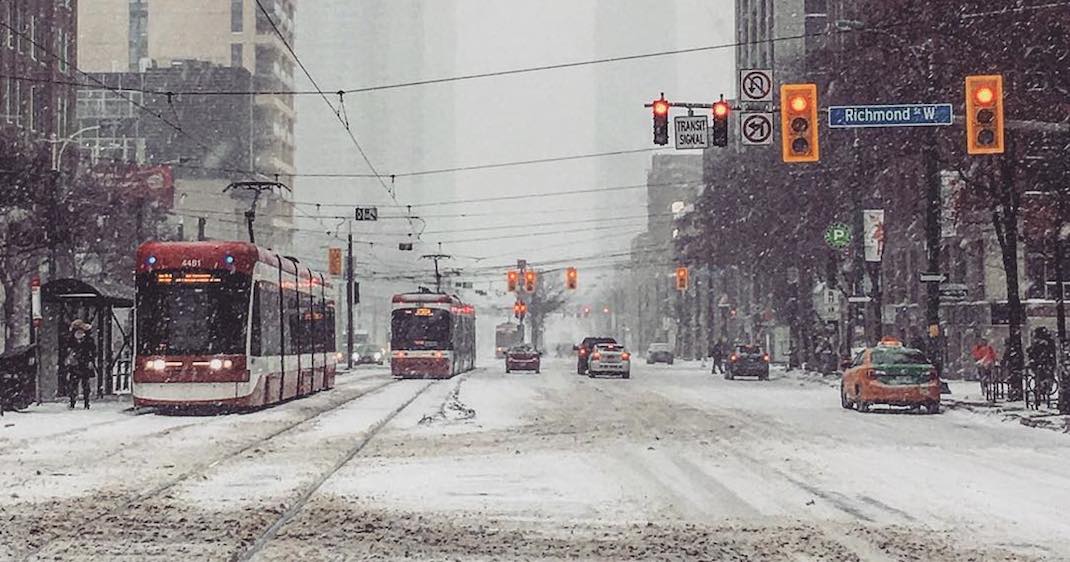 Environment Canada’s “Winter Weather Travel Advisory” for Toronto, in effect for Friday and this evening.

According to the weather agency, this Winter Weather Travel Advisory has been upgraded from a Special Weather Statement that was previously in effect.

“A well organized snow squall originating from Lake Huron will move across the area late this afternoon into this evening,” states the advisory.

“At this point, it seems very likely this band will impact the afternoon/evening commute in the Golden Horseshoe from Oshawa to Hamilton. This band may also impact the 401 corridor from Oshawa to Kingston late this afternoon as well.”

Environment Canada adds that this band will “be capable of producing quick accumulations of 2 to 5 cm in an hour along with sudden reductions to visibility in heavy snow.”

It also said that the timing of this snowfall may potentially lengthen afternoon commute times significantly.

Additionally, Environment Canada is calling for a high of -3°C but with the windchill, it will feel more like -14°C, so make sure to bundle up.

Some warmth is on the way, as Monday is calling for 7°C, although it will be accompanied by showers.