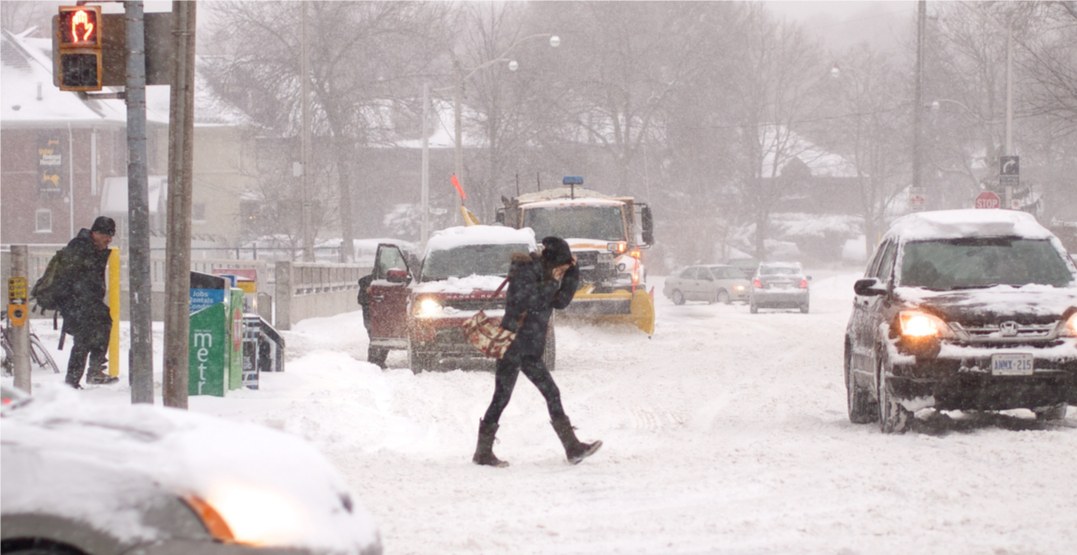 According to Environment Canada, a winter weather travel advisory is in effect for the City of Toronto on Monday evening.

“Periods of snow are gradually developing across the Golden Horseshoe in response to a weak low pressure system crossing the region. The enhanced band of lake effect snow which affected parts of the region for much of the day has now become more focused in the southern Durham region into east Toronto,” reads the weather statement. “This band is expected to persist most of the evening, coming ashore from Lake Ontario between Oshawa and Pickering into Scarborough.”

The weather centre says that the snow will likely impact the commute home, even though initial snowfall amounts are light.

Environment Canada forecasts the total snowfall amounts tonight to be up to 5 cm, except under the more persistent lake effect band where 10 cm is possible.

Roads may become snow covered and icy. Visibilities are expected to be reduced at times in the snow band. 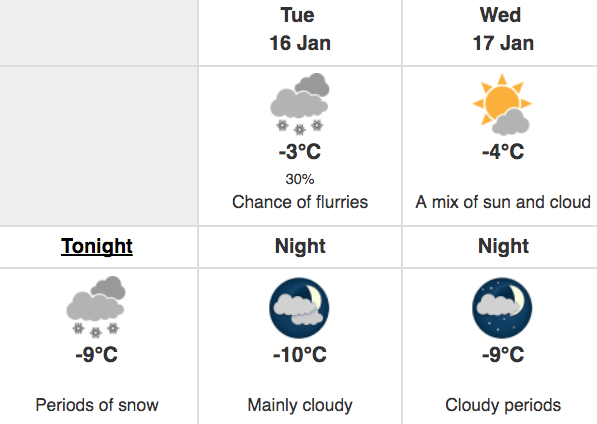 The snow will taper off to a few flurries early Tuesday morning.