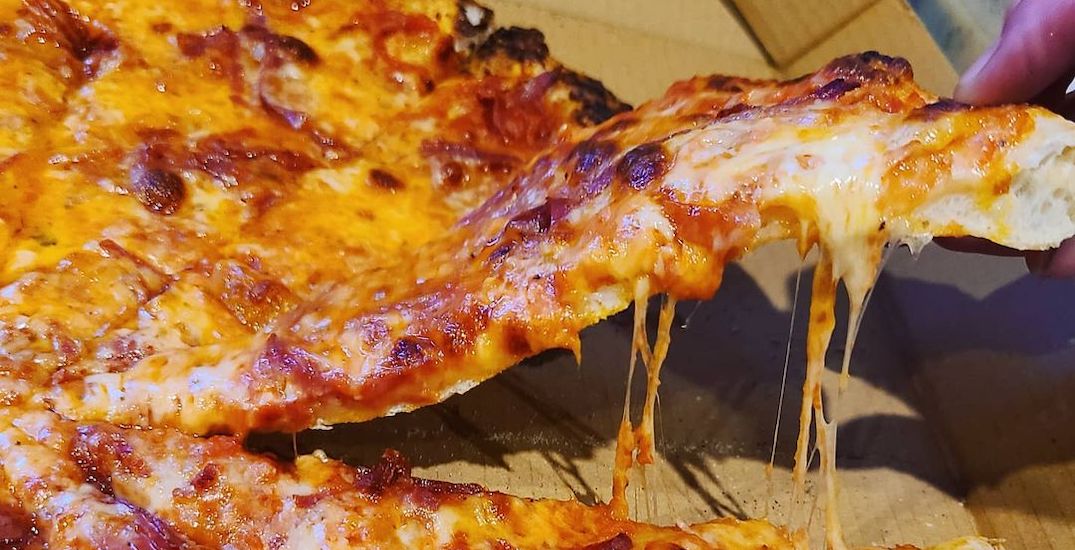 According to the pizza shop’s Instagram page, the restaurant, now open at 946 Bloor Street West, ran a soft opening this past weekend with menu items starting at $18.

Only being opened for a few days, Ambassador Pizza tells Daily Hive that they have been selling out as they’ve been taking pre-orders for the next day.

You’ll also want to try “The Big Three,” which is basically a meat lovers pizza with shredded pepperoni, bacon, and sausage.

“Our pizza in Windsor is one of the things in which we are most proud,” said the pizza shop to Daily Hive.

“We wanted to give our fellow Windsorites a comforting taste of home and educate Torontonians about what Windsor pizza really is. It is our heritage product if you will.”

They recommend getting your orders in early if you’re hoping to try what Windsor has to offer.

Ambassador Pizza Co. is open Wednesday to Sunday from 5 pm to 10 pm for pick-up only.

Hours: Wednesday to Sunday from 5 pm to 10 pm