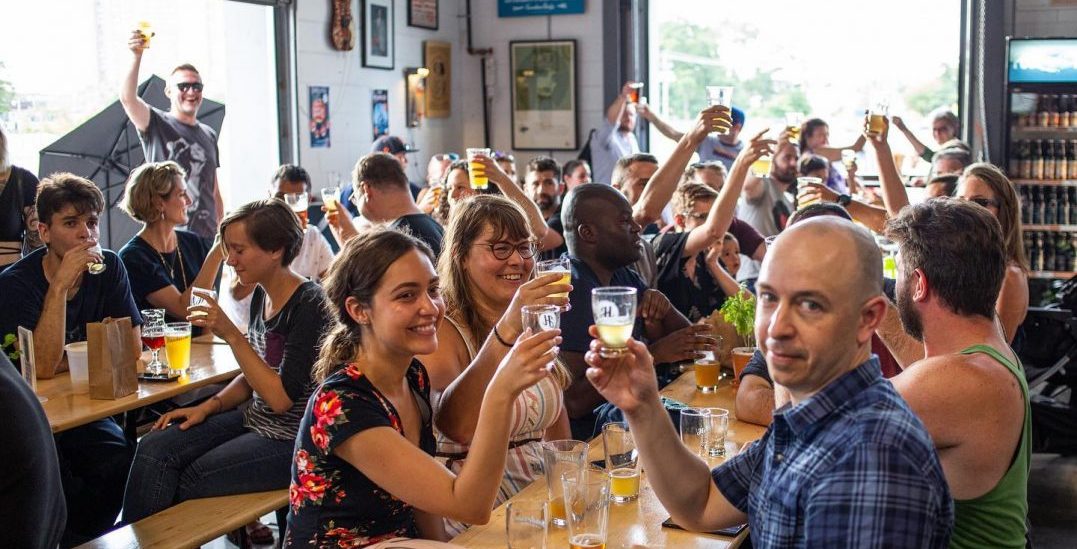 Not that you needed another excuse to have a frothy alcoholic beverage, but what if we told you there was a place in Toronto where you could reminisce about the good old days by drinking a beer?

As part of Henderson Brewery’s “Ides Series,” each can of beer has its own story steeped (or should we say, fermented) in our city’s history. Although the series are limited-time-only, with those below now just an extension of history (see what we did there?), there’s a new release every month to look forward to.

Ready for a trip down memory lane? Here are just a few of the brewery’s foamy throwbacks. 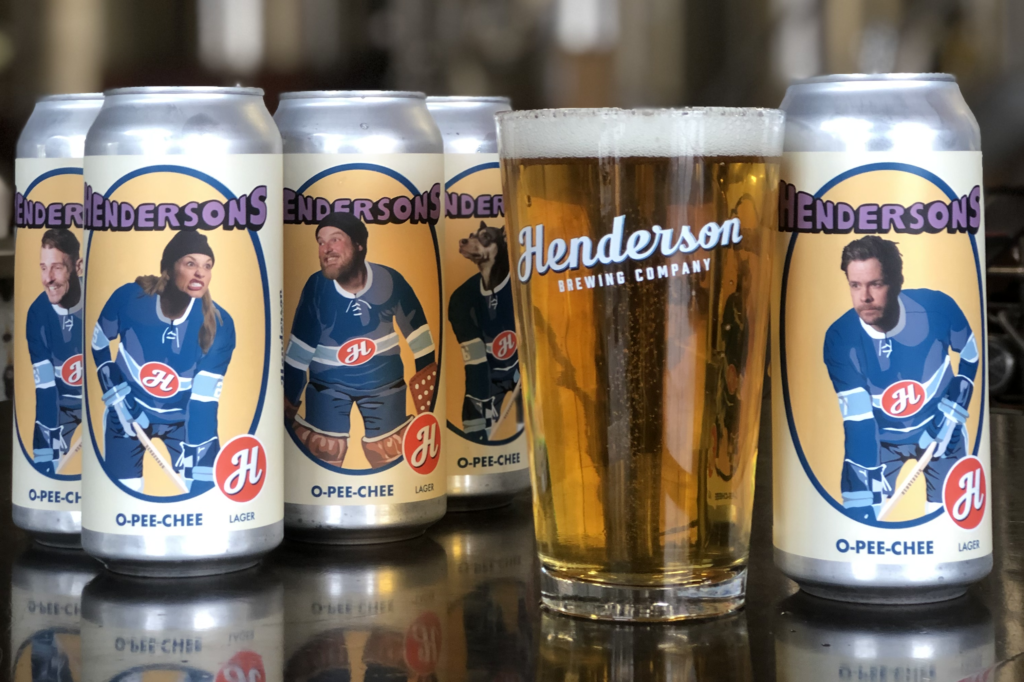 We know you might not have been around back then (neither were we) but believe us when we say that O-Pee-Chee hockey cards were all the rage in 1971 (still struggling? think of the same hype as Pokemon cards or yo-yos).

Throwing it back to these iconic tokens of 1970s nostalgia, Henderson took this concept and put photos of its staff members onto the cans. It wasn’t long before the Hockey Hall of Fame was calling them to showcase this collectable set of cans. 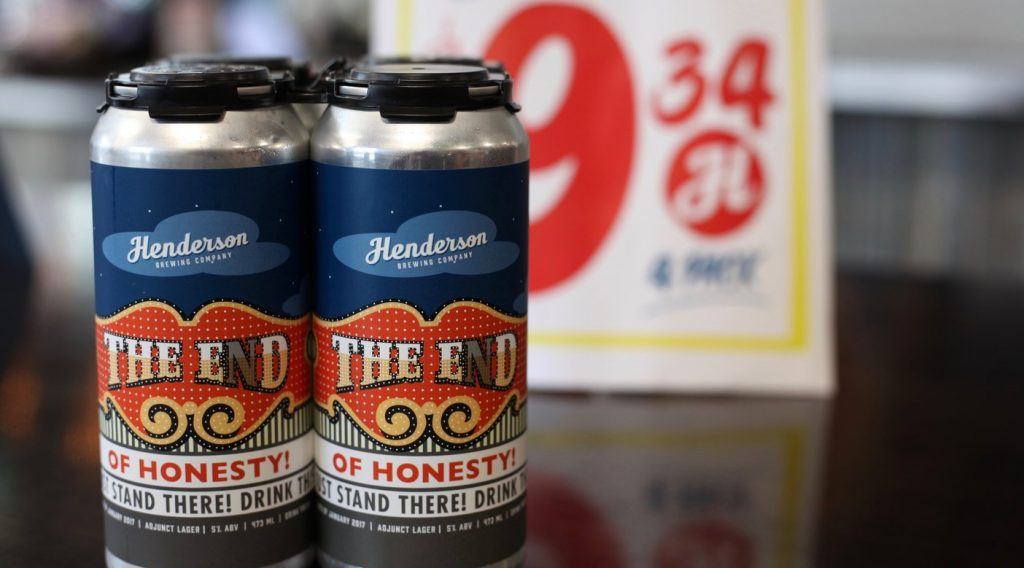 Honest Ed’s, the beloved Toronto discount store that opened its doors in 1948, sadly closed down a few years after the proprietor’s death in 2016. Honest Ed’s was an iconic Toronto store where you could find everything from $7.99 pasta cookers, to luggage, rugs, and even underwear for 99 cents.

Honest Ed’s legacy continues to live on now thanks to Henderson’s series of beer cans emblazoned with its iconic artwork. If you’re having nostalgia about those discount deals, you can now relive this store every time you crack a can. 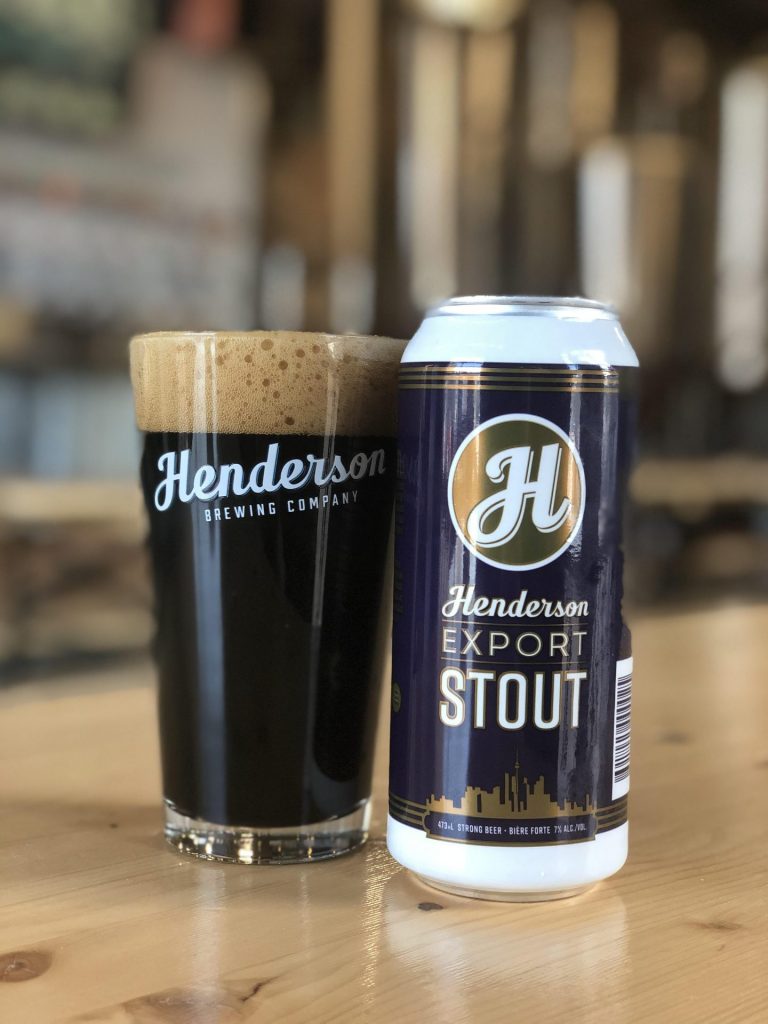 Toronto’s Little Jamaica is the world’s second-largest reggae recording hub — and if you’ve ever walked down Eglinton Avenue west of Dufferin, you’ll have noticed the slew of performance spaces, record stores, and recording studios.

As a celebration of all the Jamaicans who brought their incredible music and food to Toronto since the early 60s, Henderson created its Export Stout (originally called Studio 2) as part of its November 2017 Ides series.

This most popular style of beer in Jamaica was brewed to thank all the Jamaican-Canadians who have enlivened Toronto with their culture. After winning first place in the 2018 Canadian Brewing Awards, Henderson made this a full-time winter brew, now available at LCBO.

While there’s no shortage of trendy places in Toronto to have a flight of craft beer, Henderson sets itself apart from other breweries by welcoming the entire community (yes, that means babies and dogs, too), as well as its creativity that sparks ideas and tells stories.

And that’s not just limited to their brews. If you’re a record collector and you love storytelling, you’re going to love Henderson’s monthly vinyl night. Vinyl lovers are encouraged to come in and share their own records and tell their personal stories about that particular vinyl.

Henderson has been running this show every night since they opened and every story told gets a free pint of beer. There’s even free pizza. By encouraging its guests to tell stories about their passion for music, Henderson is all about building community through sharing experiences.

Whether you’re looking for a throwback to the Toronto that once was, are interested in some cool looking cans, or simply love beer, Henderson Brewing’s unique brews and events are something to keep an eye out for.

Although its Ides series of brews are limited-time only, you never know what’s going to come out next. Catch the release of the brewery’s next Ides brew on December 13.

Head on down to the brewery in the West End to sample some of the goods, grab a six-pack at your local LCBO, or get involved in one of the brewery’s many community events.