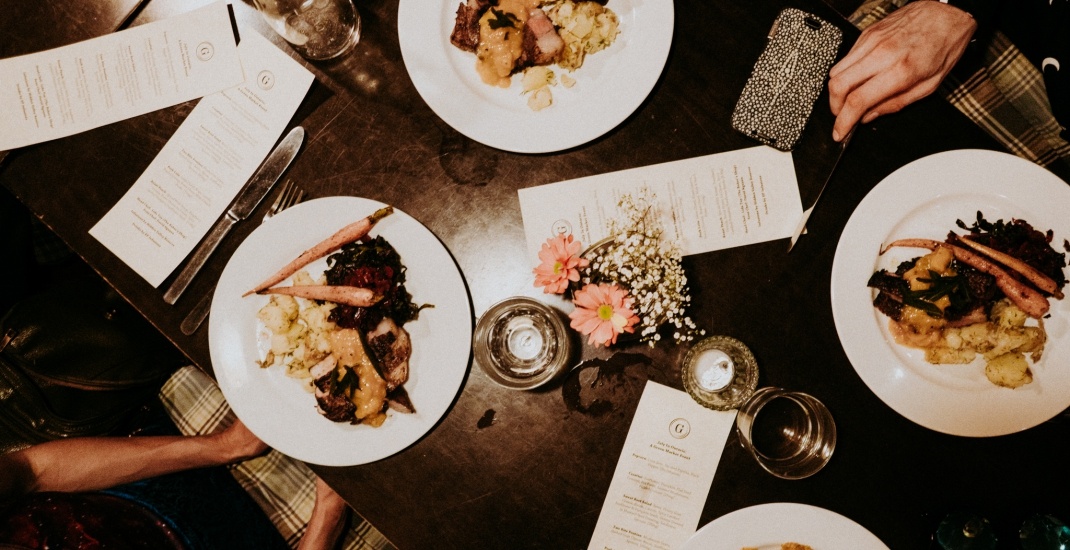 The ever-changing cannabis climate in Toronto has been exciting to watch.

Although Prime Minister Justin Trudeau announced in April that Bill C-45, otherwise known as The Cannabis Act, had been passed to legalize marijuana. While many rejoiced with the news, the bill was not a happy day for all in the community, as it left out the legalization of cannabis edibles products.

For some producers the question was what’s next, whereas for others, the next step was to figure out how they could change the stigma surrounding edibles.

Canada’s cannabis culture has never fully integrated into the local food and drink scene, mostly due in part to drug laws set in place. When Toronto’s own Green Market decided to step outside their comfort zone of hosting pop-up markets to hosting an entire five-course medicated meal, I was curious to see how this high-end cannabis-infused affair would roll out. 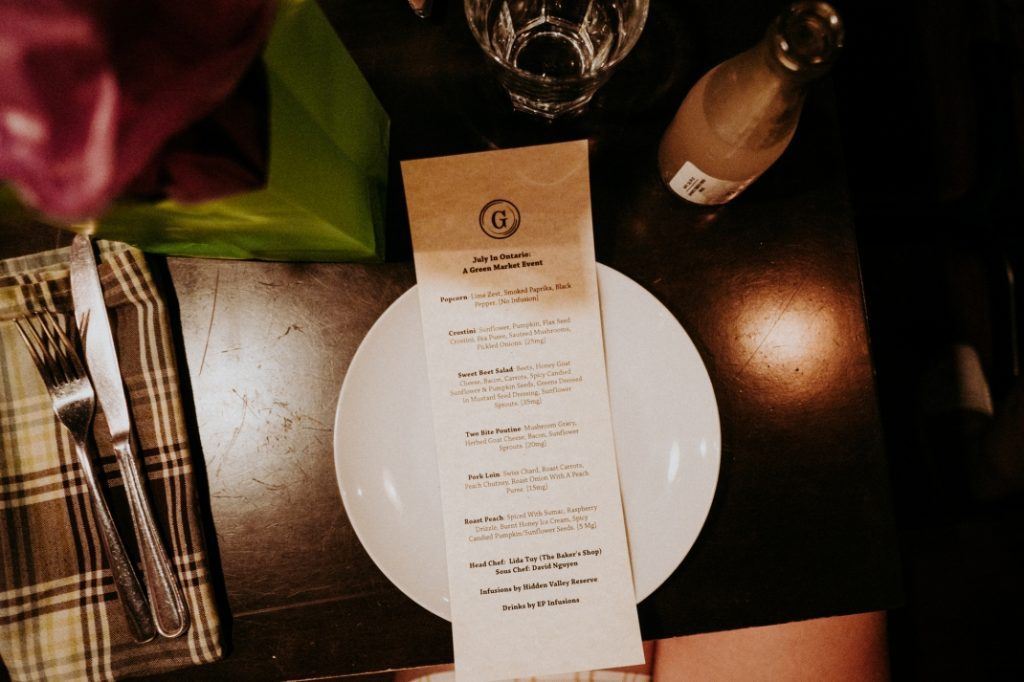 “A lot of Toronto foodies are experimenting with infused food, including organic, vegan and gluten-free alternatives. Torontonians are in search of excellent culinary experiences, including farm to table products where they can ask questions about the type of infusions used and strain selections,” explained Lisa Campbell, co-organizer of Green Market.

The event took place on Monday, August 31 at a high-end east end restaurant. Each attendee of the sold-out affair was given a gift bag upon arrival filled to the brim with different 420-friendly goodies and given firm instructions that emphasized discretion, such as not to tag the restaurant on social media.

In the kitchen, Baker’s Shop Chef Lida-Tuy was busy preparing the multi-course meal we were about to take in, which would have 100 mg of extract throughout the entire meal. I was ready to start from stone-cold sober and be slowly micro-dosed with cannabis over the dinner’s multiple courses. 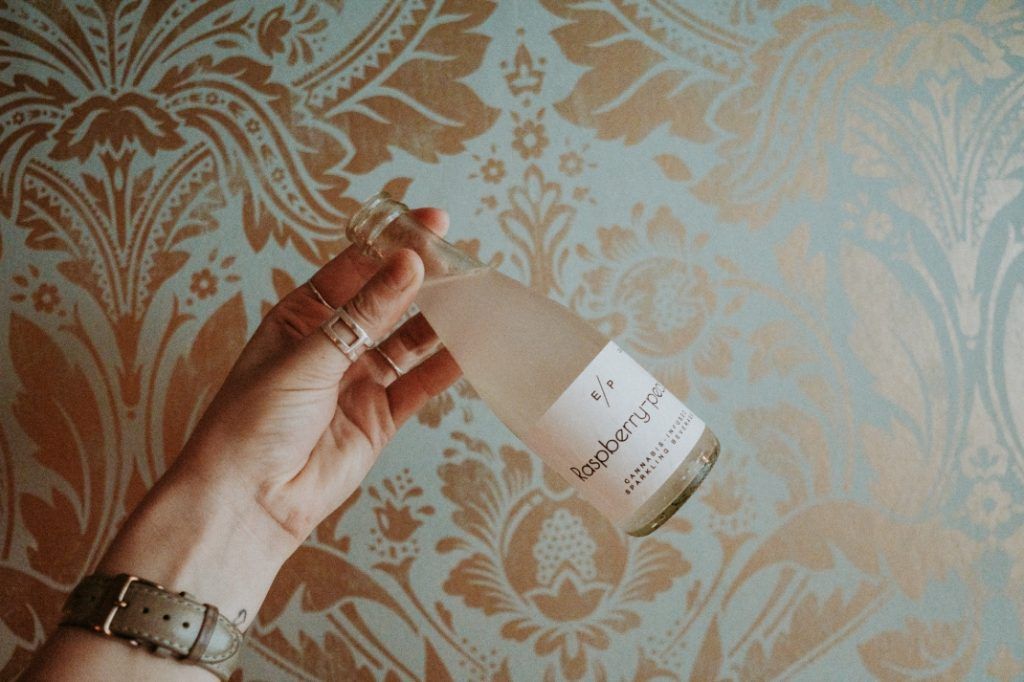 To start my evening off right, I taste tested a fizzy fruit infused pop (with 25 mg of THC) which came in flavours raspberry peach and sour strawberry by EP Infusions. The drink was subtle, sweet and had little to no aftertaste.

Lisa has shared to me that the overall goal with this dinner series is to promote responsible dosing and showcase to folks who may be curious that it’s not just about getting high, it can be about the ‘high’ of a brand new experience. As the dishes were coming out one after the other, you would have no idea everything was medicated. 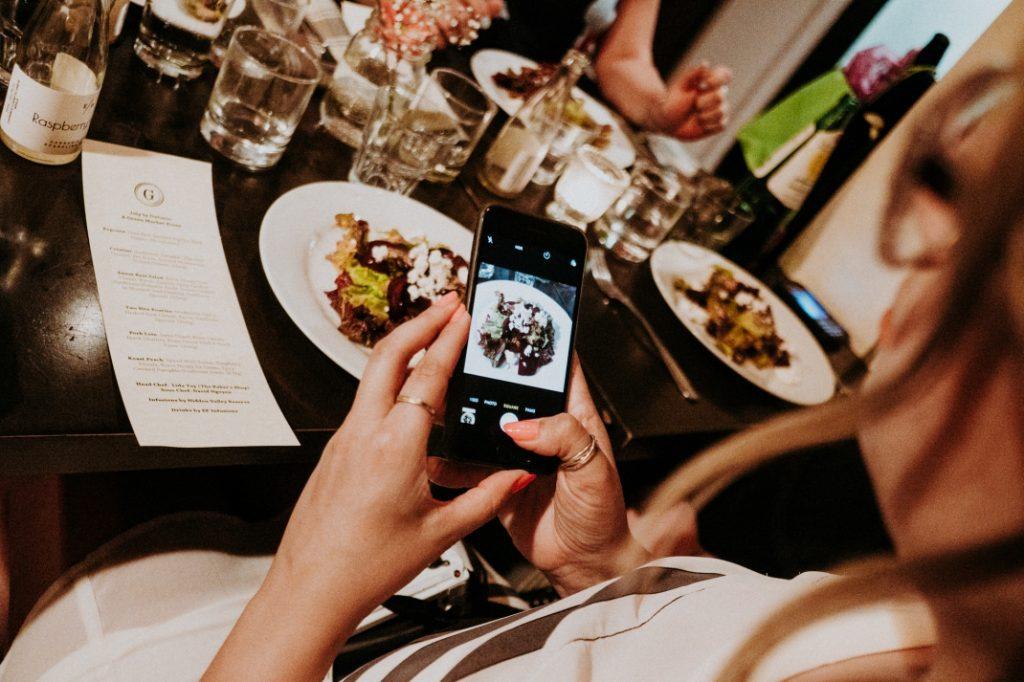 First up, the beet salad with goat cheese, bacon and honey mustard dressing (35 mg) followed by a mushroom and pea crostini (25 mg), and then we delighted in the two bite poutine (20 mg). 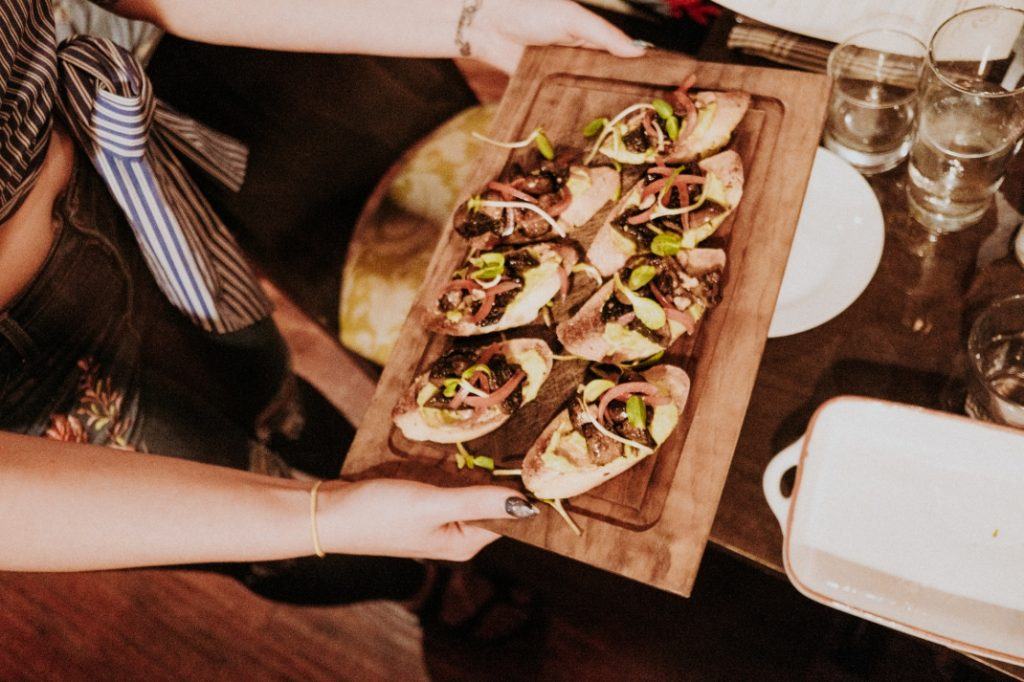 It wasn’t until the main dish, pork loin with freshly roasted carrots (15 mg) that I started to feel buzzed.

­“There are people who enjoy the fresh taste of cannabis bud, and there are people who don’t,” shares Chef Lida-Tuy while explaining that it’s important to know what your extracts will impart to your recipe. “You may go through some trial and error figuring out what’s most appealing to you, but there are people like me to help you figure it out.” 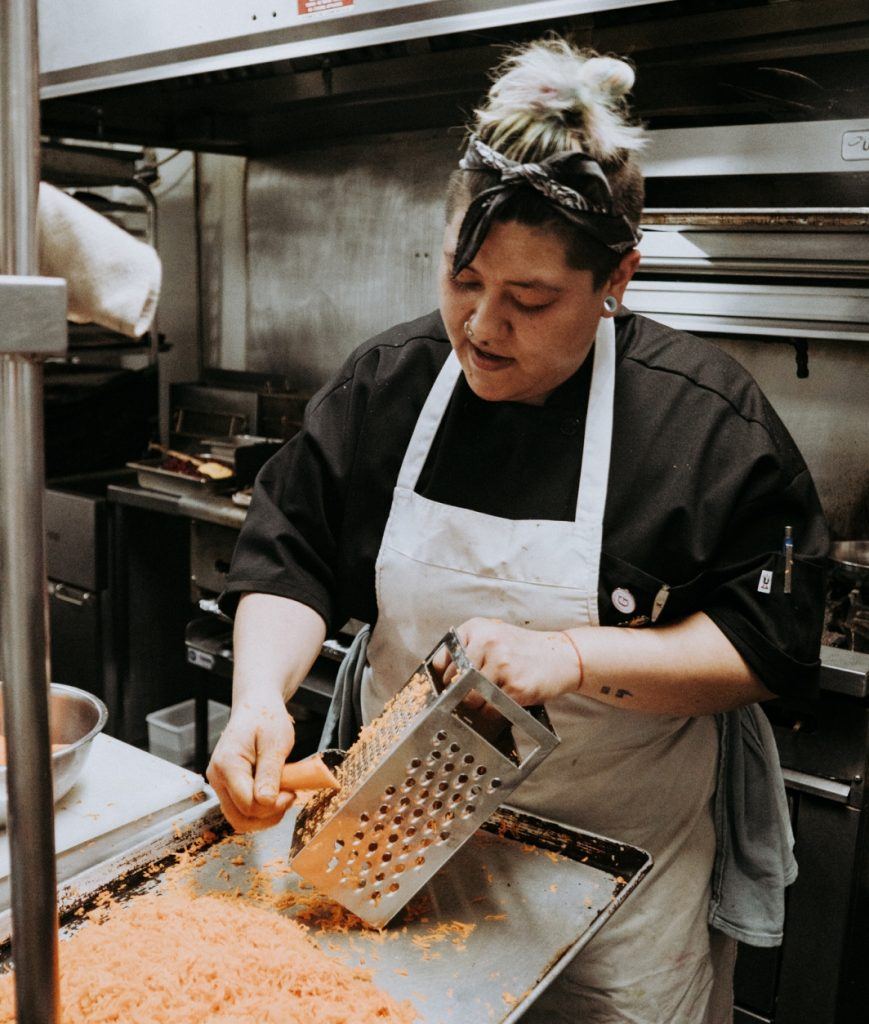 Not one of the dishes ever once gave off the taste of cannabis, but each combined to bring me to a brilliant and beautiful new kind of lifted state – one that tells of a future where cannabis is recognized as a normal part of people’s everyday lives.

According to Marijuana Business Daily, sales of edibles accounted for half of all marijuana sales last year, increasing by 53%. While Canada may still be on the fence about just how much value legalized edibles can bring in, if introduced properly, it would surely be incredible. “The connection between cannabis and food is profound and undeniable. If legalization in Canada refuses to acknowledge that, they’ll be leaving a fundamental part of the culture out in the cold,” explains co-founder (whose name would like to be kept anonymous) of Montreal’s EP Infusions craft cannabis producer.

For now, we’ll just have to wait and see if the government comes around to letting Canadians have their weed… and eat it too.