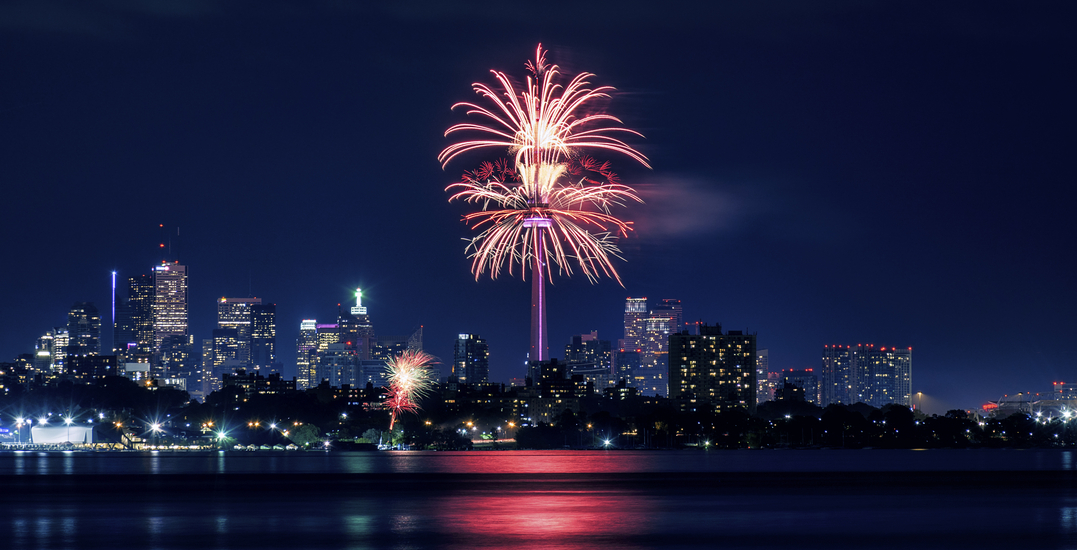 While you’re ringing in the new decade in a cool ‘fit and — probably — limited layers, the last thing you want is to be worried about the weather.

Which is why it’s a solid idea to check out the forecast ahead of your Tuesday night plans, to ensure that your attire will be up for whatever challenges Mother Nature may have in store.

Good news is that it doesn’t look like the weather will be against those who are planning to be out on the town on the 31st.

Though it won’t be quite as warm as the last couple days have been in Toronto, Tuesday is expected to come in at a high of 1°C, feeling like -5°C, and dropping down to -2°C at night.

Light snow is expected, with accumulation of 1 to 3 cm over 24 hours. Read: nothing that should muddy your footwear up too much. 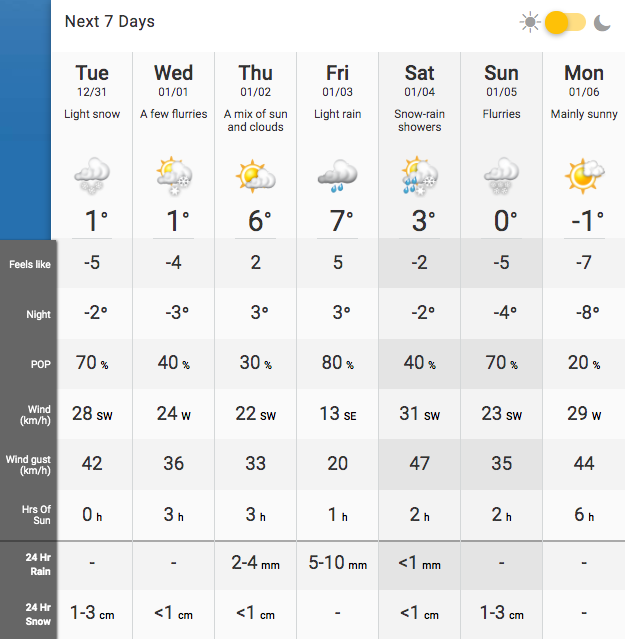 The new decade begins Wednesday with similar temperatures — 1°C, feeling like -4°C, and dropping down to -3°C in the evening — and expected flurries.

So it’s not like you’ll be missing bright sun and cozy weather if you end up spending all day in bed.

Later in the week the city will see higher temperatures, hitting 7°C and feeling like 5°C on Friday, and into the weekend freezing temperatures will return once again.