If it’s felt rainier than normal in Toronto, it’s because it has been.

In fact, Toronto has just experienced its wettest 14 days in more than four years, according to The Weather Network.

The Weather Network reported that at Pearson International Airport, 89 mm of precipitation fell from July 17 to 30.

Of that, about 75% fell on July 17, the rainest day in over half a decade for Toronto, but The Weather Network states that the frequency of precipitation has been above normal. 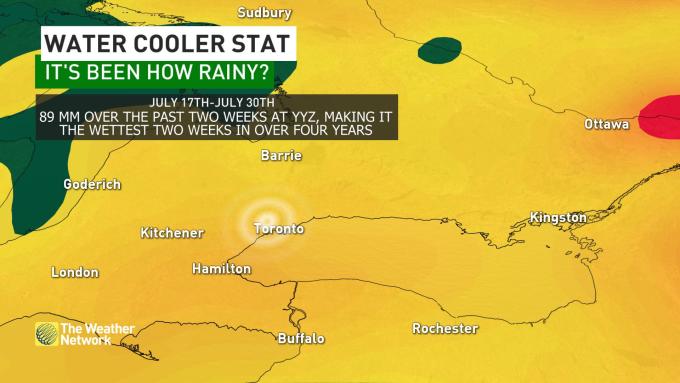 In the second half of July, meteorologists expect rain on one out of every three days for Toronto on average.

“In reality, 2019 featured nearly 60% of the past two weeks featuring rain,” says The Weather Network.

So while it was hot, it did rain.