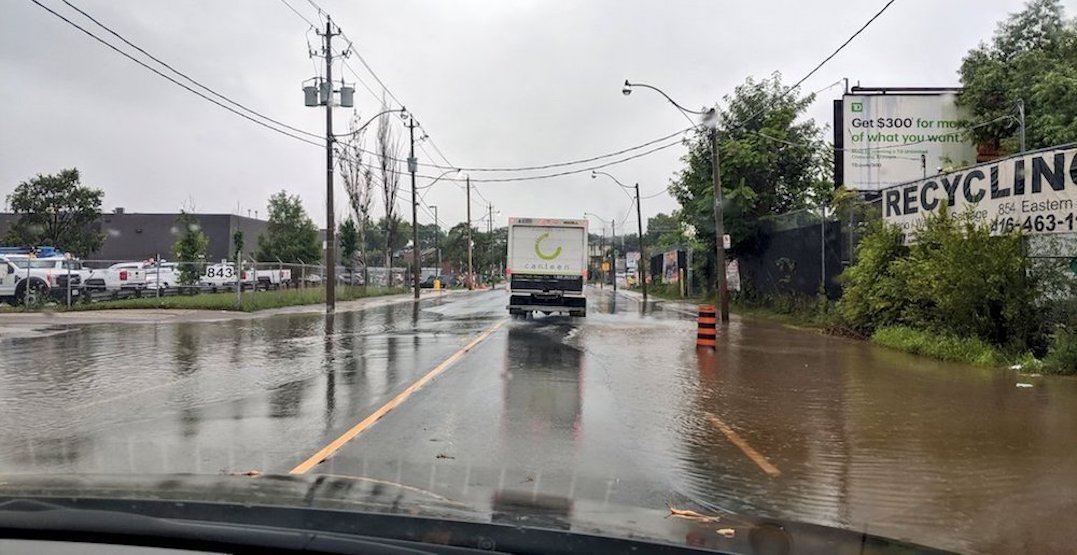 It’s been a wet month in Toronto.

Rain poured down on the city for hours this morning in full-force, and what was left behind made for some soggy commuting.

Torontonians took to Twitter to share photos of their washed-out travels, looking like they may have been better off heading to work in a boat than in their cars.

While there were a handful of river-like roads across the city, there are no reports on any roads being closed due to water levels.

Just figured out why they call it “Lakeshore” #toronto pic.twitter.com/u5RciicAMz

@311Toronto @TO_Transport @cityoftoronto
Bloor/Green Lanes (W/ Islington) still floods every time it rains. There are two catch basins at the bottom of this lake that do nothing. pic.twitter.com/gydcqeb0wO

Dicey commute in #toronto today. A bit of #flooding on the DVP and LOTS along Lake Shore. Stay safe. pic.twitter.com/5ncWrsiz7A