January has proven to be all over the place when it comes to weather in Toronto.

From weather statements due to extreme cold, to what is coming this weekend — which is expected to be a whole lot of rain.

According to The Weather Network, while Thursday will be cold, temperatures soon rise comfortably above zero into the weekend.

But, they said that “the warmup will be accompanied by a messy weekend system that will start off with record-breaking rain, then a few hours of freezing rain as the cold returns.”

The forecast states that by Friday morning, much of southern Ontario will be waking up to rain.

Friday’s high is expected to reach 5°C in Toronto. 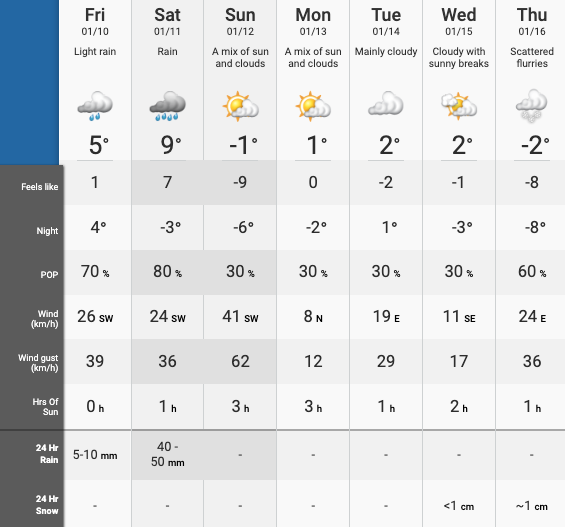 By Saturday, that high gets even warmer, reaching 9°C, but don’t let that number deceive you.

Environment Canada has already issued a Special Weather Statement for the weekend, as the city is bracing for a mix of rain, snow, as well as freezing rain.

And that weather pattern will be bringing in a lot of moisture.

“In fact, many spots in southern Ontario could be looking at getting their entire January average rainfall in just 12 hours through early Saturday,” said The Weather Network.

It’s forecast for Saturday is showing between 40-50 mm of rain in 24 hours.

Meanwhile, the average rainfall in Toronto throughout the entire month is 51.8 mm. 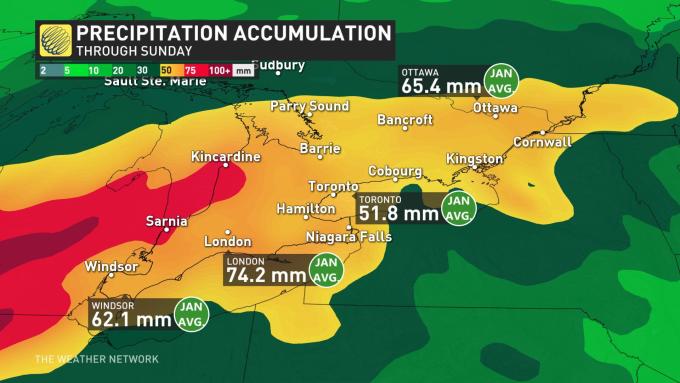 “All-time January daily precipitation records are in jeopardy with this storm, depending on the timing of the rainfall as it spills into two days,” said meteorologist Tyler Hamilton.

“But some stations could hit their monthly precipitation average with the single storm this weekend.” 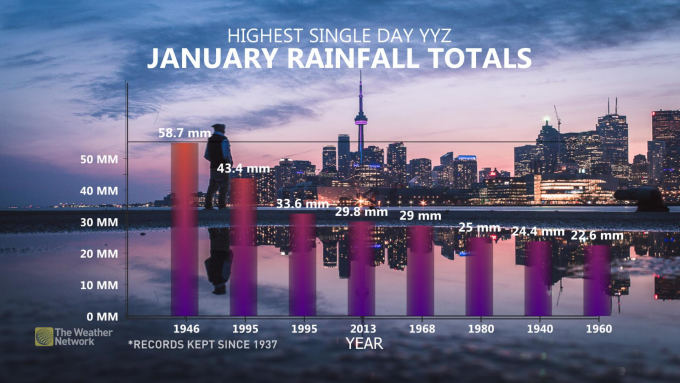 As it is January, the rain may end up freezing with cold temperatures not far off along the horizon.

“In the case of this weekend’s system, the return of cold temperatures will arrive beginning late Saturday morning, cutting southward across the province as the afternoon progresses,” said the Weather Network.

“That will mean some of that prodigious precipitation will begin falling as freezing rain, and most places will be likely to see a few hours of it, including the GTA, though parts of the southwest will likely escape.” 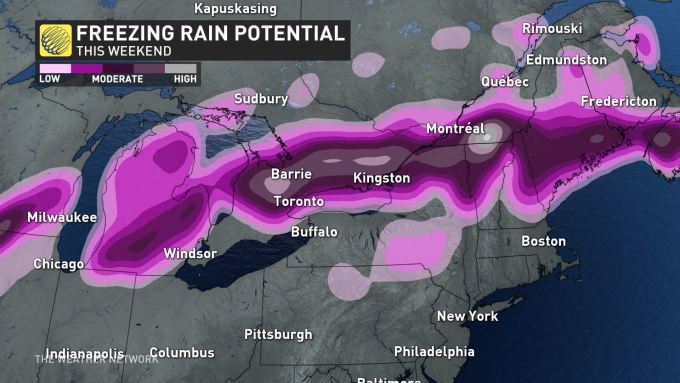 By Sunday, The Weather Network said that people in the region should prepare to salt their sidewalks and driveways, as the rain will taper off but much of what fell on Saturday will have frozen.