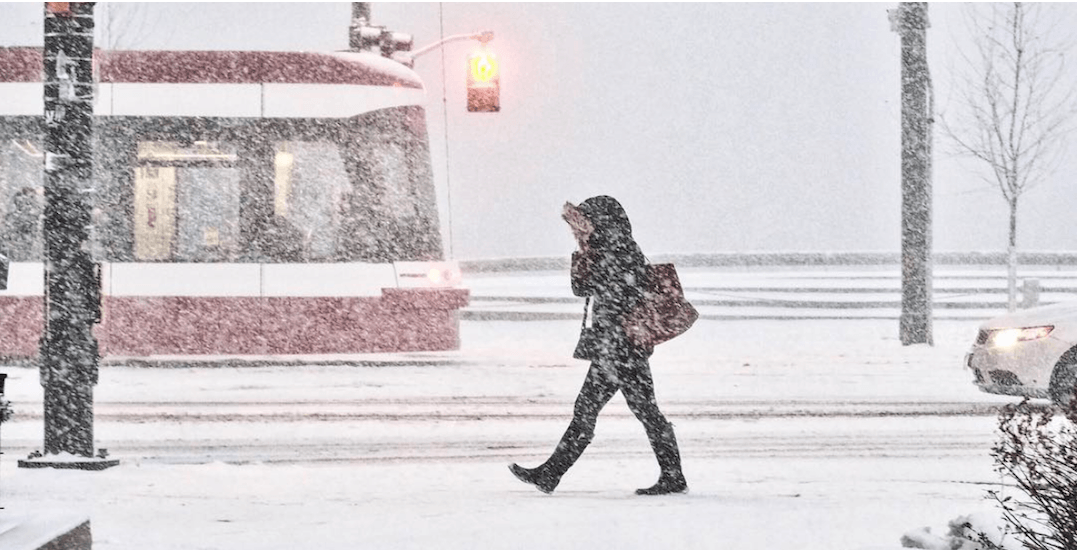 Winter is no longer coming.

According to the Weather Network, frigid arctic air is headed for Ontario today, which will bring temperatures more typical of January.

But that’s not all. Parts of Ontario, including the GTA, will experience a brief, yet high impact round of lake-effect snow.

The arctic front that will be passing across southern Ontario later this afternoon will bring a period of showers that will end with a quick yet powerful burst of snow as temperatures plunge below freezing.

According to the Weather Network meteorologist Dr. Doug Gillham, Ontario will also experience gusts of wind between 60-80 km/h causing whiteouts in certain areas.

The cold front will reach Toronto during the evening commute and the city is expected to receive 2 cm of snow. Toronto police have already issued a warning for commuters, urging them to be prepared and drive with caution.

The image below shows the conditions during the late afternoon in the GTA with green indicating rain and blue indicating snow. 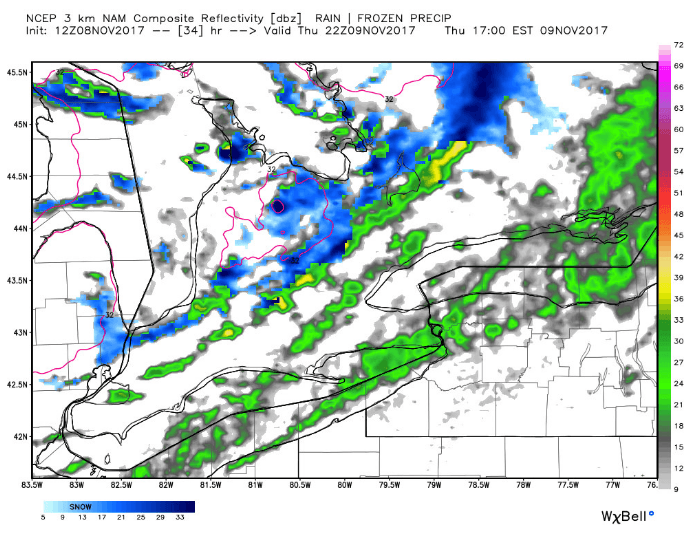 As the afternoon snow begins to melt on the roads, it will become slushy as temperatures drop below freezing. However, during the evening commute as vehicles pack down the slush, it will freeze into a layer of ice. This will result in localized areas of very dangerous travel. 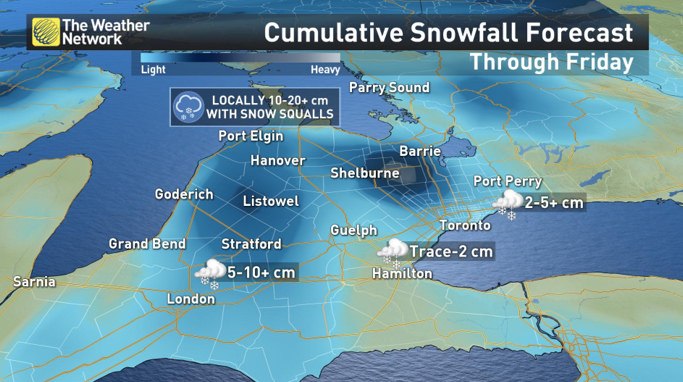 While some areas might only receive a few cm of snow, even 1 cm can result in very slippery conditions.

According to the Weather Network, the lake-effect snow will diminish to flurries on Friday, which will have a minimal impact on the evening commute.