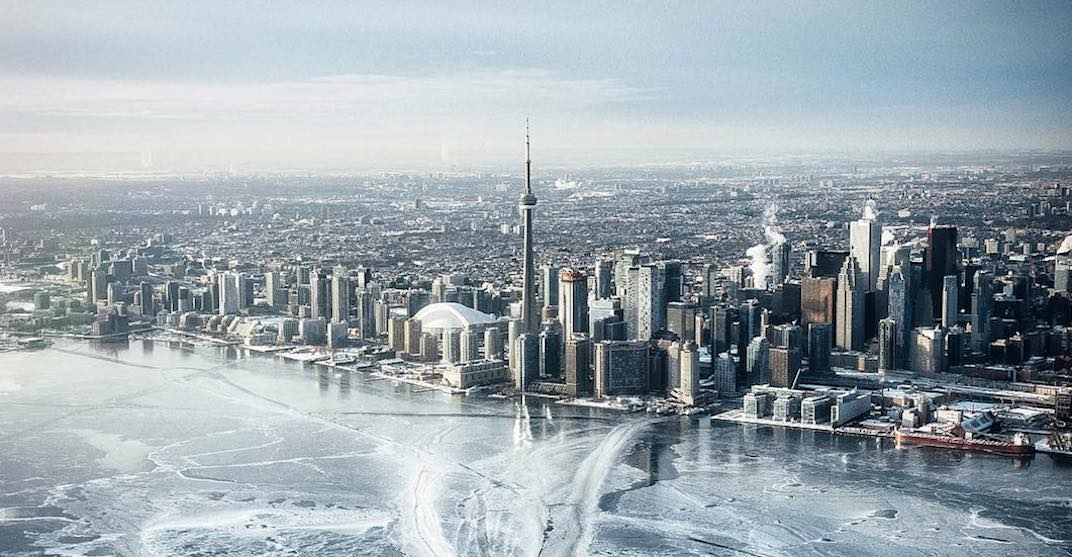 Expect a week of some snow and bitter cold wind chills in Toronto, according to The Weather Network.

While temperatures are expected to rise to 2°C in Toronto on Monday afternoon, it will begin to get colder as the week progresses.

The cold, wintery weather is set to return early Tuesday, and flurries will also be making a come back by Wednesday.

“Whiteout conditions are likely on area roads thanks to strong winds — gusting higher than 70 km/h at times — through Wednesday afternoon,” states the Weather Network. “Long-lived streamers will also stretch into the GTA, Niagara, and toward London.”

The temperature is expected to reach -15°C by Wednesday night, and that doesn’t include wind chill values. 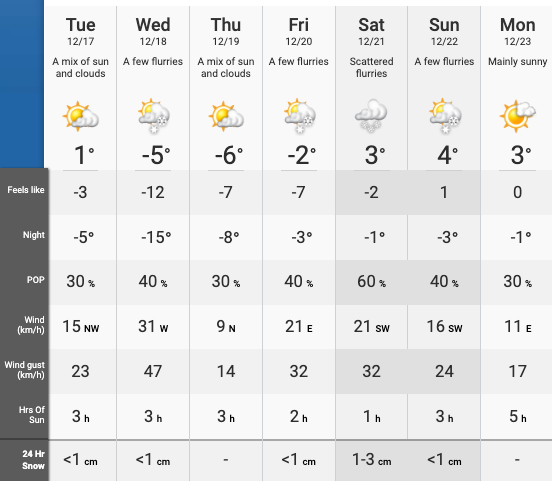 This week’s forecast/ The Weather Network

The Weather Network said that the strong winds will make for “some of the coldest wind chill values southern Ontario has seen so far this season.

Additionally, meteorologist Tyler Hamilton said the “wicked wind chills” will build into Wednesday, leaving much of southern Ontario feeling like -10°C to -20°C during the afternoon.

Dangerous wind chills are possible Wednesday night and early Thursday, as bitter cold and light winds make it feel close to -25°C around Toronto and -30°C for other parts of southern Ontario.

And the cold wind chills don’t stop there.

It will continue through Thursday, before easing into the weekend, aka the first official weekend of winter. 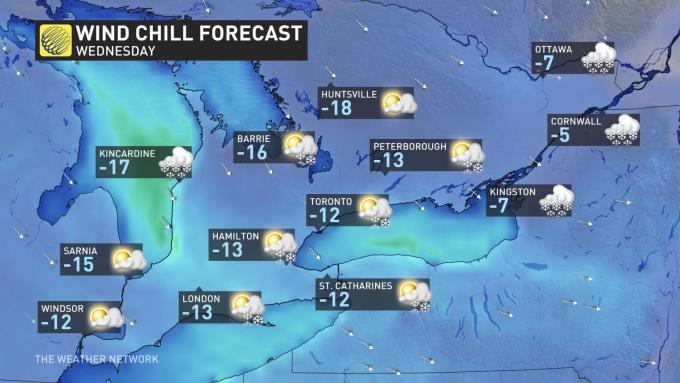 “A clipper will track across the region late Saturday afternoon and Saturday night with a few centimetres of snow possible for central and eastern Ontario,” said Weather Network meteorologist Dr. Doug Gillham. “But rain or wet snow showers are likely for southern Ontario.”

So expect milder temperatures over the first week of winter, which also means a white Christmas is sadly unlikely.