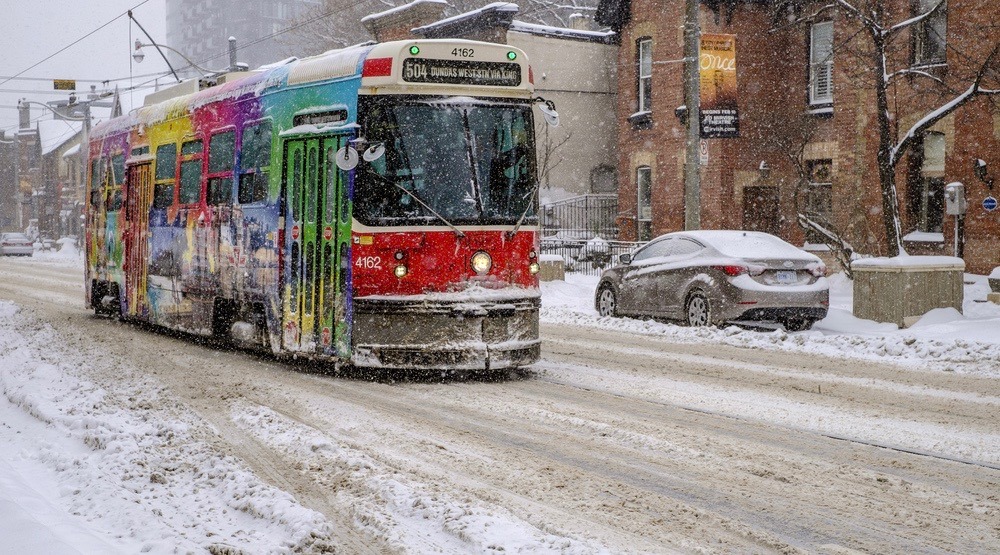 And in its final goodbye, it wants to make sure you know that by leaving you with one final sprinkling of wet snow.

Environment Canada has issued a Special Weather Statement that includes most of Southern Ontario and forecasts everything from rain to freezing rain and snow depending on location.

For Toronto, their forecast currently reads like this for Thursday and Friday: 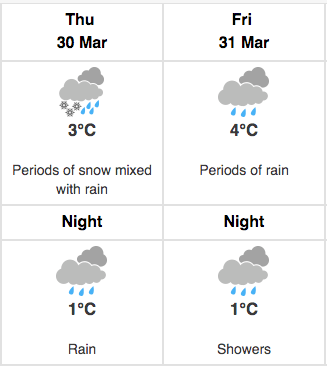 Overall, there’s going to be a significant amount of rain in Toronto over the next 48 hours, and with it the chance of wet snow.

The Weather Network is calling for as much as 30 mm of rain between tomorrow and Friday with up to 1 cm of snow mixed in: 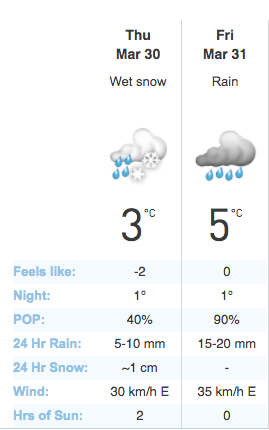 In other words, March is going out with a bang rather than a whimper.

You can read Environment Canada’s Special Weather Statement in full below:

March ends on a wintery note for some, and a wet one for others.

A developing low pressure system over Texas is setting its sights on Southern Ontario. It will slowly track towards the lower Great Lakes later Thursday and linger on Friday.

Rain is forecast to begin Thursday for much of Southwestern Ontario reaching the Golden Horseshoe later in the day. It is expected to change to snow in some areas, and then to freezing rain Thursday night north and west of Toronto. Several millimetres of freezing rain are possible Thursday night especially over the higher terrain of the Dundalk Highlands and above the Niagara escarpment from Kitchener-Guelph north through Orangeville and Shelburne. Snow amounts of 5 to perhaps 10 centimetres are also possible from Southern Georgian Bay and eastwards to the north of Lake Ontario by Friday. Those in the Greater Toronto Area in closer proximity to Lake Ontario, as well as most of Southwestern Ontario, should receive mostly rain.

Most areas should change to rain by Friday, with some significant rainfall totals of 25 to 40 mm possible before it begins to taper off Friday night.

Travel may become hazardous in areas which receive freezing rain or snowfall Thursday night. Warnings will likely be required.