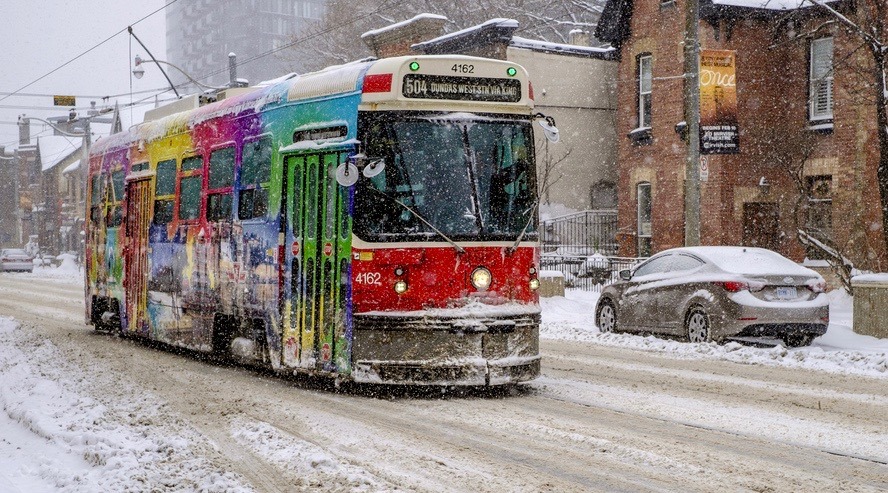 In case you’re just waking up from a ‘few drinks’ on Friday night that somehow turned into a 48-hour bender you’re still wondering how you survived, we have some news for you:

It snowed this weekend in Toronto.

In fact, it’s not done snowing in Toronto.

We know, we know. Take a deep breath and settle in – winter is no longer coming, it’s officially here.

If you’re having trouble coming to grips with this fact, Environment Canada is here to wake you up to the harsh reality of winter with a weather alert for the City of Toronto:

The main band of flurries off Georgian Bay has shifted slightly east this morning. It extends from southern Georgian Bay across Lake Simcoe through Durham region. It is expected to remain in this position today but shift farther west again tonight.

Although a few flurries will persist across Toronto and western portions of the Great Toronto Area today, no accumulation is expected.

As the band potentially affects the Toronto area again tonight, another 2 cm may occur once again.

Some untreated roads may remain slippery this morning. This may have some impact on the morning commute. If the flurries move in again this evening, some impacts may be felt for commuters after 6 pm.

Okay, so not bad news really. Just a ‘look out for rough driving conditions’ today and expect a few flurries.

The point is, this is just the beginning of what’s going to be a long, cold winter.