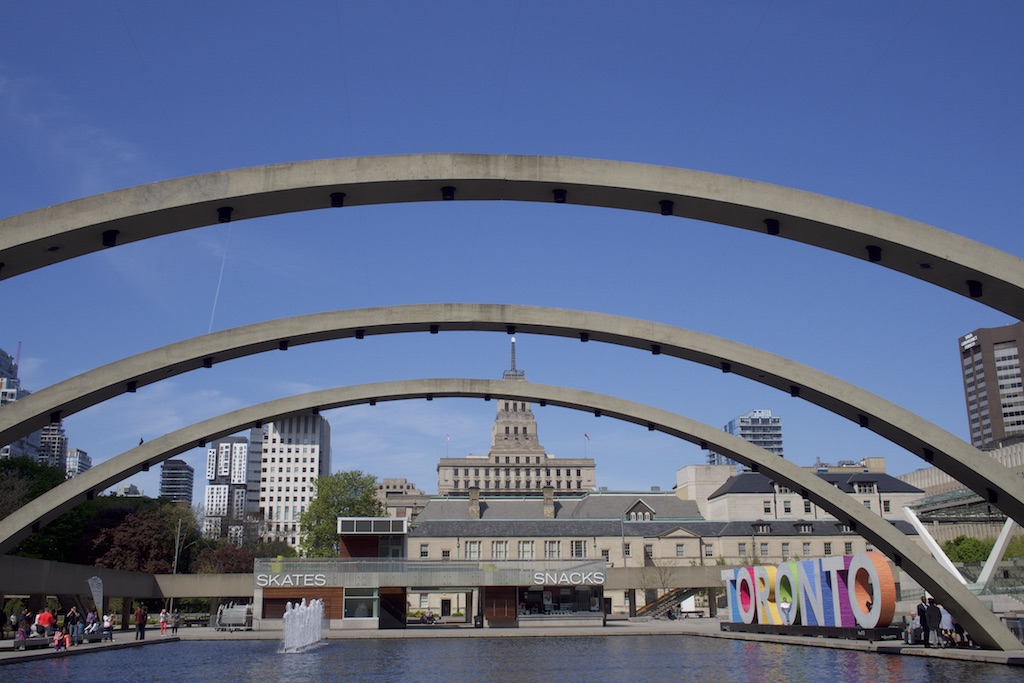 Did you know the Canada Life building is part of a ghost walk?

When was the last time you explored Toronto? The city’s endless nooks and neighbourhoods are so different, and create so much of what Toronto is known for. From food, to architecture, art and scenery, as a world class city, Toronto offers it all. And with summer just around the corner, why not explore the city further? The City of Toronto’s website offers a variety of tips on self-guided walking tours, and we’ve picked out some of our faves to share. Go for a walk, why don’t you?

This 5-block art walk takes you through cafes, shops, and restaurants and a neighbourhood with over 15,000 sq ft. of murals. Although guided tours are available from June to October, this area is way to explore on your own. A guide provided by Village of Islington is a great start, and with the short distance, you’ll be able to take a walk with plenty of time to check out the art and have a coffee in between. 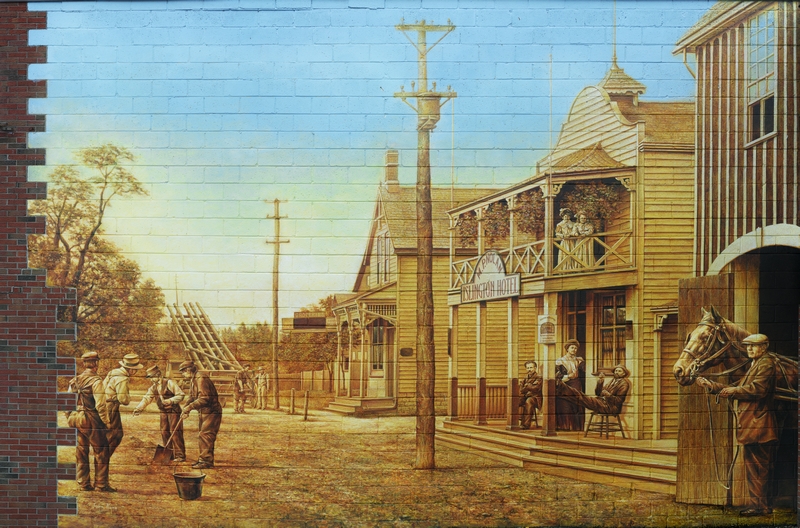 Islington The Way We Were, Part II ~1912 John Kuna/Village of Islington

Down for downtown lovin

Our downtown core might appear to be a concrete jungle, but the city is home to beautiful city escapes. Between the buildings and city streets, different city parks and gardens can be found. If you’re a fan of Cloud Gardens on Temperance Street, this discovery walk takes you through the city’s open spaces that are uniquely Toronto. A walking route map provided by the City of Toronto makes this a pleasant sunny day activity. 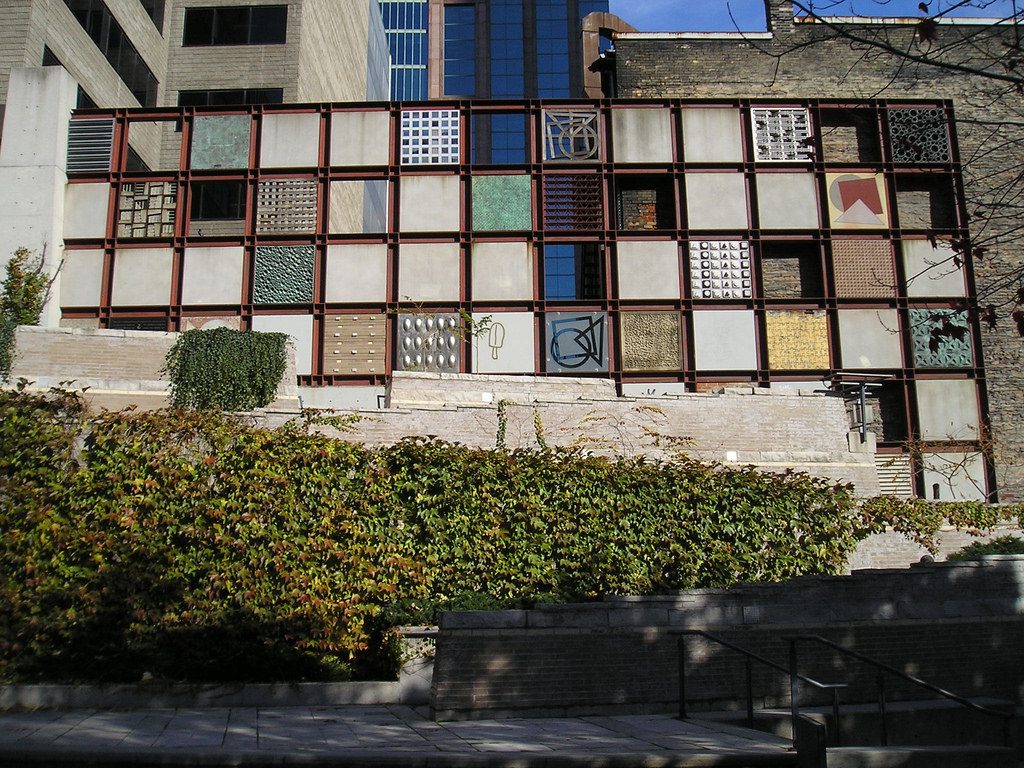 The sun rises in the east

The Beaches neighbourhood is one of Toronto’s most loved areas. Besides its charming core, the area is filled with pedestrian friendly routes that take you through the Glen Stewart Ravine, the boardwalk, and Ashbridge’s Bay Park. This walk totals 9.1 k.m., but can be done in smaller portions. The city’s map also outlines the timing between points of interest.

Where: The route can be started anywhere along the map, but specially at Queen East & Coxwell, or near Queen West at Nelville Park Blvd both accessible by transit (501 Queen or 64 Main).
Estimated time: Over 3 hours

Trinity Bellwoods is in this one
A local favourite, this route starts at Christie Pits Park. This walk will take you through some of the city’s well-known parks, such as Trinity Bellwoods and the historical Fort York. This is also a longer walk, but with the city amenities in between the points of interest, the time flies by. Perhaps plan a picnic along the way, the route is perfect for that.

Just a little up north

Although sometimes labeled “uptown”, this route takes through through parts of downtown north of Dundas Street. From the Royal Ontario Museum (ROM), University of Toronto, and Allan Gardens Conservatory, this walk takes you through one of the city’s most popular neighbourhoods downtown.

Where: Start up around Yorkville, and the walk will take you down to Dundas.
Estimated time: Around 2.5 hours

When in doubt, High Park it

One of Toronto’s largest and oldest city parks, High Park is full of lush green and is a beautiful part of this walk. This western walk starts off at High Park subway station, and takes you on an exploration of the city’s largest pond, Grenadier Pond, before heading towards the western beaches boardwalk and Sunnyside Beach. 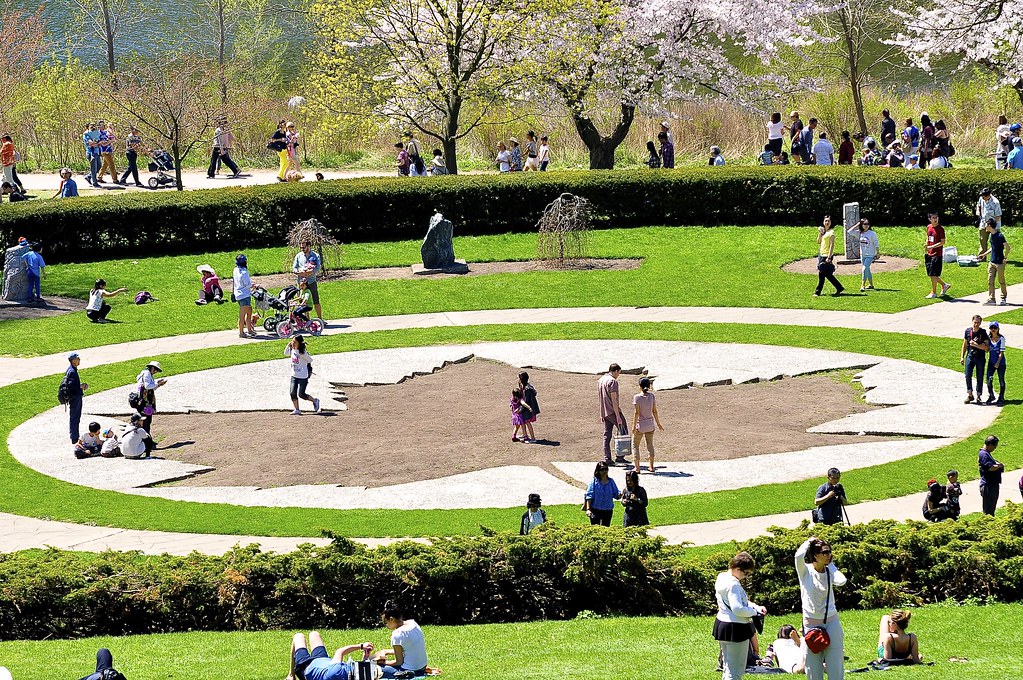 There is nothing like spending a day on Toronto Island. And while Centre Island can be busy, so many parts of the island are much quieter. This tour, which is accompanied by an audio component presented by Heritage Toronto, starts off at Hanlan’s Point and takes you to Ward’s Island – the other end of the island. Although parts will be busy, enjoy the walk and stops along the way, and learn about the history of this cherished city getaway. Bonus, check out the Clothing Optional beach while you’re on Hanlan’s Point.

Where: Start at Union Station, and head towards the Island Ferry Dock at Bay and Queens Quay.
Estimated time: While the audio file is an hour, the walk takes over 2 hours.

No other city in Canada has the charm, eclecticness or culture that Kensington Market offers. If you’re a local who still hasn’t checked out this gem, what are you waiting for? (Actually though?) Besides the epic thrift shopping and incredible cuisines, this area has a lot of rich history dating back to the 1800’s. Start your walk at Baldwin and Spadina, and although there is a map available, we recommend a free walk through this area at your leisure.

Where: Baldwin and Spadina, or Spadina and Dundas.
Estimated time: Just take your time on this one. 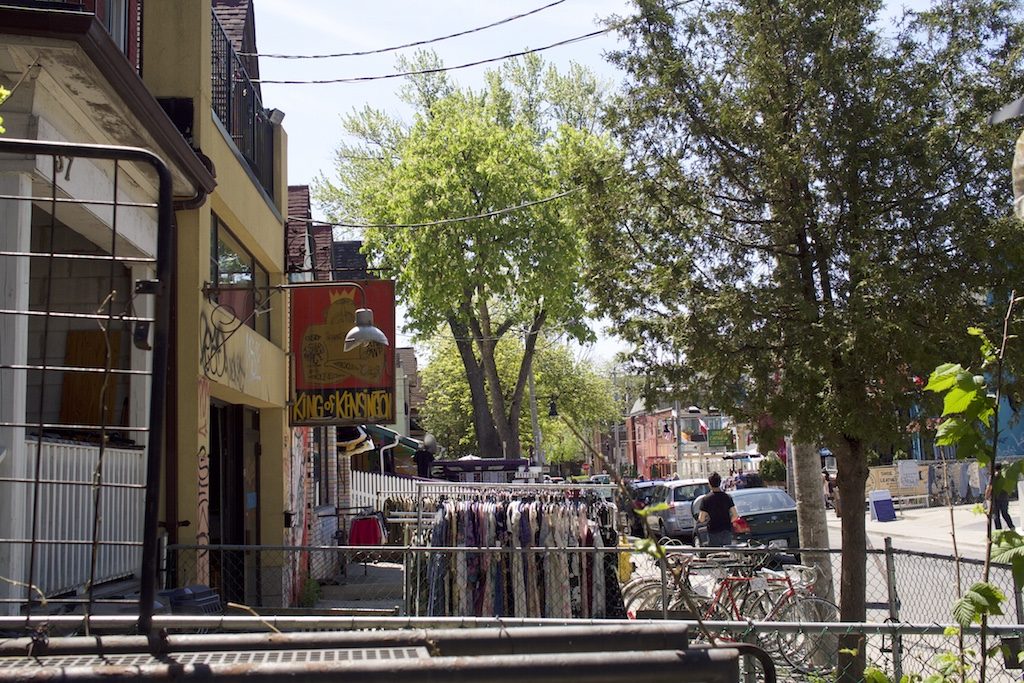 Just kidding! Toronto is/has always been one of the hippest and trendiest cities in North America. And with all its new awesomeness, there is also hints of history scattered throughout the 6ix. From the Distillery District, to the various venues, and even Kensington Market, National Historic Sites are treasures in Toronto. This larger walk covers a vast region of downtown, but also some of our fave spots in the city. (heart emoji)

Where: Suggested start is at Union Station, to get to the Exhibition Building on the 509 Street car.
Estimated time: Over 2 hours.

We may walk by these establishments and buildings regularly, but do we know their origins? This walk details a select number of Toronto’s most photographed building (The Flatiron building) to the oldest market, all amidst the city’s vibrant energy. The map for this walk outlines 15 points of interest, and the reasons they are what they are today. Definitely take a break (and a bite) at St. Lawrence Market.

Where: Anywhere along the map works, but the suggested start is at Queen Street East and Victoria via the 501, 502, or 504.
Estimated time: Less than 2 hours.

Because one shout out to the Beaches is not enough. This eastern part of Toronto is usually bustling during summer events like the Beaches Jazz Festival, but it is also a really unique neighbourhood with its sandy beach charms. This more detailed walk splits the neighbourhood into two sections, and outlines more of the beaches in the area including Kew Beach.

Where: Queen East at Cowell is a good start, using the 501.
Estimated time: Over 2 hours, but very much worth it.

And finally, a tour with some ghosts

That’s right. We saved the spookiest for last. Toronto is an old city, and with it a lot of old souls seem to haunt our stomping grounds. What better way to say hi (or not?) to the ghosts of Toronto than checking out their dwellings. This intensely detailed walk includes The Fairmont Royal York Hotel, the Canada Life Building, and Trinity College- among plenty of others. Think you got what it takes to explore the city’s Moaning Myrtes?

Where: Can start anywhere along the route, including Union or St. George stations
Estimated time: Over two hours… if you make it.