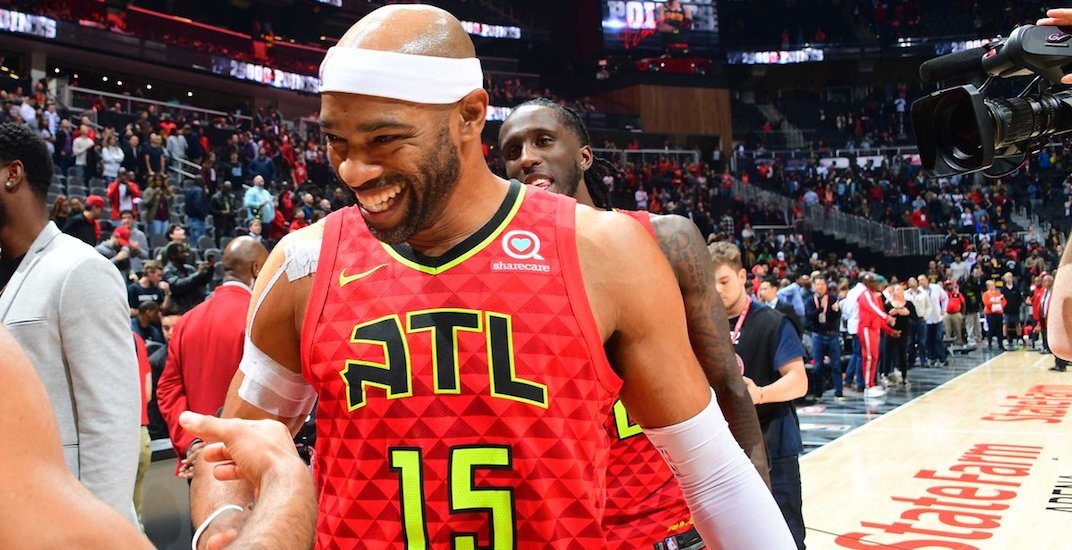 After years of speculation about when Vince Carter will retire, the future Hall of Famer will play his final season with the Atlanta Hawks, reports ESPN’s Adrian Wojnarowski.

Carter will play his 22nd year at 42 years old — with an expectation that he will retire after the 2019-20 season. https://t.co/SdJWYRVwC7

Carter, who will turn 43 years old next season, began his career 21 years ago with the Toronto Raptors. After leaving Toronto during the 2004-05 season, Carter played for the New Jersey Nets, Orlando Magic, Phoenix Suns, Dallas Mavericks, Memphis Grizzlies, and Sacramento Kings, before signing with the Hawks last summer.

Carter will set an NBA record next season, as he’ll suit up for his 22nd year in the league. That breaks a record he shared with Dirk Nowitzki, Kevin Garnett, Kevin Willis, and Robert Parish.

Should he appear in at least one game in the new year, Carter will become the first player in NBA history to play in four different decades, according to the Elias Sports Bureau.

Along with Patrick Marleau, Joe Thornton, Zdeno Chara, and Adam Vinatieri, Carter is one of five active players in major pro-North American sports leagues that got their start in the 1990s.

Expect a thunderous ovation for Carter whenever he plays his final game in Toronto, and perhaps an even louder one should the Raptors retire his No. 15 jersey one day.