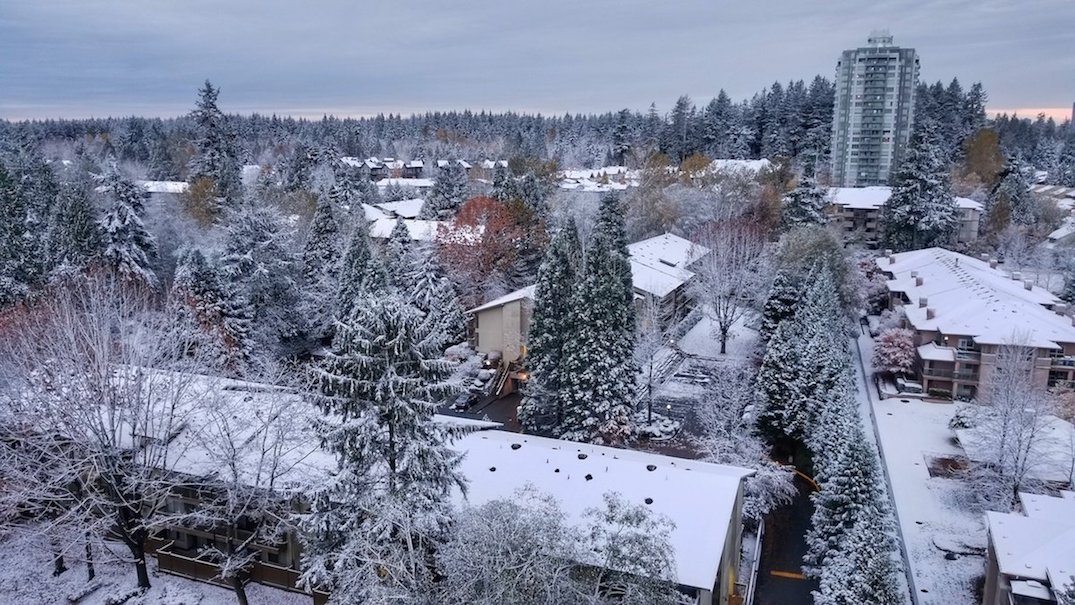 While Toronto woke up to sunny skies and a high of 12°C on Friday, parts of Metro Vancouver weren’t so lucky.

The West Coast’s Lower Mainland has been blanketed by snow over the past 24 hours, which has been great news for its local mountains. As for the rest of the area, not everyone was thrilled to see the white fluffy flakes.

On Thursday, a weather warning was issued for parts of Metro Vancouver, and Mother Nature delivered a wintery blast that had Vancouverites waking up to a dusting of snow.

The area is likely to get even more snow this weekend, according to a special weather statement from Environment Canada.

Check out the snow on the west coast this morning.