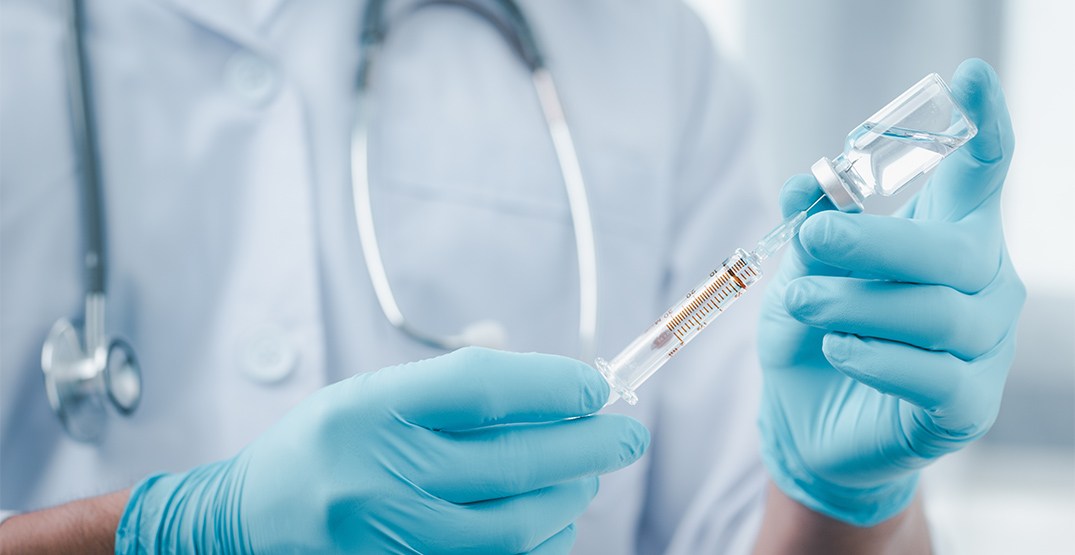 COVID-19 vaccine appointment bookings more than doubled in Ontario on Wednesday after the province announced it’s introducing a vaccine passport for non-essential activities.

Health Minister Christine Elliott tweeted Thursday afternoon that thousands more people than usual signed up to get their shot on Wednesday, and nearly half of them are getting their first dose.

Great news! Yesterday, bookings on the provincial system more than doubled. Today, we’re already seeing thousands more Ontarians roll up their sleeves, nearly half of whom are receiving their first dose.

BC also saw a huge increase in new vaccine appointment bookings after it announced its proof of vaccination system. In that province, 88% more people booked an appointment the day the vaccine passport was announced compared to the same day the previous week.

Encouraging immunization was one of the reasons health experts recommended Ontario pursue a vaccine certificate.

The number of COVID-19 vaccines administered per day in Ontario peaked in early summer with more than 268,000 shots put into arms on July 8.

As more people get immunized, vaccinations per day have slowed down. Over the past week, an average of 32,000 doses per day have been administered in the province. 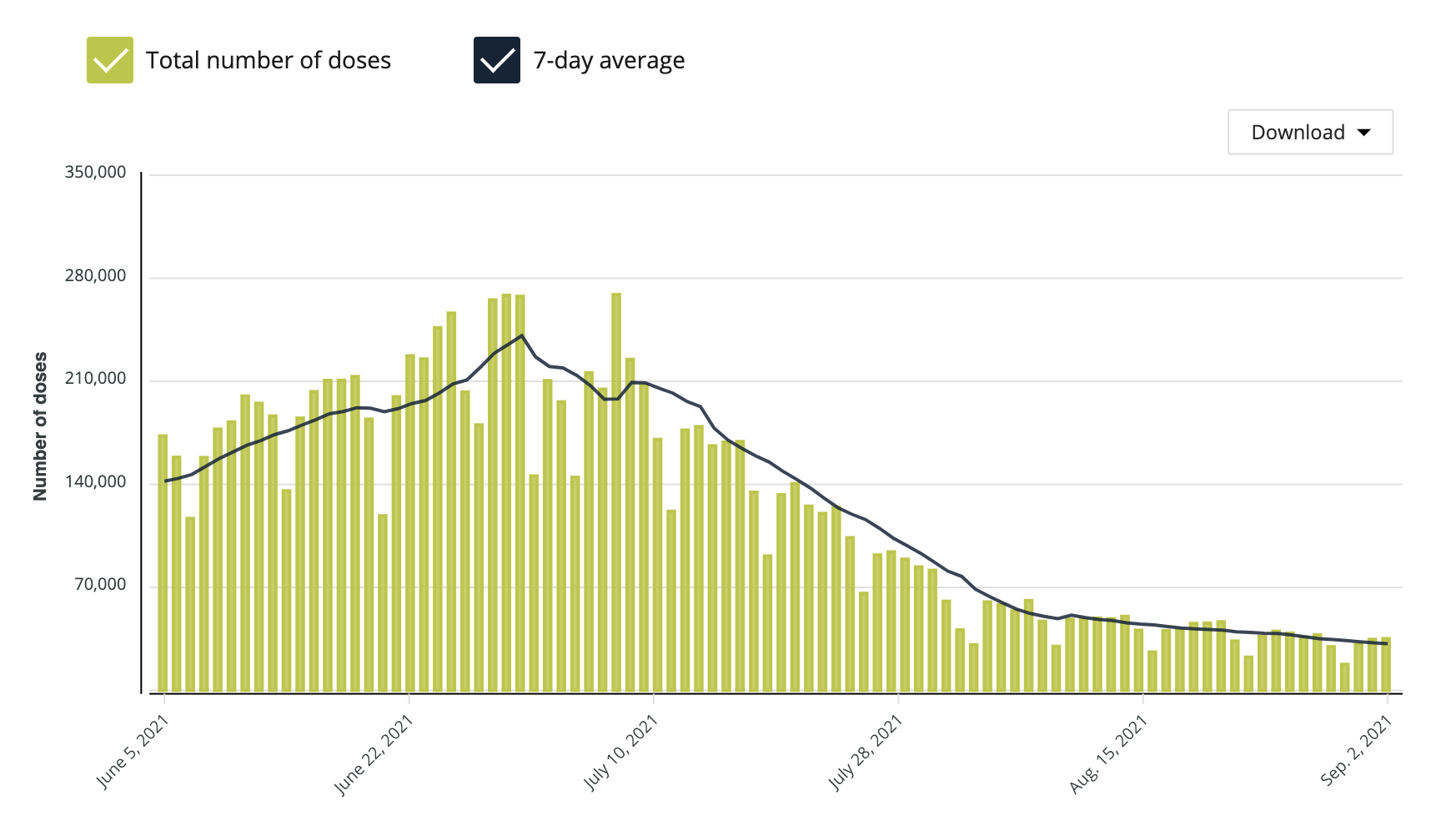 The Ontario COVID-19 Science Table says at least 85% of eligible Ontarians will need to be fully vaccinated to avoid a surge in cases and hospital admissions this fall.