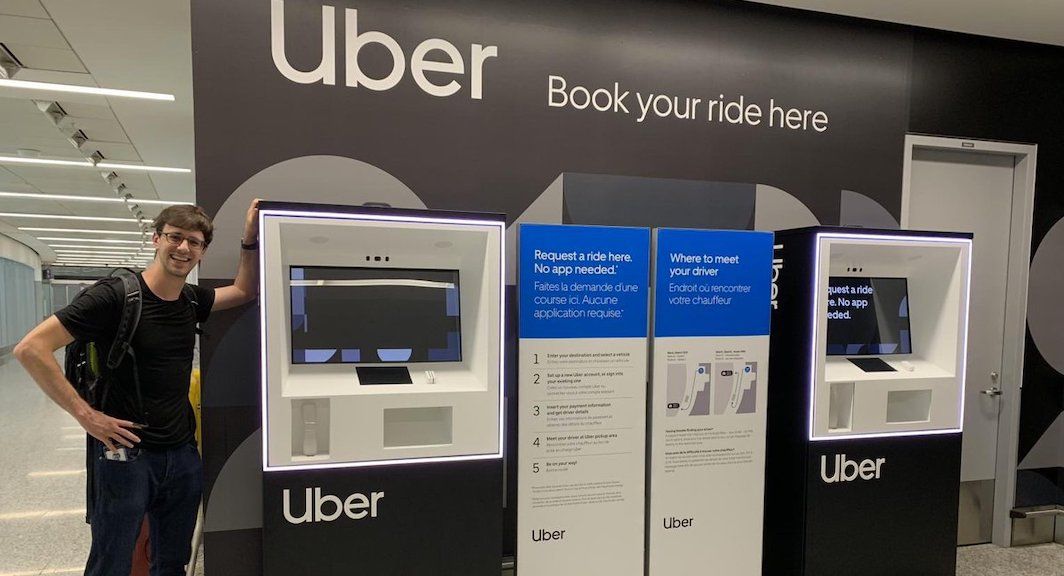 The next time you need to book an Uber home from Pearson Airport, you won’t need your phone to do so.

Toronto’s largest airport has just implemented a new Uber pilot that makes it easier for travellers to get home, as smartphones are no longer needed to book a ride.

Pearson Airport is now testing out Uber kiosks that allow travellers to book their ride home right on the spot, without using their phones.

John Kantrowitz, an interface designer for Uber, announced the new technology on Twitter this week, which features a monitor where riders can enter their information, including their name and phone number, where they’re going, what vehicle they want, and then they’re prompted to pay with their credit card.

Designed and launched a thing: Uber rider kiosks at Toronto Pearson Airport! Shout out to our first riders, a family from the Bahamas! pic.twitter.com/SHQ3tQ767r

Kantrowitz said the new systems are being run as a trial at Pearson. However, it hasn’t been revealed how long this trial will last.

“The kiosk has two modes of use: Attract and Active. Attract is when we try to attract use, provide wayfinding info for those who use the app, brand and Uber awareness in the airport/city. Active is when the user is engaged with the kiosk trying to book a ride,” he wrote on Twitter.

He also shared how the systems work, adding, “built into the kiosk are also a handset, speakers, camera, document tray and led light strip around bezel. Most of these elements originate from their use in driver green light hubs to help with onboarding drivers.”

Here’s early prototype I created that demonstrates what I’m talking about when I say designing for “feel”. From this prototype everything quickly evolved. You can’t get this from designing or sketching static mocks. This was also instrumental in gathering alignment across folks. pic.twitter.com/HExEFjWxEw

Pearson Airport said that the new technology will help passengers avoid unlicensed transportation, which the airport also refers to as “scoopers.”

Not sure how to get to your final destination? Avoid unlicensed transportation, also known as “scoopers.” @Uber and @Lyft are now available as part of a ride-sharing pilot at Pearson to ensure you take #therightride. https://t.co/VDfPLPdg8a pic.twitter.com/EDC4JAKQHX