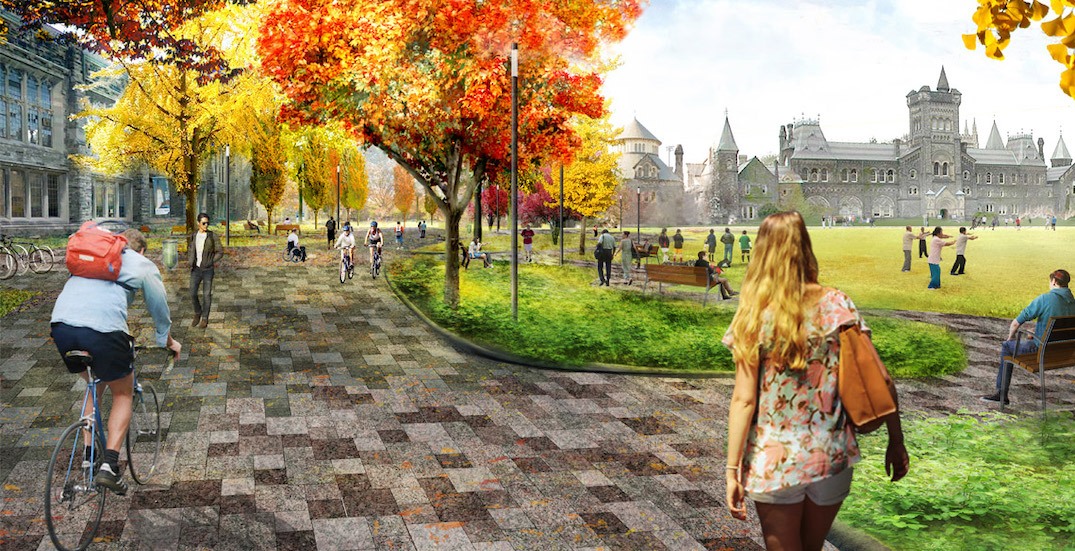 The University of Toronto’s (U of T) downtown campus is looking to undergo a transformation that would make it greener and more accessible.

According to the university, the historic St. George campus will be undergoing a major revitalization initiative called the Landmark Project, set to begin in the spring of 2020.

During that time, U of T also plans to make Front Campus “the future home of Canada’s largest urban geothermal field.” 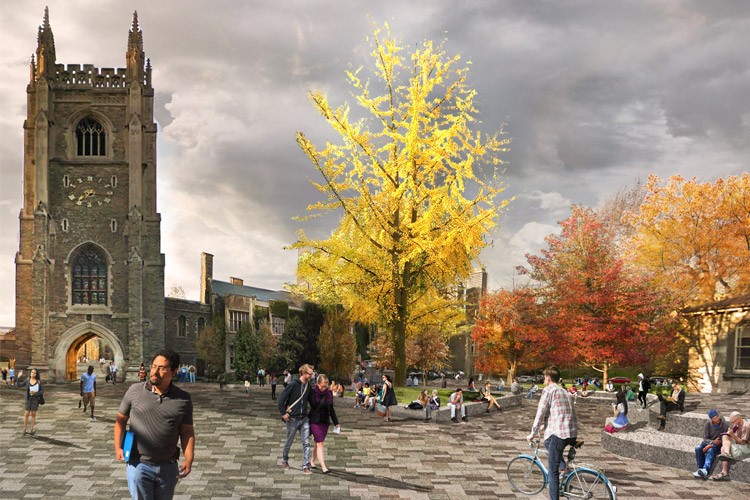 The biggest changes during the project will be the creation and expansion of pedestrian areas, especially around King’s College Circle, Hart House Circle, and Tower Road. The school said these areas would eventually be closed to all traffic, with the exception of service and accessibility vehicles.

As well, street parking will be replaced by granite paths and green spaces, and U of T plans to build an underground parking to accommodate cars.

The university is looking to add over 200 new trees surrounding several of U of T’s oldest buildings, and plans to expanded gardens and seating areas.

An Indigenous landscape project will be constructed near Hart House as part of the university’s response to the Truth and Reconciliation Commission of Canada’s calls to action, according to the school.

“The project involves extensive consultation with Indigenous students, faculty, staff, and elders, as well as representatives from First Nations communities that traditionally lived on the land,” read a statement from the University. 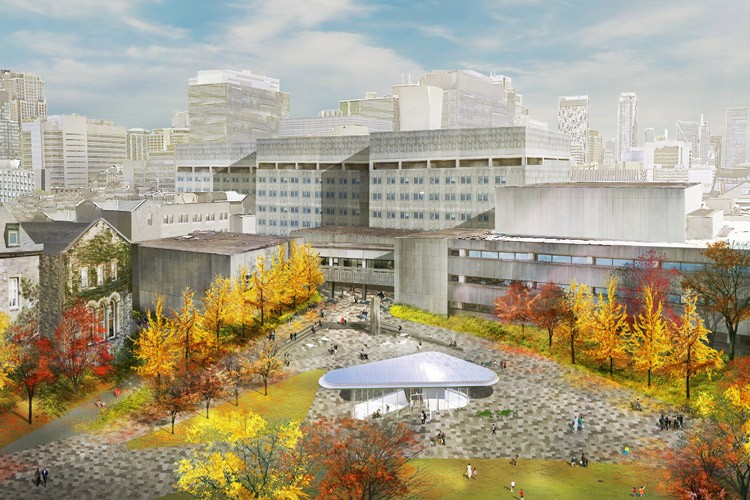 U of T’s massive urban geothermal field below Front Campus is expected to save 15,000 tonnes of greenhouse gas emissions a year, which they say equates to taking 3,000 cars off the road.

To make the campus more accessible, the school is looking to replace a number of stairs and ramps with gradual slopes, “above-ground accessible parking spaces and visual impairment markers where pedestrian paths intersect with vehicle-permitted areas.”

And while convocation ceremonies will continue to take place in Convocation Hall, U of T says that during the project, activities and services related to convocation will be relocated temporarily.

The Landmark Project plan will be taken to the Academic Board on October 3, and Governing Council for final approval on October 24.