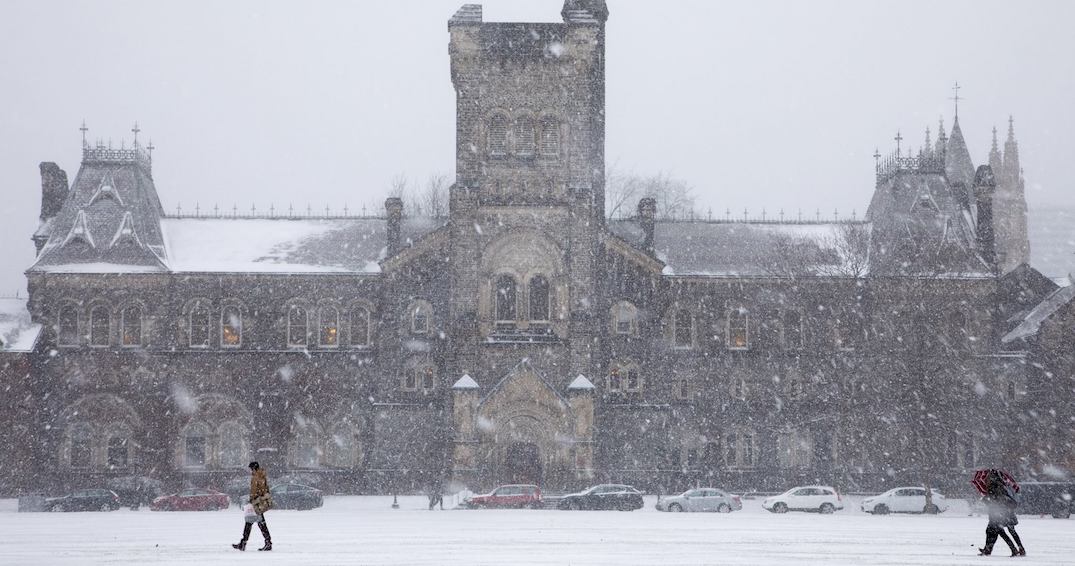 Well U of T students, your prayers have been answered.

After it was announced this morning that most schools, colleges, and universities in Toronto would be closed for the day, U of T’s downtown St. George campus still remained open.

As of 9 am, during one of the worst snowstorms so far this winter, the downtown campus remained open and according to U of T’s website, it was the only campus still open today, with its Scarborough and Mississauga locations both closed.

And it’s safe to say students were not happy about this.

But as of 11:40 am, the downtown campus announced it’s cancelling all classes starting at 4 pm and onwards due to the worsening conditions.

At this time, all buildings and facilities remain open.

Due to worsening conditions, all classes starting at 4pm or later on our Downtown Toronto campus are cancelled. Buildings and facilities remain open.https://t.co/FTVRTKs59z

As for tomorrow’s classes, an update will be posted by February 13 at 6:30 am at the latest.