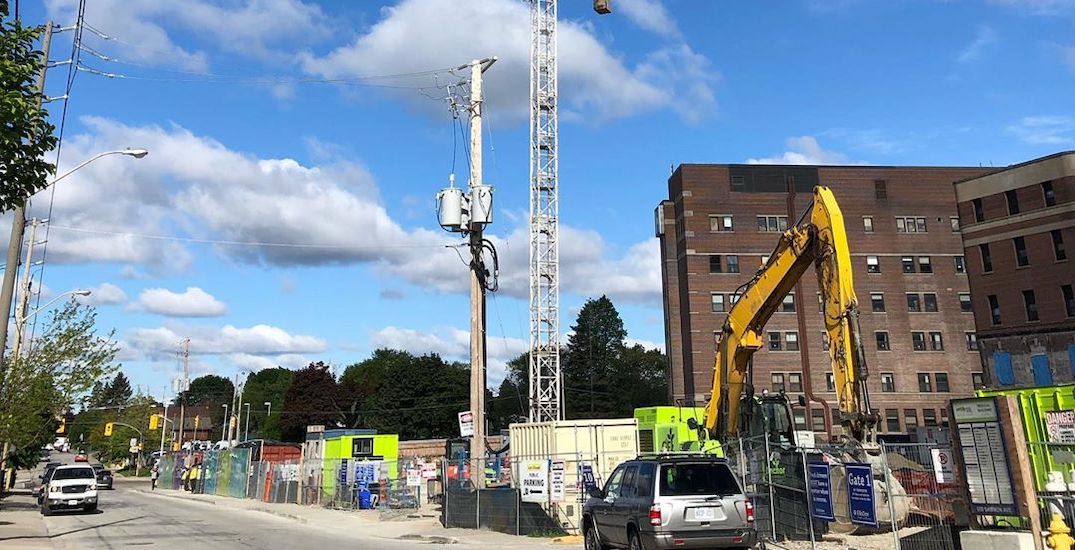 Two nooses have been discovered at a construction site at Michael Garron Hospital on Thursday, sparking a statement from the CEO and President.

There have been a total of four nooses found at other construction sites around the city since June. This is now the third noose found by the hospital.

President and CEO at Michael Garron Hospital, Sarah Downey issued a statement following the findings, confirming the discovery made on September 24.

“These despicable acts of racism are not reflective of our hospital community. While we will not let incidents of hate define us, we will call out these insidious acts whenever they take place,” said Downey.

“This pattern indicates a systemic problem. Although we have been reassured by the efforts made by EllisDon and others to address racism in the construction industry, it is clear that they need to do better. I am committed to addressing systemic and overt racism within our organization and the health sector and will hold EllisDon and all of our partners accountable to do the same.”

On June 10 and June 25, EllisDon, the construction firm, found nooses on their worksites at Michael Garron Hospital.

It is reported that workers assigned to a closed construction site, which is not accessible to the general public, arrived at work to find nooses attached to their construction equipment.

In July, a noose was reportedly found at a Toronto construction site and drew the attention of both police and politicians.

Minister of Transportation Caroline Mulroney took to Twitter to condemn the act, calling it “disgusting and unacceptable.”

Premier Doug Ford also took time during his Friday daily update to share his thoughts on the recent discovery.

“I find it absolutely disgusting that someone’s doing this. And the police are going to catch this person, and I’m sure they’re going to catch them and find out if it’s one or two bad actors as we say, they’ll face the consequences,” said Ford.

“There’s no room or tolerance for any racism, I don’t care what racism it is, I have zero tolerance for that. We’re going to catch this person and we’ll bring them to justice.”

Downey assures that Michael Garron Hospital will work alongside Toronto Police Service to ensure that whoever is responsible, is held accountable.

“Anti-Black racism has no place in our hospital or anywhere in our community and it will never be tolerated.”