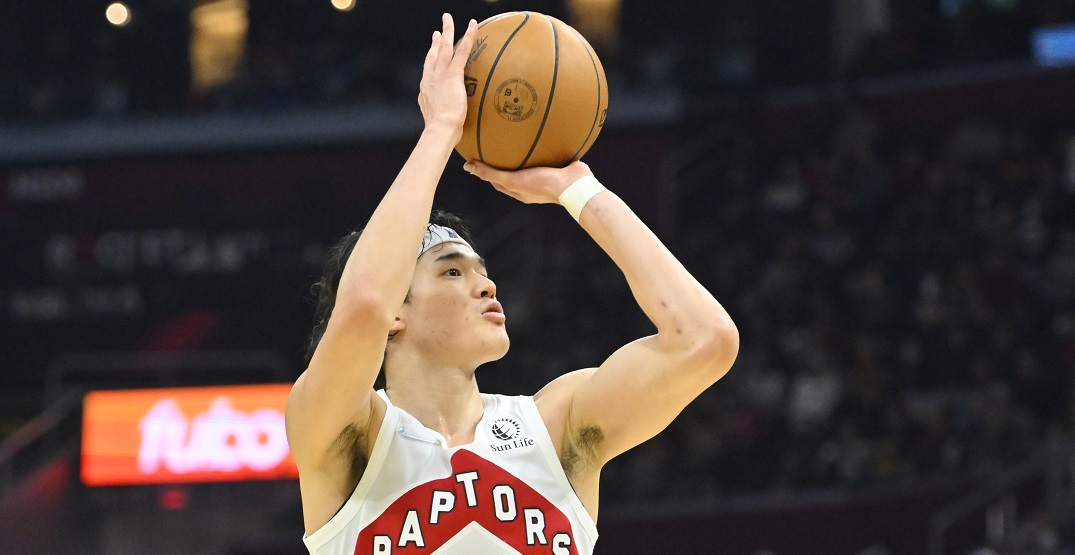 Forwards Yuta Watanabe and Svi Mykhailiuk are the two latest Raptors to be added to the league’s COVID-19 list on Tuesday.

Mykhailuk had been the “healthiest” Raptor this season, having been the only player on the roster to suit up for all 33 games to date. Watanabe, on the other hand, has suited up for just 14 games this season after missing the first month due to a calf injury.

Chris Boucher is the lone Toronto player this season to not have entered COVID-19 protocols at least once.

Per Fansure’s league-wide NBA data, Toronto players have missed 81 man-days due to COVID outbreaks, the ninth highest total league-wide, as per the last update on January 2.

282 players across the league have entered in COVID-19 protocol so far this season, with the league having postponed 11 games to date.

Having pushed into tenth in the Eastern Conference after back-to-back wins over the Los Angeles Clippers and New York Knicks, the Raptors are taking on the San Antonio Spurs at home tonight, with tipoff set for 7:00 pm. Once again, no fans will be in attendance due to capacity restrictions, but the game will be available for broadcast on Sportsnet.