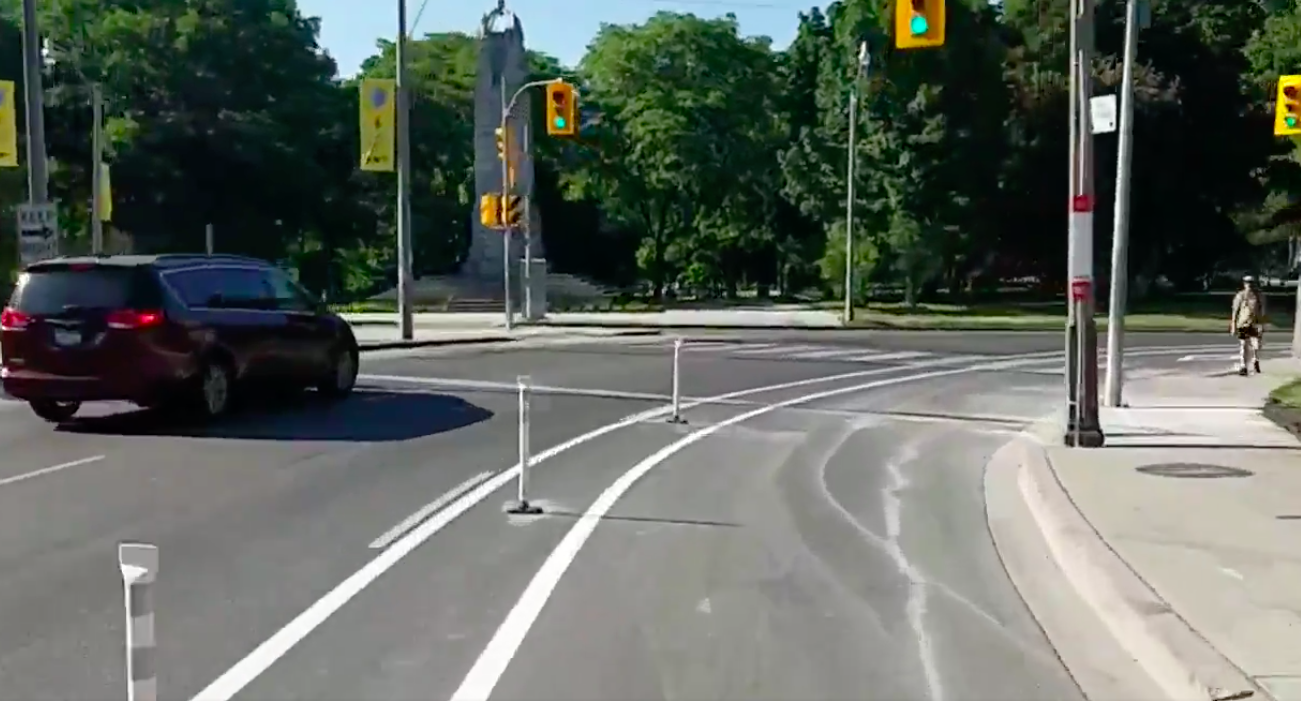 On Wednesday, Mayor John Tory announced that two major downtown ActiveTO cycling network connections, on parts of University Avenue/Queen’s Park Crescent and Bloor Street, will be installed before the weekend.

New, separated bike lanes of one km, were also installed on Dundas Street East, between Sackville Street and Broadview Avenue, earlier this month.

“The ActiveTO cycling network expansion is going in rapidly so that we can see the benefits for our residents quickly,” Tory said.

“As we enter Stage 2, more and more residents will be able to rely on a well-connected cycling network along our transit lines that will get people, including frontline healthcare workers, moving to where they need to be and provide an important relief valve for the subway.”

The ActiveTO cycling network plan is the largest expansion of Toronto’s on-street bike network ever in one year.

It includes approximately 25 km of temporary, new bikeways along with the acceleration of 15 km of cycling routes previously planned for this year, for a total of approximately 40 km of new on-street cycling lanes in 2020 to be installed.

Through ActiveTO, the cycling network is being expanded quickly through temporary installations by repurposing curb lanes along several key corridors.

Also, this weekend the following ActiveTO major road closures will be in place from Saturday, June 27 at 6 am to Sunday, June 28 at 11 pm:

Parking lots at Sunnyside Park, Sir Casimir Gzowski Park and Budapest Park will be closed all weekend during ActiveTO closures.

And, overnight parking is not permitted in these lots and any vehicles should be moved before midnight on Friday night.

The City has also installed more the 60 km of Quiet Street locations in various neighbourhoods across Toronto.

“Staff continue to actively monitor and adapt all locations, based on neighbourhood use, and have been returning to locations to address on-street issues as they arise. An online feedback survey is also being planned for those who are using Quiet Streets,” the City said.

The ActiveTO program was developed by Toronto Public Health and Transportation Services to provide more space for people to be physically active and improve physical distancing as part of the City’s restart and recovery in the wake of COVID-19.

All ActiveTO initiatives have been created to be adaptable, flexible and temporary.