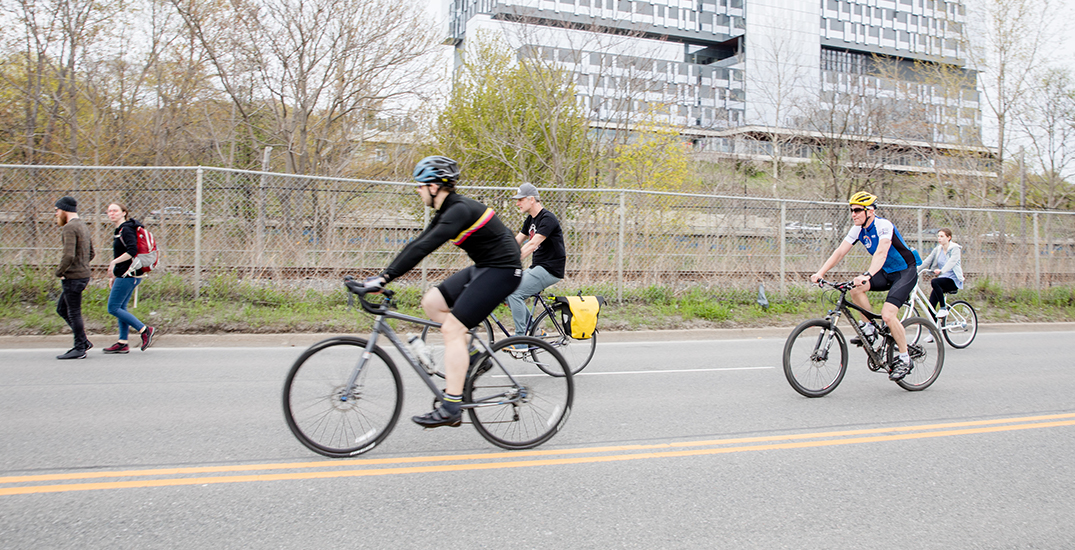 Sixty-five kilometres of Quiet Streets have been installed along 32 neighbourhood routes across Toronto, according to the City.

“The ActiveTO programs are being installed in record time and the feedback I’ve heard from many people who are using the spaces has been tremendously positive. Staff will continue to work to address any issues and improve these installations,” he said.

According to the City of Toronto, Quiet Streets are shared spaces to allow residents to maintain physical distancing, while also being able to get around on neighbourhood streets.

There has been signage and temporary barricades put up at intersections. This is to encourage slow and local vehicle access.

Parking and drop off areas will not be impacted. Services including waste collection and emergency access will also continue as normal.

The locations of Quiet Streets were prioritized based on the following factors: population density, equity and access, access to greenspace, nearby attractions, traffic volumes, and other considerations.

There has been staff actively monitoring and adapting all locations. This has been based on neighbourhood use. They have also been returning to locations to address on-street issues as they come up.

The Quiet Streets program was officially launched on May 14. It was originally anticipated that around 57 kilometres would be installed.

More than 10 kilometres of ActiveTO Major Roads will again be closed this weekend, from Saturday, June 13 at 6 am until Sunday, June 14 at 11 pm.:

The City has said that they will be actively managing traffic during these closures. They will be doing this through signal timing adjustments on adjacent routes and roadway signage to alert drivers.

Motorists who normally do travel on these roads on weekends should plan alternative routes.

If you plan on using the major roads during their closure to run, walk or cycle, you should access them by bike or as a pedestrian. This is due to the limited parking nearby. Site parking will also not be provided.

“Quiet Streets are effectively taking advantage of the available space on our neighbourhood roadways to encourage mobility for all,” said Councillor James Pasternak (Ward 6 York Centre), Chair of the Infrastructure and Environment Committee. “They have proven to be an important part of our city’s restart and recovery and have provided more choice for people to get around. As we gather feedback and learn more about how people are using ActiveTO locations, we can better understand how it contributes to greater goals such as our Vision Zero road safety plan.”

The ActiveTO cycling network plan has been approved by Toronto City Council.

According to the City, the plan is part of the largest expansion of Toronto’s on-street bike network ever, in one year.

It is set to include approximately 40 kilometres of new cycling routes for 2020.

The very first kilometre of new temporary bikeway was installed last week. It was installed along Dundas Street East, between Sackville Street and Broadview Avenue.

The next planned location is set to be installed along University Avenue/Queen’s Park Crescent, between Adelaide Street West and Bloor Street West, on Bayview Avenue between River Street and Rosedale Valley Road, and on Bloor Street, between Avenue Road and Sherbourne Street.

This program was developed by Toronto Public Health and Transportation Services. It was developed to provide space for people to be physically active in Toronto. It was also created to improve physical distancing.

This program will be continuing to address locations where there is sidewalk crowding, according to the City of Toronto.

It is also in charge of addressing temporary parking concerns around businesses.

“To date, 82 pedestrian curb lane zones have been installed, 61 temporary parking pick-up zones, and five locations have had sidewalks widened into the curb lane,” the City of Toronto said on their website.