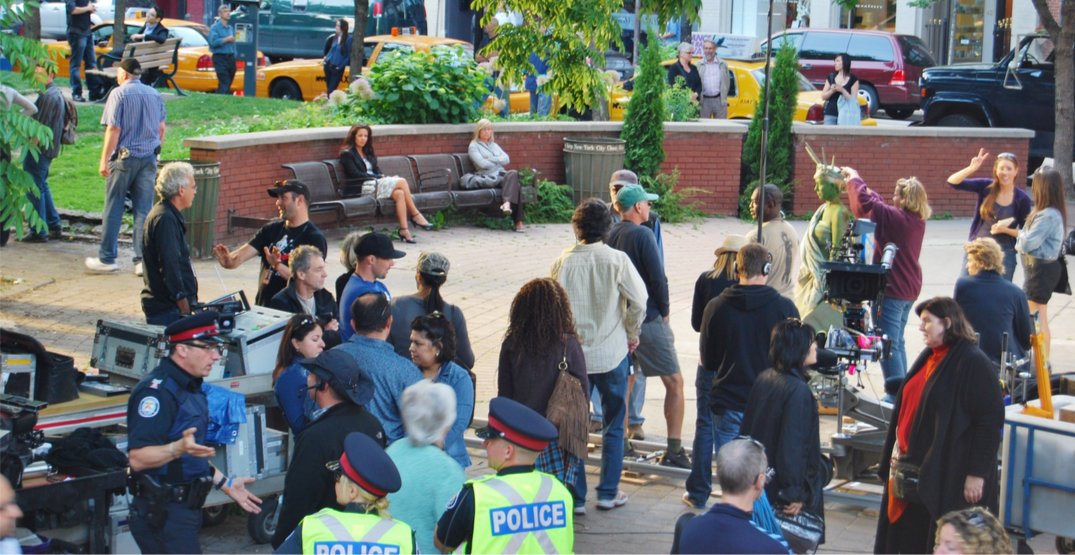 A TV crew scheduled to film an allegedly violent scene near the location of Toronto’s van attack has been cancelled.

Amazon Prime’s The Boys is currently shooting its second season in Toronto, and was reportedly planning on filming a bloody scene at Mel Lastman Square.

While the show had a City of Toronto permit to shoot at the North York location, it has reportedly cancelled out of respect to the victims of the van attack that took place on April 2018.

The City of Toronto’s chief communications officer Brad Ross said that they are looking into the processing of filming in public places when it comes to locations such as that in North York.

“The city is looking at its processes to ensure absolute clarity about what is being filmed in public spaces, especially in locations that may be sensitive, such as Mel Lastman Square and the Danforth,” said Ross.

@cityoftoronto just learnt that @TheBoysTV will be filming at Mel Lastman Square tomorrow with “about 450 people running, and fake blood”… How is this being allowed there, of all places??? People living and working in the neighbourhood witnessed the van attack 1st hand

According to the city, The Boys began filming their new season in Toronto in June.

“The Toronto film industry is worth $2 billion and supports 30,000 jobs. Last year, the city issued 3,000 film permits,” said Ross. “All that said, we always aim to balance the needs of productions with that of residents, businesses, and others to ensure a sustainable filming environment.”

On April 23, 2018, while driving a van, Alek Minassian killed 10 people and injured 16 others on a kilometre stretch of road along Yonge and Finch.

Minassian is facing 10 counts of first-degree murder and 16 counts of attempted murder in the attack last year, with his likley months-long trial set to begin in April 2020.