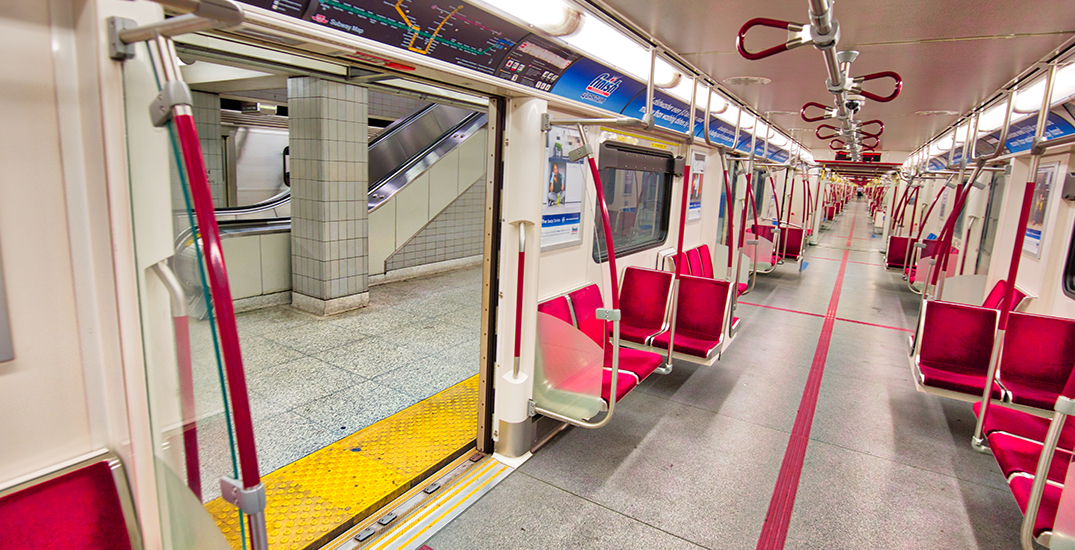 There will be TTC closures this weekend on Line 1 and 2.

There will be no subway service on the portion of Line 1 between Sheppard-Yonge and St. Clair stations, this Saturday and Sunday. This will be due to track maintenance.

There will be shuttle buses running along Yonge Street which will stop at each station along the route.

The following stations will allow for customers to board and disembark on Yonge Street:

According to the TTC, Sheppard-Yonge customers can disembark in the bus bay and board on Yonge Street, outside of the station.

At St. Clair station, customers can board inside of the bus bay and disembark on St. Clair Avenue East, outside of the station.

The 97 Yonge bus and the University side of Line 1 will be available as alternatives during the closures.

All stations will remain open for PRESTO fare sales. They will also be open for access to surface routes and Line 4.

On Sunday only, Line 2 will be closed between St. George and Broadview stations. They will only be closed until noon for maintenance on the Prince Edward (Bloor) Viaduct.

Shuttle buses will be running and will stop at each station along the route.

Sherbourne and Bay stations will be closed until noon. All other stations will remain open for PRESTO fare sales and transfers to surface routes and Line 1.

The TTC has said that they will have staff on hand to direct customers to shuttle boarding and offloading locations, as they will vary at each station.

There will also be customer service staff members available for assistance for those who require Wheel-Trans.

The TTC has also said that they do most of their subway maintenance at night, after the conclusion of service but it requires early weeknight and weekend closures, like the ones this weekend, at times to complete critical infrastructure and ATC upgrades.