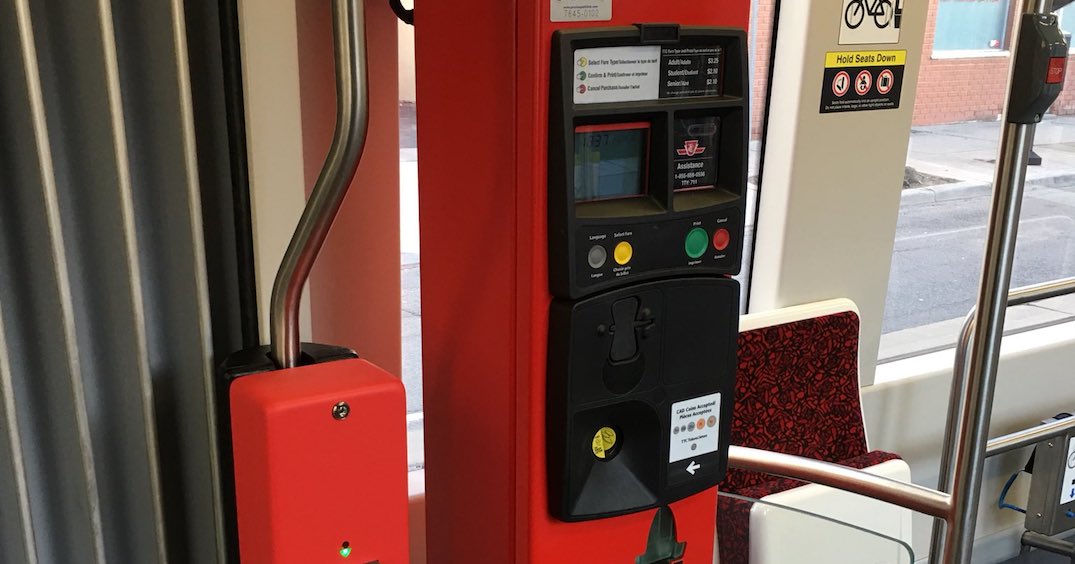 When the TTC rolled out fare machines on streetcars that accepted credit and debit payments, many commuters were relieved.

Gone were the days of exact change or tokens… until now.

Recent streetcar riders may have noticed a change in the machines. The touchscreens that many of us have become so familiar with have been replaced. 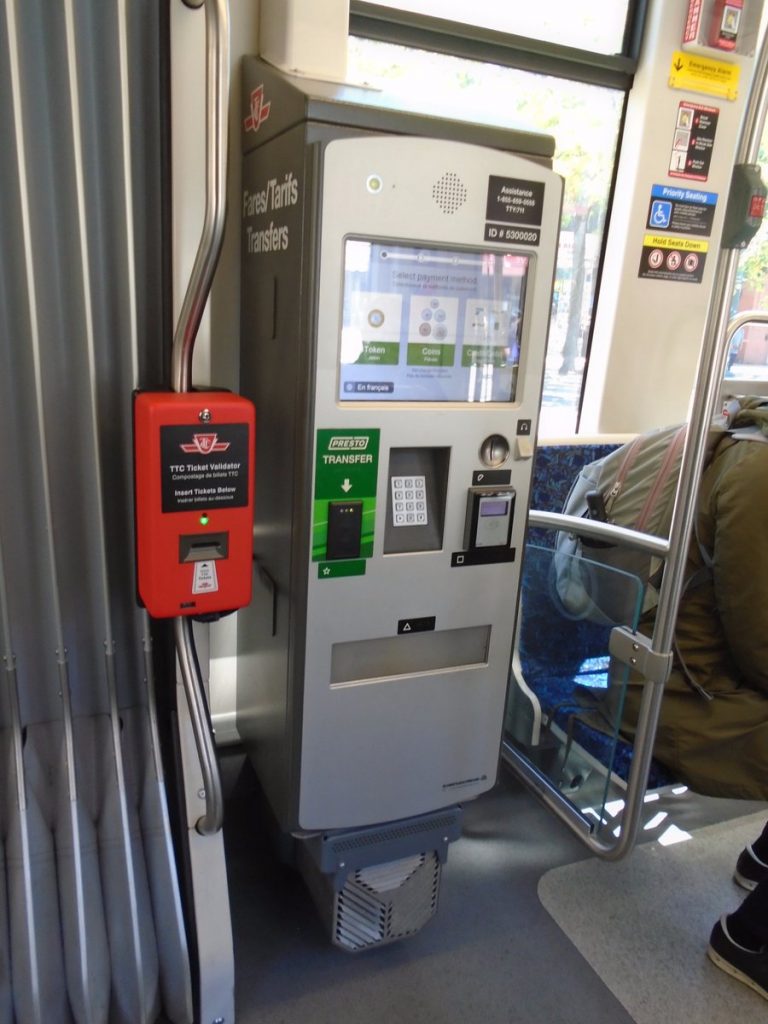 Right now, on some transit cars, commuters will notice a red machine with buttons. Actual buttons, not a touchscreen.

On its website, the TTC states that “customers may notice new fares and transfers machines on select streetcars. At this time, these machines do not accept debit or credit cards.  Passengers travelling by streetcar should carry a PRESTO card, a token, or exact change for fare payment in the event they board a streetcar with reduced payment functionality.”

“These are new machines that PRESTO is installing on our new streetcars,” said TTC Spokesperson Heather Brown. “These machines are part of an upgrade and will better meet the needs of our customers who pay their fare by cash or token.”

Brown also said these machines will eventually replace the current black Fares and Transfers Machines that are on the new streetcars.

The TTC’s installation of these new machines will be done in two phases.

Phase one is underway and the machines that are available do not accept debit or credit, according to Brown.

“To mitigate this we are working with PRESTO to have one new machine available along with one of the black machines so that customers can continue to pay by debit and credit until the second generation of these new machines are available.”

Brown added that second-generation machines will accept debit and credit.

“We don’t have a confirmed timeframe for when the second generation machines will be available,” she said, noting the TTC is finalizing these details with PRESTO.

Whoa new fare machines on 4471. Buttons instead of touchscreen 😲 @bradTTC is this the shape of things to come? #TTC pic.twitter.com/6r01Kev2Fy

Currently, four of the TTC’s new streetcars have two of these new machines. In the next few weeks and moving forward, there will be one of the new machines as well as one of the black Fares and Transfers Machines available on all new streetcars that are put into service so customers can continue to use debit and credit.

PRESTO will be going back to the four new streetcars to replace one of the new machines with an older machine so that debit and credit will be accepted on these streetcars, according to the TTC.

And if the new red machines look familiar, it’s because we have seen them before… in 2014.

This is the single-fare vending machine on the new #streetcar. Takes about 15-20 seconds to buy one #ttc #transit pic.twitter.com/HAWYPKUnSq

#streetcar drivers no longer accept fares when boarding.You pay your fare using the machines at the stop or on board. pic.twitter.com/uZdrdlkDKI

The good news is, it’s 2018, and we’ll still be able to use cards for payment on all streetcars again… eventually.