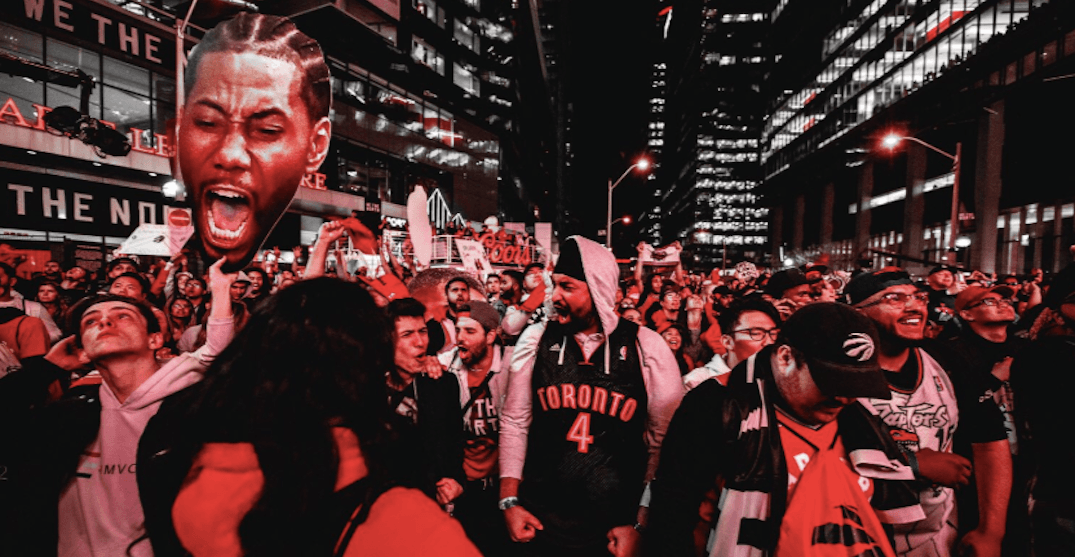 The TTC is calling it a “historic Toronto Raptors Game 5,” and to prepare or the evening, they have changed up some of their services to and from downtown Toronto.

Because of the volume of traffic expected in the area, the TTC says there will be several diversions and short turns in place.

There will be no streetcar or bus service east and west between Bathurst St. and Church St. and north and south between College St. and Lake Shore Blvd.

The following routes will start short turning at or near those intersections at the end of the third quarter of tonight’s game:

But, according to the TTC, subway service will be extended tonight.

The last trains will head northbound from Union Station on both the Yonge and University sides of Line 1 at 2:25 am with connections available to Line 2 at Bloor-Yonge and St George stations, and to Line 4 at Sheppard-Yonge Station.

Additional subway trains and buses have also been scheduled in the downtown core before and after the game with extras on standby.

“The TTC wishes all Toronto Raptors fans a safe and fun game-watching experience tonight and reminds everyone to party responsibly,” says the transit release at the end. “Let’s Go Raptors!!”