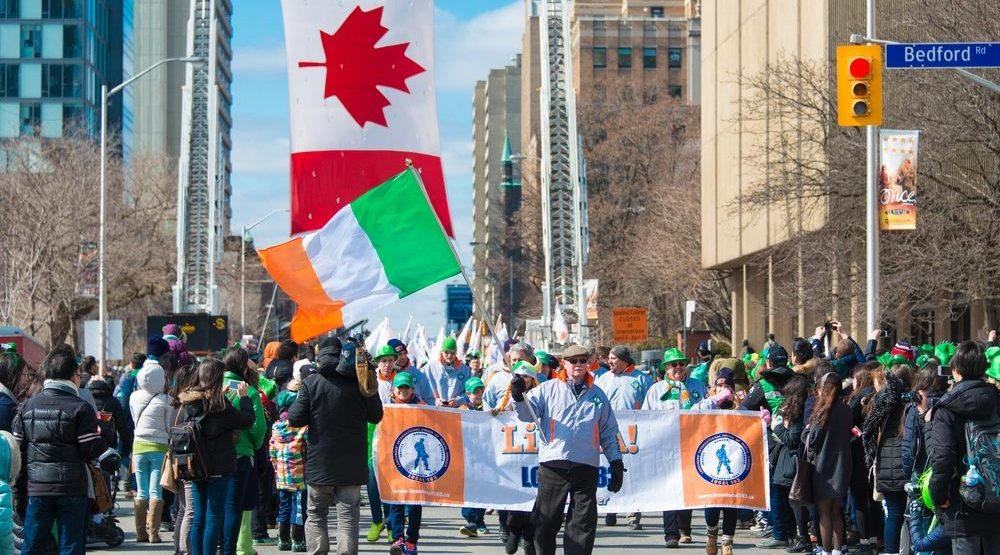 Update: The subway closure scheduled for Saturday, March 14 has been cancelled. Planned maintenance will be rescheduled.

Further, due to the cancellation of the Achilles St. Patrick’s Day Race and the St. Patrick’s Day Parade, the planned diversions on the 5 Avenue Rd, 94A Wellesley, 6 Bay, 72B Pape, 121 Fort York-Esplanade, and 501 Queen have been cancelled.

The weekend is almost here, and with it come some subway closures and diversions because of the St. Patrick’s Day parade.

According to the TTC, this Saturday, March 14, there will be no subway service on the portion of Line 1 between Sheppard-Yonge and Eglinton stations due to track maintenance.

Replacement shuttle buses will run along Yonge Street, stopping at each station along the route. TTC staff will be on hand to direct customers to shuttle boarding and offloading locations, which will vary from station to station.

All stations will remain open for fare sales and access to surface routes and Line 4.

At York Mills Station, the Old York Mills Road entrance will be closed. Customers can use the other station entrances located in the York Mills Centre, Yonge Corporate Centre, and at the corner of Yonge Street and Wilson Avenue.

At Lawrence Station, the automatic entrances at Ranleigh Avenue and Bedford Park Avenue will also be closed. Customers are advised to use the entrances at Yonge Street and Lawrence Avenue.

Wheel-Trans will be available upon request from any station throughout the closure.

Several routes will be diverting to accommodate the St. Patrick’s Day festivities this Sunday including:

The 505 Dundas and 506 Carlton will operate as usual through breaks in the St. Patrick’s Day Parade. Customers should expect longer than normal travel and wait times on these routes due to the events.

The TTC will be offering free service on the 501 Queen and 504 King routes from 7 pm on Tuesday, March 17 to 2:30 am on Wednesday, March 18. Torontonians are encouraged to use the complimentary service, courtesy of Jameson Irish Whiskey, to travel to and from their St. Patrick’s Day festivities safely and responsibly.

PRESTO card readers on these routes will be covered and signs will be placed on fare machines.