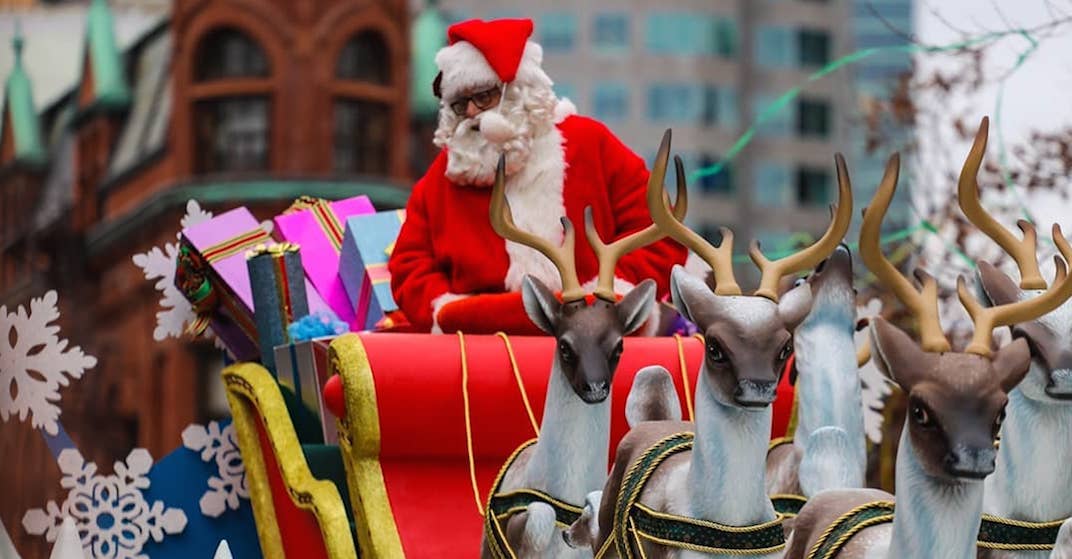 This Sunday, Old Saint Nick will be rolling through town as part of the city’s 115th annual Santa Claus Parade.

And the TTC is the best way to get to the action.

This year, the parade is taking a new route and customers can use Sherbourne, Bloor-Yonge, and Bay stations to easily access the festivities.

The TTC says it will also be adding extra service to a number of its routes to make the day even more jolly.

This Sunday, the following routes will be diverting during the Santa Clause Parade and the Holly Jolly 5k Run:

The 501 Queen, 504 King, 505 Dundas, and 506 Carlton streetcars will continue to run on their regular routines, with some delays during the parade.

In order to avoid lines and plan a hassle-free return trip, the TTC is encouraging customers to purchase a two-ride PRESTO ticket at the start of their journey or in advance of parade day.

Two-ride PRESTO tickets are available at Fare Vending Machines at any TTC subway station or at any Shoppers Drug Mart location in Toronto. Additionally, children 12 and under can ride for free. Group Day Passes are not available on PRESTO.

Also, to really get into the holiday spirit, parking at many TTC subway stations will be free on Sunday, and there are no subway closures to prepare for.