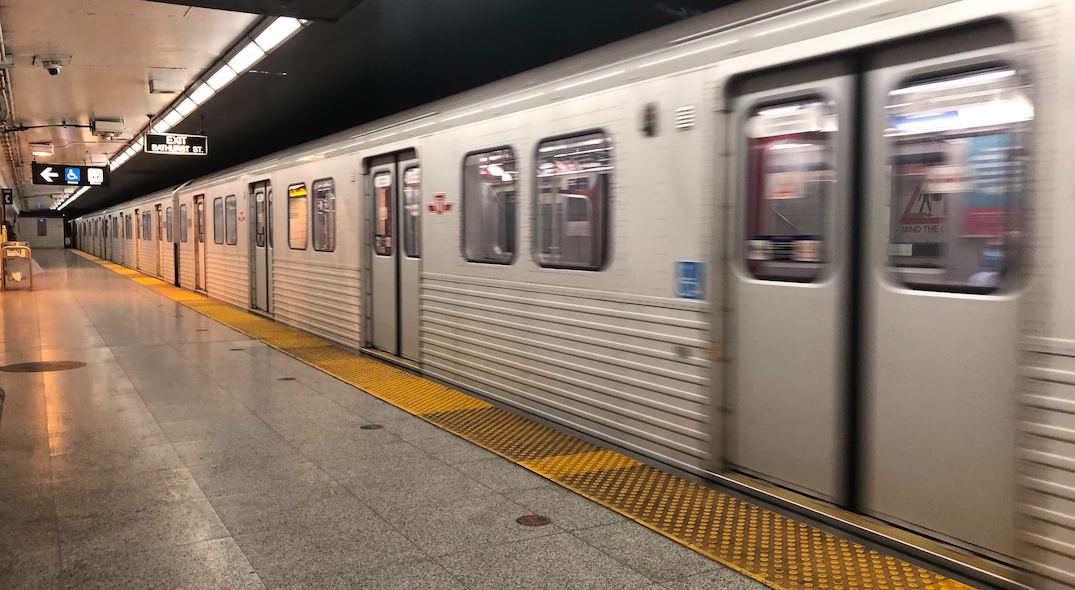 Subway service on Line 2 will be starting later in the day this weekend, according to the TTC.

On Sunday, July 26 only, subway service between St. George and Broadview stations will start at 12 pm to “accommodate beam replacement on the Prince Edward (Bloor) Viaduct” the transit commission says.

Also, Bay and Sherbourne stations will be closed.

But, all other stations will remain open for the purchase of PRESTO and connection to surface routes, as shuttle buses will be operating.

And next week from Monday, July 27 to Friday, July 31, subway service will end earlier each night at 11 pm on Line 2 between St. George and Woodbine stations.

According to the TTC, the earlier closure is to accommodate track maintenance and upgrades.

Although, regular service will resume by approximately 6 am Tuesday to Friday mornings.

“While the TTC does most subway maintenance at the conclusion of service each night, it continues to require weekend and early weeknight closures to complete critical infrastructure and ATC upgrades,” the transit commission said.

It is also important to note that surface service at Bathurst Station has resumed, reopening to vehicular traffic, ahead of schedule, on July 13.

And remaining work inside of the station has been completed and as a result, 511 Bathurst and 7 Bathurst buses will return to Bathurst Station starting at 5 am on Monday.