This weekend, the Toronto Christmas Market, Canada’s Walk of Fame Awards and a number of Santa Claus Parades will result in road closures throughout the city.

Additionally, there will be TTC track maintenance as well which will cause disruptions.

Here’s what to prepare for:

The following road closures will be in effect to accommodate this event:

Northbound and southbound curb lanes on Parliament Street from Lake Shore Boulevard East to Front Street East will be closed from Friday, November 30 at 4 pm until Sunday, December 2 at midnight.

Lake Shore Boulevard West will be fully closed between Dwight Avenue and Thirty Sixth Street from 8 am to 12:30 pm on Saturday, December 1.

Albion Road will be closed from Thistle Down Boulevard to Finch Avenue West from noon until 3:30 pm on Sunday, December 2.

This weekend, from December 1 to 2, TTC crews will continue to install the Automated Train Control (ATC) signal system on Line 1 Yonge-University, requiring portions of the line to close for periods of time.

On Saturday, December 1, there will be no service on the portion of Line 1 between Finch West and St George stations.

Shuttle buses will operate during this closure. 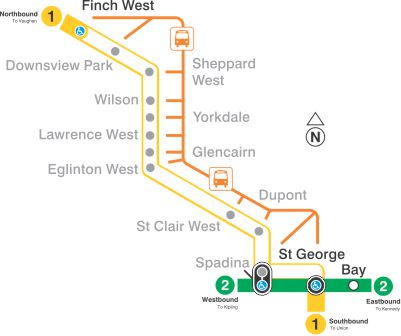 On Sunday, December 2, there will be no service on the portion of Line 1 between Finch West and Lawrence West stations.

Shuttle buses will operate during this closure. 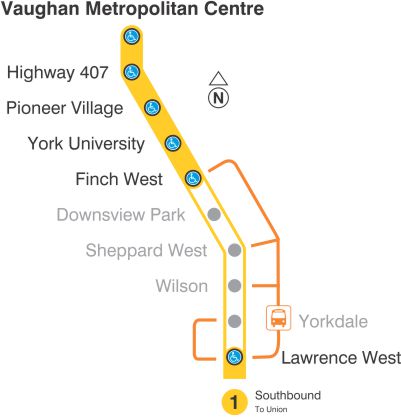 At the end of the weekend, the entire area between Vaughan Metropolitan Centre and Dupont stations will run on ATC.

This milestone means that customers riding along that portion of the line will encounter more reliable service and fewer delays due to signal issues. When ATC is fully implemented on Line 1, it will provide a more modern and reliable signal system that will allow for an increase in the number of trains operating on the line.