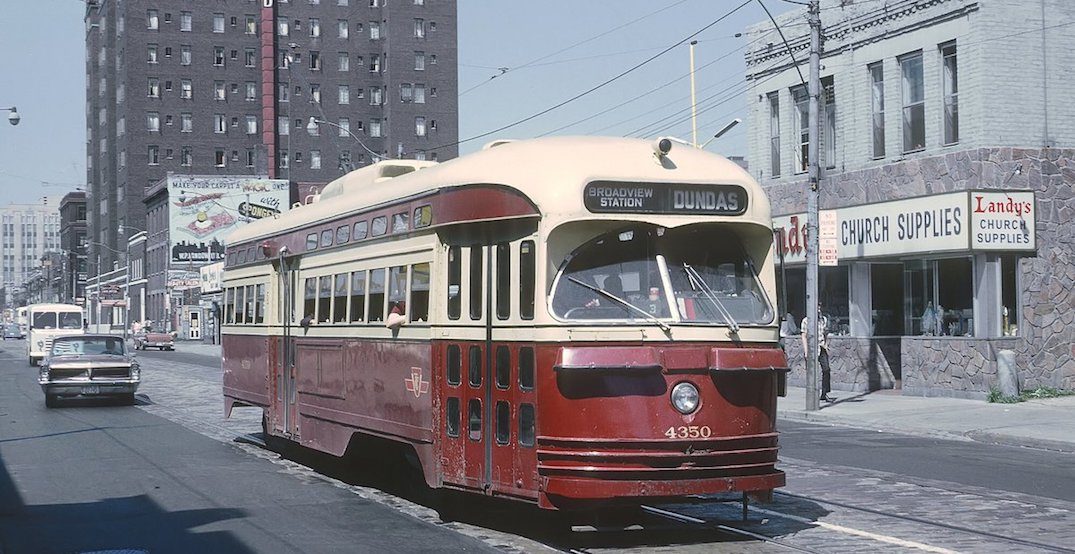 Take a trip through time and the city, on the TTC’s vintage streetcar.

This Sunday, the TTC recognizes the 80th anniversary of the PCC streetcar in Toronto by taking one of its two vintage Red Rocket streetcars out for a ceremonial ride downtown.

PCC streetcars first entered service in the city on September 23, 1938. The PCC fleet, more than 740 strong at its peak, was one of the largest in North America and did a venerable job of serving millions of daily transit riders over generations.

The last PCC cars were retired from TTC service in 1995.

Rides on the vintage streetcar will be free of charge on Sunday.

On Sunday, the #TTC celebrates the 80th anniversary of the PCC streetcar and you’re invited. They entered service on Sept. 23, 1938 and were retired in 1995. We once had more than 700 in the fleet. Fare is free. Catch it on Queen St between Bathurst and Church Sts from 10am-2pm pic.twitter.com/xVlMckcSnc

Where: Serving stops along Queen Street, between Bathurst Street and Church Street.
When: Sunday, September 23, 2018, from approximately 10 am to 2 pm.