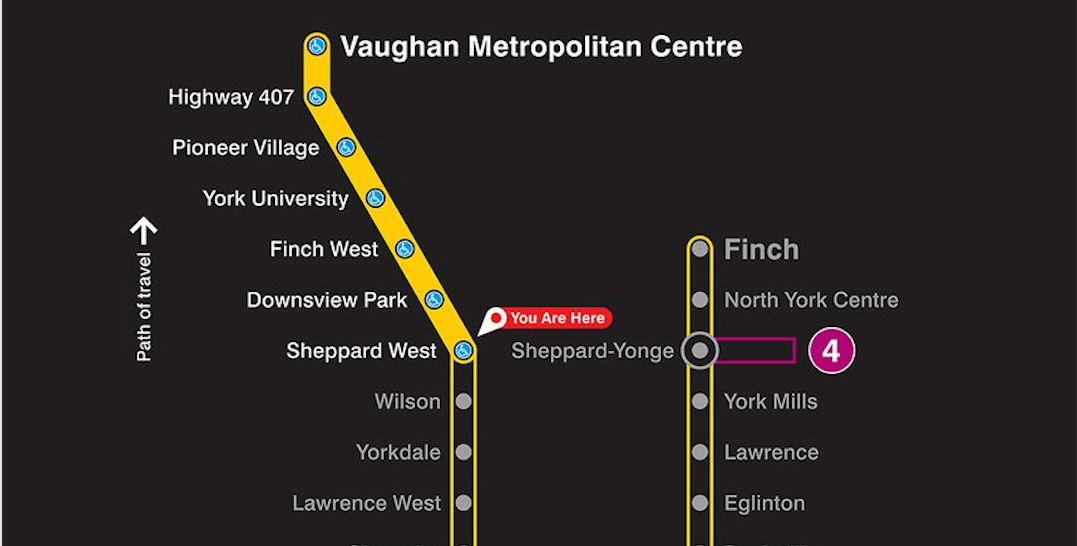 We’re under two weeks away from the official opening of the TTC’s Line 1 extension.

The TTC began testing the extension on the Toronto-York Spadina Subway Extension (TYSSE) line earlier this year, and we’re just days until its full unveil on December 17.

The new six-station, 8.6-km extension of Line runs from the current terminus at Sheppard West Station through York University and into York Region, ending at the Vaughan Metropolitan Centre at Hwy. 7 and Jane Street.

And now, the new maps are being rolled out onto subway trains and stations.

“You will start to see some new maps on your TTC starting this week as we get closer to the opening of the Line 1 extension in just 12 short days,” tweeted TTC’s Brad Ross. Ross also shared images of the maps.

Check them out below, and get excited to head all the way north. 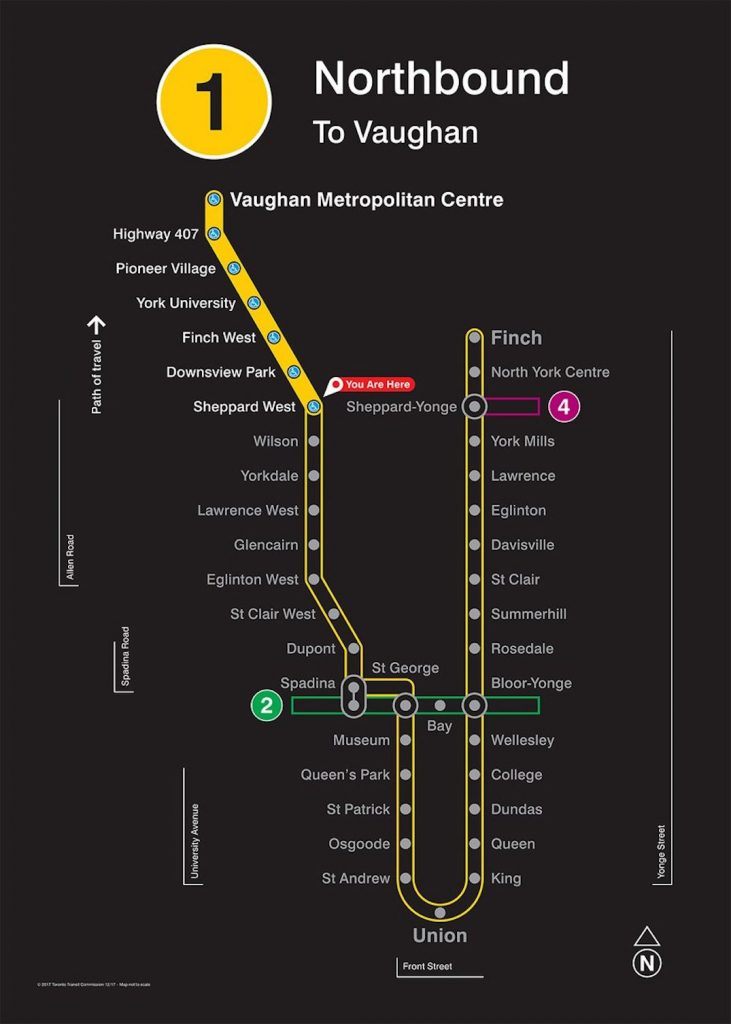