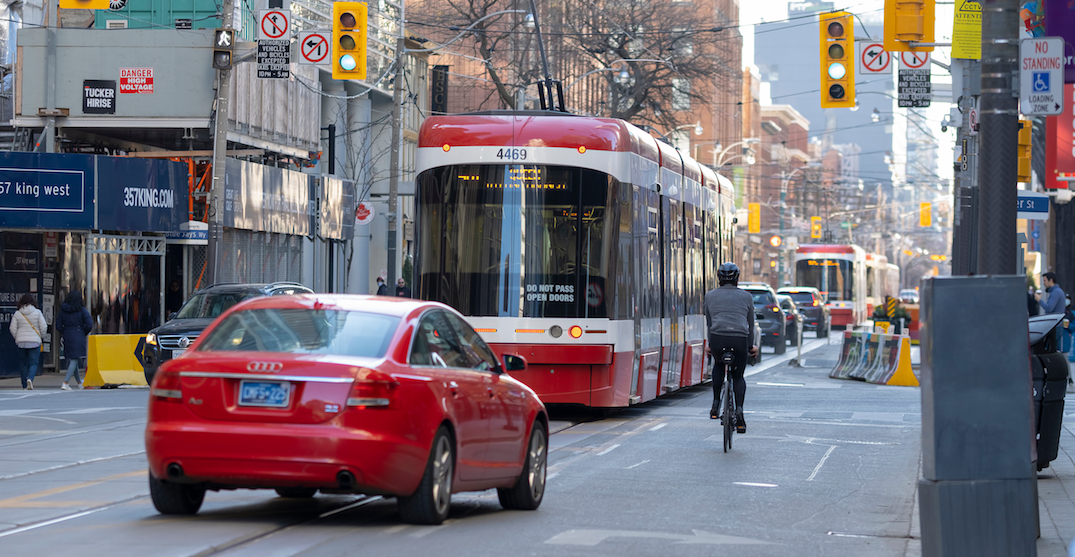 Millions of Toronto’s public transit users are opting to use Uber and Lyft instead of the TTC to get around the city, resulting in a revenue loss of more than $70 million for the TTC in 2019 alone.

According to a new report released by RideFairTO — a coalition that advocates for fair regulation of rideshare platforms — City data found that an average of 176,000 ride-hailing trips were placed each day, totalling approximately 31 million trips per year.

Assuming that all of the rideshare users would have otherwise taken the public transit, and knowing that the average TTC trip costs $2.35, the report concluded that the TTC lost $74 million to Uber and Lyft in 2019.

In the report, the coalition compares the millions of dollars lost every year due to fare evasion, saying that the ridesharing issue is just as bad, if not worse, due to the ever-growing popularity of apps like Uber and Lyft.

“In 2020, much news was made of the $70 million lost to TTC fare evasion, which resulted in a comprehensive policy response,” the report reads, referencing the TTC’s use of undercover fare inspectors, expensive fare evasion fines, and a robust anti-fare evasion ad campaign.

“Our report suggests that ride-hailing apps present a much more existential threat to our public transit system and our environmental goals.”

The report even points out a correlation between when Uber and Lyft took off in the city and when TTC ridership began to decline.

“Following years of sustained growth […] TTC ridership began to level off in 2015 and actually began to decline between 2017 and 2018.” the report says. “This drop in ridership corresponds to the explosive growth of ride-hailing trips.”

Losing ridership isn’t just an issue of the TTC losing millions to Uber and Lyft, the report adds. It could have much more significant implications in the future, like increasing road congestion and making surface transportation, such as streetcars and buses, less effective, “setting in motion a vicious cycle.”

Lyft, however, says that it has and will continue to work with the City to operate in a way that highlights public transit options to its riders.

“Since launching in Toronto in late 2017, Lyft has consistently striven to work in partnership with public transit agencies, from a pilot program with Metrolinx in 2019 to integrating public transit information, including the TTC, directly in-app in 2020,” said Lyft General Manager Hannah Parish.

“The need for access to additional transportation options, especially in underserved communities, has been compounded during the pandemic.”