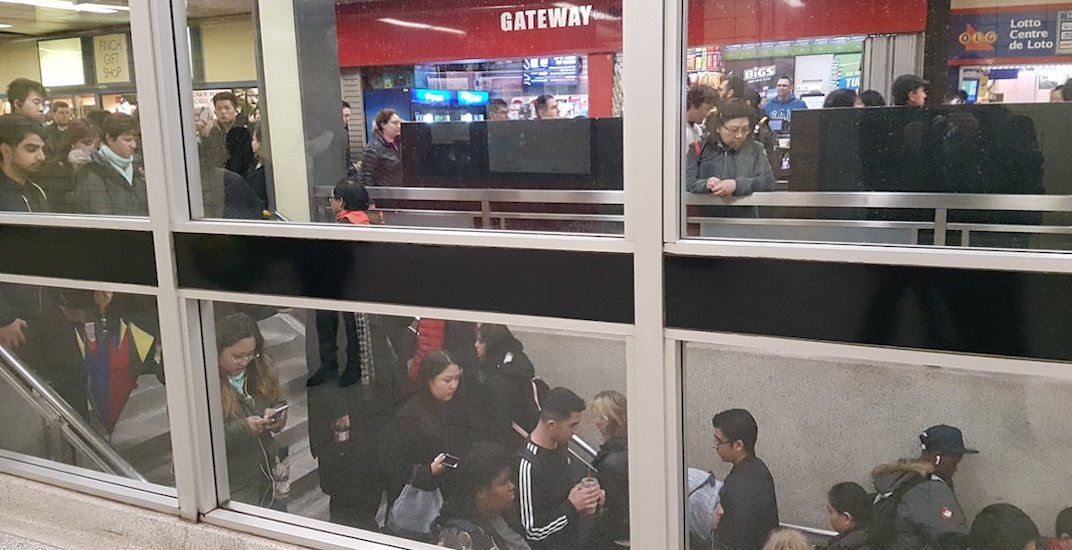 Another morning, another TTC service delay.

We might only be a few hours into the work day, but it’s already been a rough start for a number of Torontonians after someone jumped onto the TTC tracks, resulting in a service suspension on Line 1.

According to the police, a man jumped onto the tracks earlier this morning and was running through the tunnels at North York Centre station.

As a result, the power was cut on the tracks.

According to the TTC, the incident occurred before 8 am this morning, and resulted in delays of up to 15-minutes, with no northbound service while authorities looked for the man.

Line 1 Yonge-University: Delays of up to 15 minutes northbound near North York Centre while we deal with a trespasser on the tracks.

Police said while the tunnels have been searched, the man has not been found and trains have since re-opened.

UNKNOWN TROUBLE:
North York Centre Subway station
-Officers o/s
-Tunnel has been searched
-Man has not been found
-Trains have been re-opened
^dh

As all minor TTC service disruptions go, the incident resulted in a serious headache for commuters and many were left stranded at the station waiting for the service suspension to resolve.

@TTChelps just an embarrassing start to the day. 30min and counting of no service due to a person at track level. 1000s stranded. Ttc is a JOKE! pic.twitter.com/dgC5nDdtDD

Just remember, if you’re ever late for work as a result of the TTC, the transit authority will provide late notes for commuters (for real) delayed by its subways, streetcars and buses.