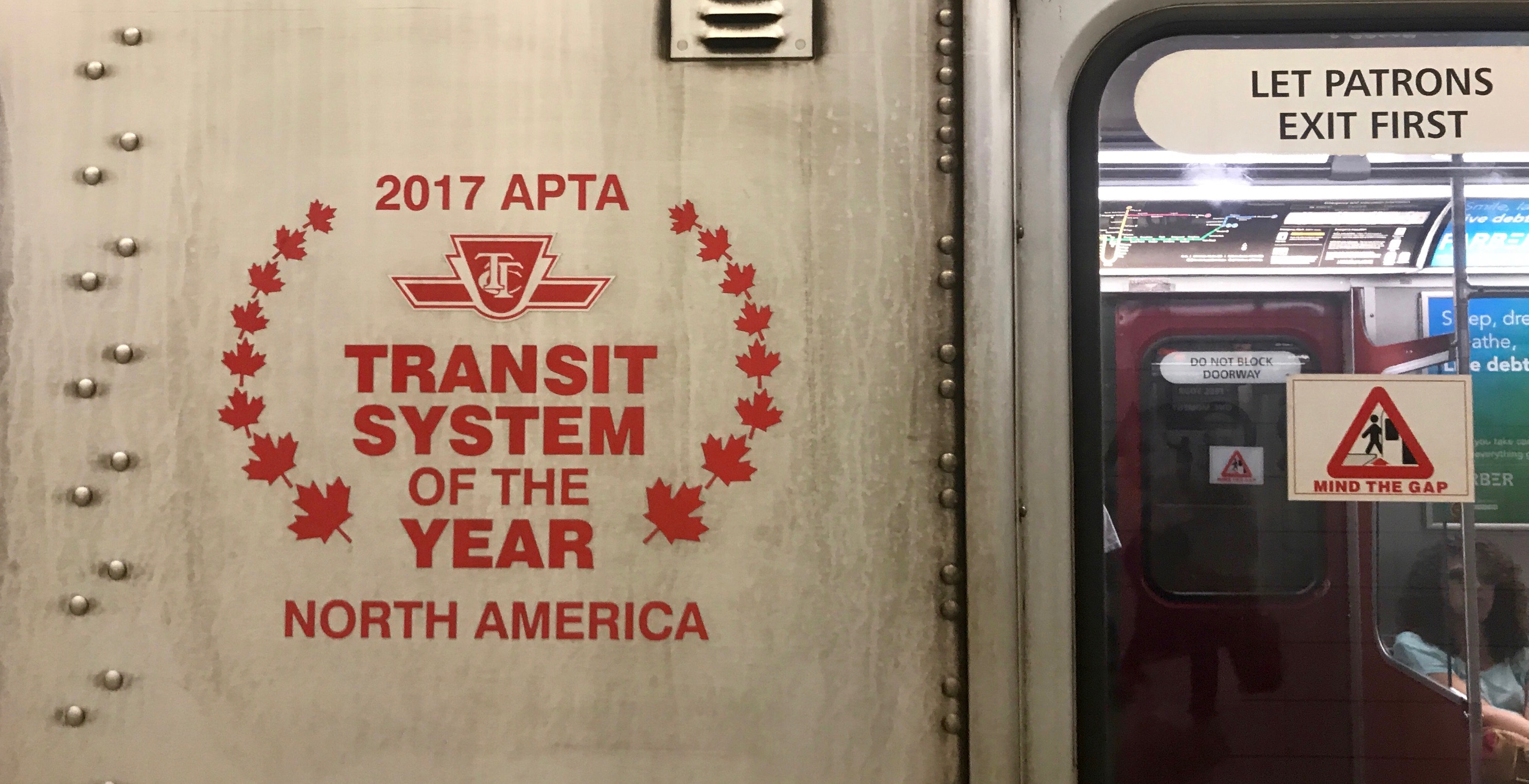 So much so, they are communicating this recent fact by spending roughly $50,000 on printing and installing 5,000 decals on its vehicles.

The transit industry award recognizes the transformative change the TTC has undergone over the last five years, and was selected by transit system peers across North America, according to the TTC. The last such award was won by the Toronto Transit Commission back in 1986.

And recently, TTC riders began to notice the decal on vehicles, which are mostly installed near vehicle doors.

TTC spokesman Stuart Green confirmed the cost of the decals to Daily Hive on Wednesday, stating that winning the prestigious award is a point of pride for the TTC and the city.

“Letting our customers know that their TTC has been recognized for its achievements and for the hard work of the 14,000 women and men who work for the TTC is important for any organization – particularly one as publicly accountable as the TTC,” said Green in an email. “Awards like these are not bestowed on transit systems for their perfection, rather they are recognition of the diligence to improve and the vision to improve even further.”

Green also states that the TTC has record customer satisfaction of 82% today, and has worked “diligently over the last five years to modernize and improve for the people of Toronto.”

In 2015, TTC Chair Josh Colle and Mayor John Tory announced a $90 million investment in the TTC to restore bus routes that had previously been cut in 2011. And last year, additional funds were given to the TTC to open the subway earlier on Sundays as well as to focus on streetcar reliability, according to Tory. This year, the City budget gave the TTC an additional $80 million which will continue the rollout of PRESTO across the system, open the York-Spadina subway extension by the end of the year, and buy 783 new buses.

By passenger volume, the TTC is North America’s third largest transit system, after only New York and Mexico cities. So naturally, not everyone is keen about the latest addition on the TTC vehicles.

@TTChelps I want to bring to your attention vandalism committed on the trains. Please address this. #ttc #transit #Toronto pic.twitter.com/Xt8jmFZJtg