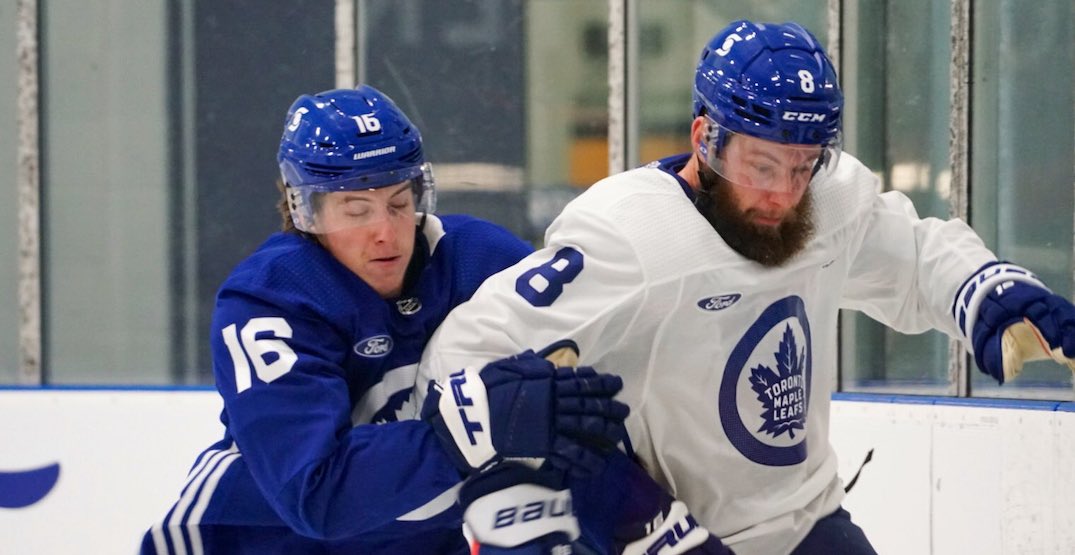 The Toronto Maple Leafs are back in action.

The team has announced that Saturday night’s inter-squad scrimmage will be broadcasted on both Sportsnet and TSN at 7 pm ET. With no preseason games this year, this is as close to a preview of the Leafs’ roster that you’ll get before opening night on Wednesday.

Leafs training camp began on Sunday, but this will be the first look for fans at the the 2021 team.

The Maple Leafs and MLSE will produce the game’s broadcast at Scotiabank Arena, and the club’s roster will be divided into two teams for the game.

Auston Matthews and Mitch Marner will headline Team Blue while Team White will have the likes of John Tavares and William Nylander.

“Though we will not be permitted to host fans at our games, we wanted to be able to include our fans in every way that we can, including our training camp festivities and the Blue vs White Game on Saturday night,” said Maple Leafs GM Kyle Dubas.