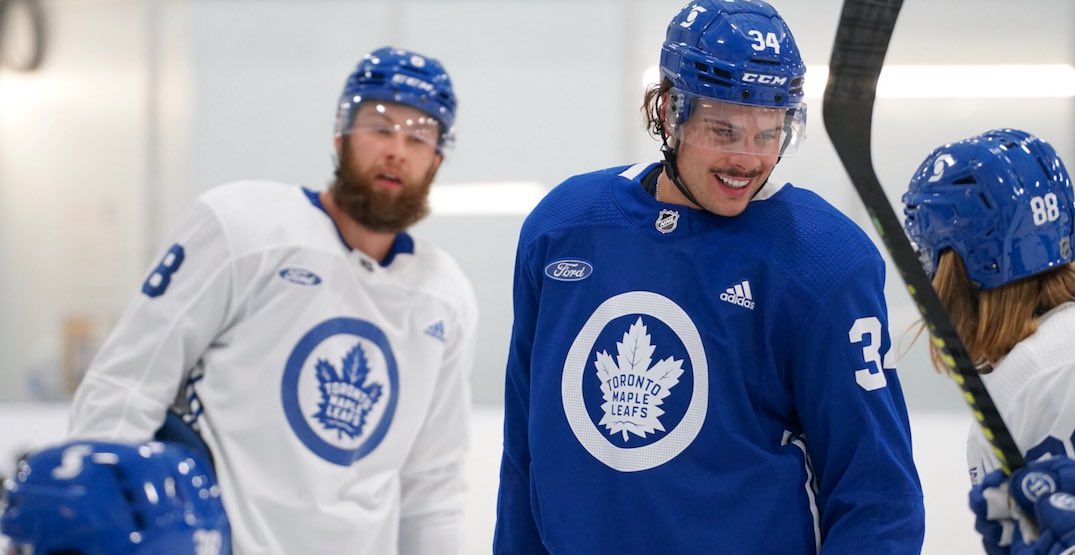 Unlike the Raptors, the Maple Leafs will call Toronto home this season.

Lisa MacLeod, Ontario’s Heritage, Sport, Tourism and Culture Minister, made it official today, releasing a statement on Twitter approving the NHL’s plan in the province.

“In consultation with Ontario’s Chief Medical Officer of Health and with support from local medical officers of health in Ottawa and Toronto, I am pleased to share that both of Ontario’s NHL teams, the Ottawa Senators and the Toronto Maple Leafs, will be able to host home games against other Canadian teams in their respective arenas this season,” said MacLeod.

The decision, which also affects the Ottawa Senators, will allow NHL games to be played in Ontario this season. Canadian teams will only play games among themselves during the regular season and first two rounds of the playoffs, in the newly formed North Division.

None of the games in Canada, including those played at Scotiabank Arena, will have fans in attendance.

“This approval was granted after close scrutiny of the rigorous health and safety protocols that will be adopted to keep players, staff, and our communities safe from the spread of COVID-19 while permitting Ontario’s NHL teams to play the game we all love to watch.”

MacLeod added that she looks forward to working with the Leafs and Senators on a public relations campaign to “warn Ontarians against the spread of COVID-19 and to rebuild confidence in minor sports post pandemic.”

The Ottawa @Senators and Toronto @MapleLeafs will be able to play home games in their respective arena's as they compete in the @NHL North Division. My statement here: pic.twitter.com/Q6bOGJeamV

NHL players, coaches, and staff will be continually tested for COVID-19 during the season, though the league will not operate in a bubble like it did during the playoffs last summer. The league has implemented a number of health and safety protocols, including restricting the movement of teams while on the road. Road teams will be restricted to the arena, practice rink, and hotel, with all meals being delivered to them or prepared within the hotel.

The season begins on January 13.