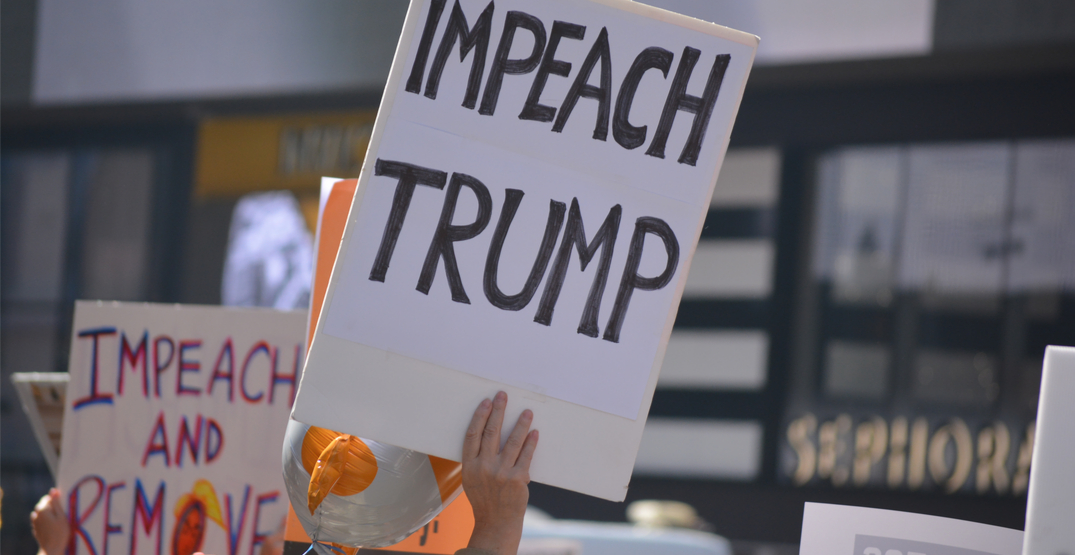 With a vote to impeach US President Donald Trump scheduled for Wednesday, December 18, an “Impeach and Remove” rally will be held in Toronto on Tuesday.

According to organizers, Democrats Abroad Canada, they will be joining Americans in more than 472 cities across the US and around the world to “voice support for the impeachment” on the night before the Congress vote.

“Join this historic nationwide mobilization on the eve of Trump’s impeachment vote,” reads the event post. “This event will be a highly-visible, family-friendly public gathering to demonstrate to our US lawmakers that US citizens living in Canada are behind them to defend the Constitution — and that Trump has left them no alternative to uphold their oath of office but to support impeachment and removal.”

Democrats Abroad Canada noted that the US Constitution provides that the House of Representatives “shall have the Sole Power of Impeachment.”

“Stating that President Trump has abused the powers of the presidency on Friday, December 13, 2019, the House Judiciary Committee passed a resolution: ‘Impeaching Donald John Trump, President of the US for high crimes and misdemeanours,'” they said.

They said that two Articles of Impeachment have been passed by the House: Abuse of Power and Obstruction of Congress, which both relate to his solicitation of interference by a foreign government (Ukraine) in the US 2020 election.

Organizers encourage those planning to attend the rally to bring signs and banners.

Impeach & Remove – Nobody is above the law

When: December 17
Time: 5:30 to 7:30 pm
Where: Superior Court of Justice Plaza — across from the US Consulate, 361 University Avenue, Toronto